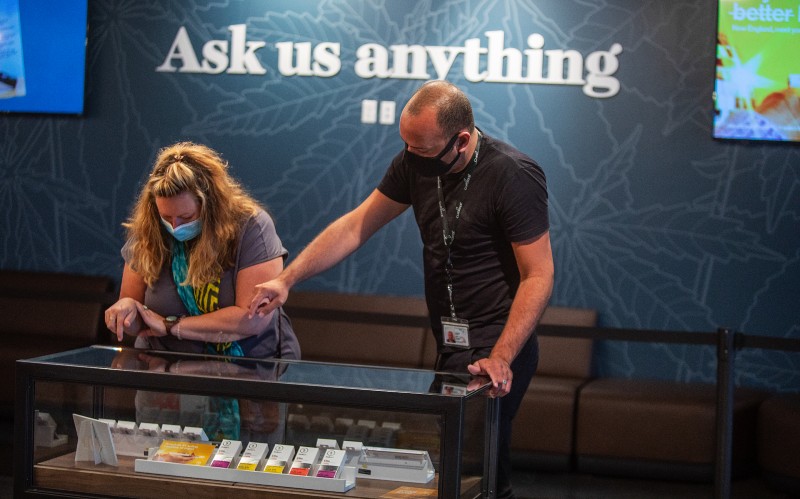 At one time, cannabis culture was easy to define, found in the pages of High Times or a Cheech and Chong movie.

As the “man” himself, Tommy Chong, reminisces “Back in the day, there was no cannabis industry, there was just weed and we called it…weed. Now you have the technology to have the cleanest, healthiest product. It’s making a healthy industry healthier, it’s really impressive. More and more people are getting involved in cannabis and seeing the medical benefits.”

While killing time on Facebook, because you know, there is so much time now, a friend posted a video from an event called the Canna Culture Cup hosted outside Chicago.

The video was exciting and fun, featuring a DJ with crazy hair spinning live under neon lights, people dancing, and of course a big fat bong popping in and out of the frame.

As the cannabis market matures throughout the U.S. and legalization progresses in almost every state, the Canna Culture Cup does represent a part of cannabis culture, but the new face of cannabis culture is much more diverse, it  isn’t just the stereotypical hippy chick with dreads or old stoner in a broken down van, it’s evolving to include a new, older demographic. 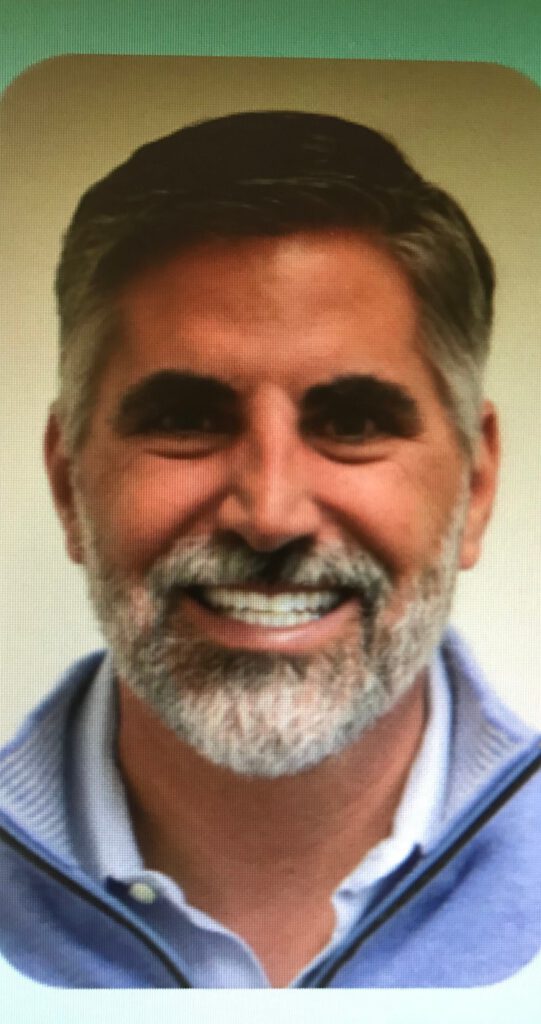 Michael Ward is the CEO of Harbor Farmz in Kalamazoo, Michigan, home to his grow and processing facility but also to pharmaceutical giant Pfizer.

At 49-years-old, Ward is a part of the new cannabis culture as well as an advocate for its evolution.

“A big part of why I got into this industry is the medical aspects of cannabis and the fact that I want to bring safe medicine to market for people like my parents, for the people who are struggling every day, which includes myself.

I have something that’s called Ankylosing spondylitis, which is an inflammatory issue that goes on throughout my body.

Doctors prescribed heavy pharmaceutical medicine and injectable medicine, like Humira, and the side effects of all of that and how those orals go through your liver, your kidney, your stomach, and affect you throughout.”

The medical evidence for cannabis has attracted people of all ages and walks of life to more natural, less addictive remedies than traditional prescription alternatives.

Alex Levine, owner of Green Dragon dispensary in Colorado, has seen a major shift in the demographics of his customer base.

“When we look at the demographics of who comes into our store, it’s remarkably broad. It’s everything from people who just turned 21 all the way to people in their 80s. It’s very broad because of the broad appeal. It appeals to different generations for different reasons,” said Levine.

“When you think about who is pushing for legalization, it’s not the 20-somethings like people would assume, it’s overwhelmingly people in their 50s and 60s and later. That’s who approves these ballot measures.” 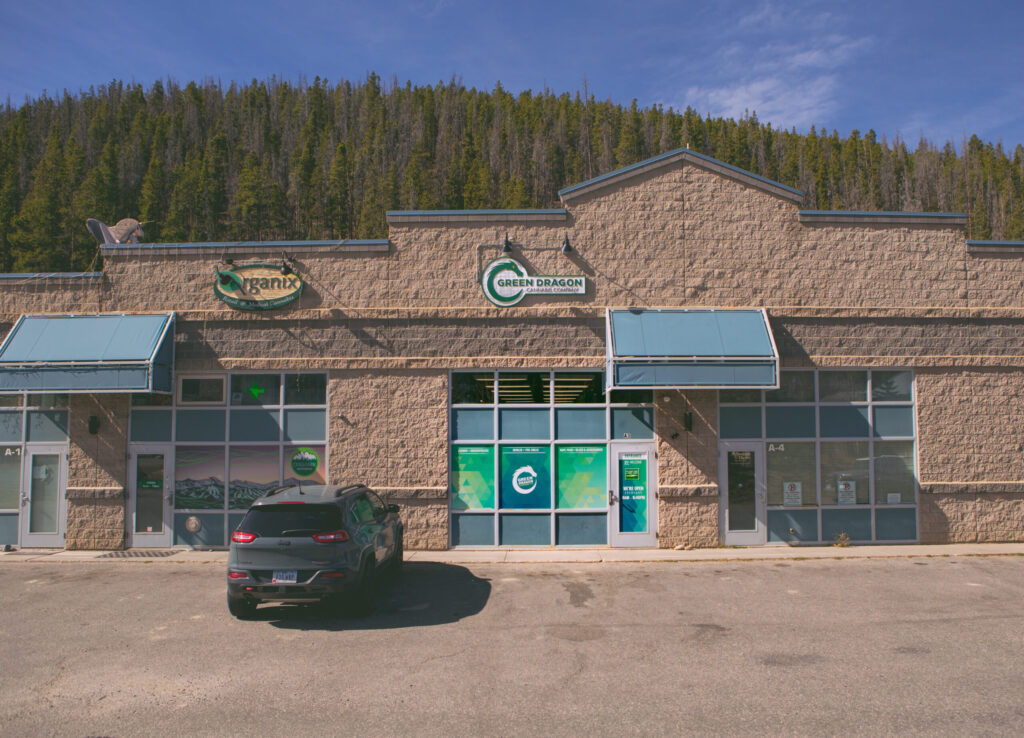 While the conversation of legalization may be new to you, it has been a topic that Gallup Polls has been tracking since 1969.

Back then when Gallup first measured the public views of cannabis legalization 12% of Americans backed it; by 1977, support had more than doubled to 28%.

In the most recent poll, 68% of American’s are in favor of legalization.

Moving further away from the “stoner” stereotype, on Friday December 4th, 2020 the House voted on and passed the Marijuana Opportunity Reinvestment and Expungement Act, or MORE Act, which would decriminalize cannabis and clear the way to erase nonviolent federal marijuana convictions.

The proposal would end a federal ban on marijuana and open the door to  the conversation to expunge cannabis-related criminal records.

“It is the right thing to do,” said a co-sponsor of the MORE Act, Rep. Earl Blumenauer, D-Ore., co-chair of the Congressional Cannabis Caucus.

“Public acceptance is at an all-time high,” he said. “This is an idea whose time has come.”

Election Day 2020 was a good day for cannabis.

Voters in five states: Mississippi, South Dakota, Montana, Mississippi and New Jersey all passed some sort of measure to legalize the use of cannabis in some form.

As the cannabis industry continues to take root state by state, the face of the cannabis culture will continue to evolve.

Make no mistake — there is an evolution.

Millennials (ages 23-38 as of 2020) make up the majority of cannabis sales in America: 42%-Medical and 48%-Recreational (according to a study by FlowHub).

Gen X, Boomers, and the Silent Gen make up a combined 41%-Medical and 35% Recreational, and those numbers are on the rise.

Scott is 53 from Chicago.

He smoked “weed” in college and in his 20’s but as the demands of starting a family and growing a business began to increase, like many people, his free time began to drop and with cannabis not being legal for most of his adult life, he would have a drink or two after work to wind down.

Now with two kids in college and a business taking a hit from COVID-19, sleep has decreased, and his anxiety level has increased. 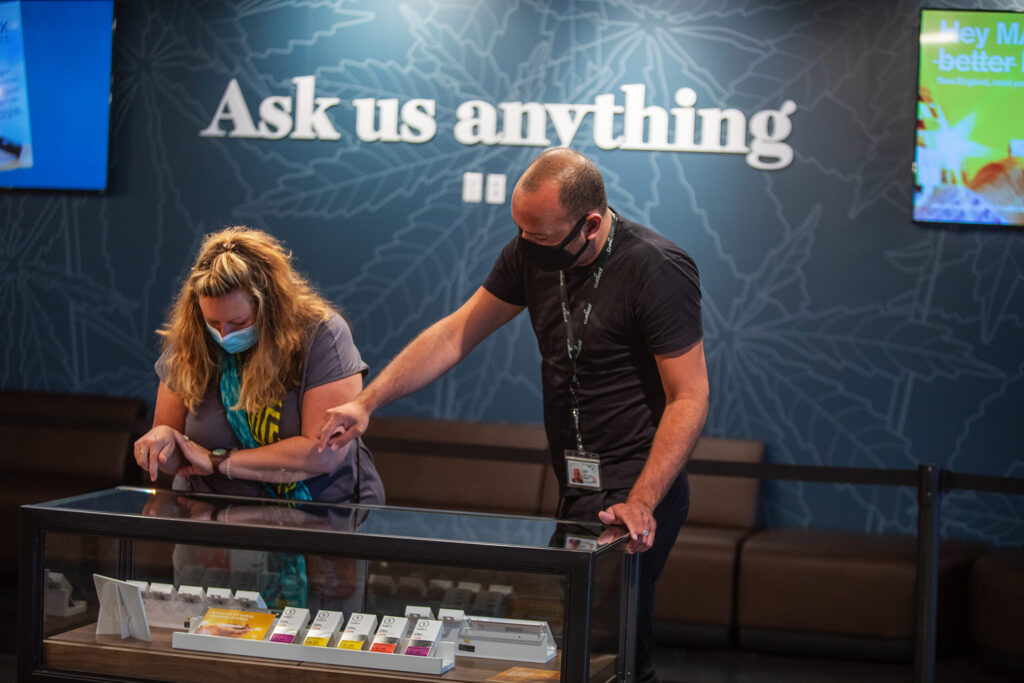 “A friend took me to a dispensary and at first it was surreal, for the first time in my life I was allowed to talk about “pot” without whispering.”

Scott’s kids are back in the house from college because of the pandemic, so his traditional smoking option was out.

“I never heard about tincture drops until the people at Greenhouse explained them to me, I take a few drops about an hour before I want to sleep and I can feel my brain and body calming down, it’s great. So different from my college “ditch weed” experience.”

Talley Wettlaufer, VP of retail at Curaleaf  (she oversees operations for all Curaleaf’s dispensary brands), has a front row seat to the new cannabis culture and who they are.

She oversees the retail operations at Greenhouse dispensary in Illinois.

“We have such a wide variety of customers; it’s reflected in our team as well.

Anyone walking into the store could see a variety of people that you would see in any other retail establishment.

You will see grandparents, you will see ‘Rosé moms’ and ‘craft beer dads.’ You will see college students over 21, it’s a wide variety.”

The MORE Act will most likely not be approved by the Senate.

If somehow it did pass, cannabis culture would add a new, important group to the community.

The MORE Act would allow veterans to receive medical cannabis recommendations from VA doctors to help treat conditions like PTSD and chronic pain that can naturally replace opioids and other very addictive drug alternatives that have for too long been the only option.

For 38-year-old Jean from California, this kind of national understanding of cannabis and how it can help with more than getting high is a welcomed relief.

Gene is the “PTO Mom,” well coiffed, well dressed, and well liked, but beneath her appearance is a history of chronic migraines and a failed marriage.

“I married my college boyfriend, we have two kids and the picture perfect house, then everything went wrong.”

The tension of the divorce and having to raise kids on her own made her migraines almost too much to handle.

Jean shared: “It was hit and miss for me. I tried tonic, vape, and a few other things, finally Yuzu 2:1 CBD/THC gummies at night helped alleviate the pain and the stress, while keeping me functional and alert if my kids needed me.”

Gallop also took a look at Americans’ support for legalizing marijuana among demographic groups and the stereotype of the poor college kid or urban minority is slowly evaporating, replaced by well-educated, financially stable older demographic.

Some other interesting stats of who makes up the new cannabis culture and are in favor of legalization: Republicans 48%, Independents 72%, Democrats 83% (it’s a shame Biden can’t have an inauguration party… just sayin’).

The change in cannabis culture is something that has been a long time coming.

Ward continues, “We aren’t just a bunch of hippies growing grass in our basements and just getting high — that is not what it is.

The new cannabis culture, to me, is embracing the medicine and the attributes that come from this medicine and educating the masses.”