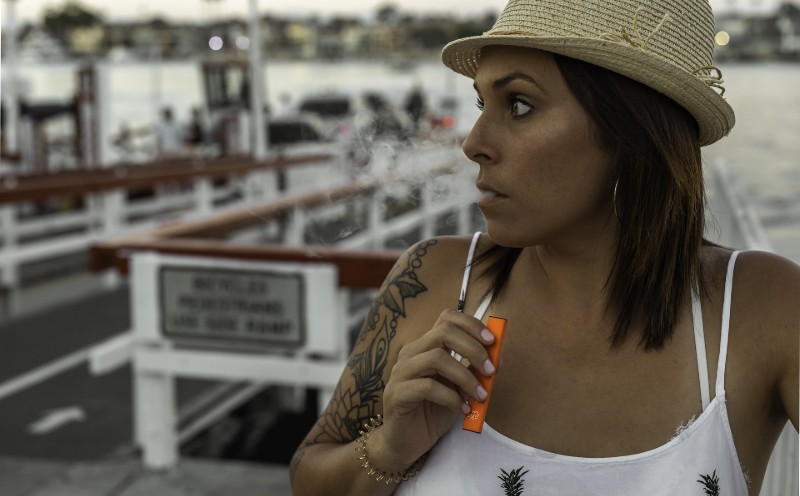 Vape pen cartridges are very popular in the United States, however, they are somewhat of a novelty in other countries. That is likely to change in the future as vape pen cartridge technology spreads to other markets around the globe.

For those that are unaware of what a vape pen cartridge is, it’s a cartridge filled with a cannabis concentrate oil.

The cartridge attaches to a battery that heats up an element or wick inside of the cartridge, and that creates a cannabis vapor that the consumer inhales.

For many consumers, a vape pen cartridge is preferred over smoking cannabis since it’s so convenient, discrete, and yields significantly less odor.

Vape pen cartridges were often billed as being a less harmful alternative to smoking. In recent weeks that claim was put to the test due to an outbreak of illnesses in the United States.

Illnesses and Deaths Attributed to Vape Pen Use

That changed roughly 2 months ago when a number of illnesses, and even some deaths, were reported across the United States that were attributed to vape pen cartridge use.

As of November 5, 2019, 2,051 cases of illness had been reported to the United States Center for Disease Control from 49 states (all except Alaska), the District of Columbia, and 1 U.S. territory.

Thirty-nine deaths have been confirmed (from 24 states and the District of Columbia).

For several weeks researchers and regulators scrambled to try to determine what was causing the illnesses, all the while with cannabis opponents making unfounded claims that the legal cannabis industry was to blame.

Cases were reported in states that do not have a regulated cannabis industry.

Many observers pointed out that vape pen cartridges are used in several countries around the world, yet the outbreak of illnesses and deaths seemed to be isolated to the U.S.

Researchers Think They May have Found the Culprit

News recently broke that regulators and researchers have identified what they believe to be the cause of the issue – vitamin E acetate.

When cannabis oil is created, it’s often too thick for vape pen cartridge technology to create the desired amount of vapor that many consumers prefer.

Vitamin E acetate helps dilute cannabis oil which in turn results in larger vapor production which is desirable for some consumers.

Unfortunately, the vitamin E acetate is suspected of causing lung injuries in addition to creating a more desirable vapor production.

A lot is still unknown regarding what else, if anything, is contributing to the outbreak of illnesses in the U.S. Consumers should definitely avoid cartridges that contain vitamin E acetate in any amount.

They should also be concerned about what else may be in their cartridges.

A Valuable Lesson for Other Countries

Cannabis concentrates are a relatively new thing from a regulated cannabis industry standpoint. Hash of various types have been around for many decades, however, regulated concentrates are either very new in certain international markets or are still prohibited.

As legalization spreads across the globe and new regulated markets are created, policymakers, regulators, and industry members in those countries should strive to learn from the recent vape pen crisis in the U.S.

The United States had to learn the hard way about its holes in vape pen cannabis cartridge regulations, which is extremely unfortunate.

When other countries are crafting their industry rules and regulations, they need to absolutely ensure that vitamin E acetate is a prohibited ingredient.

Regulators also need to be mindful of other additives in vape pen cartridges. Just as vitamin E acetate was not on regulators’ radars in the U.S. until now, so too could other harmful additives be slipping through the cracks.

Another lesson that other countries can learn from the crisis in the U.S. is how to publicly respond to the matter in an effective way.

If/when there is an issue with vape pen cartridges in other nations, or with any other type of cannabis product, regulators need to ensure that messaging involves a heavy focus on science and research.

Science should drive the conversation, not political hysteria and speculation, which is what largely occurred in the United States in recent months, unfortunately.