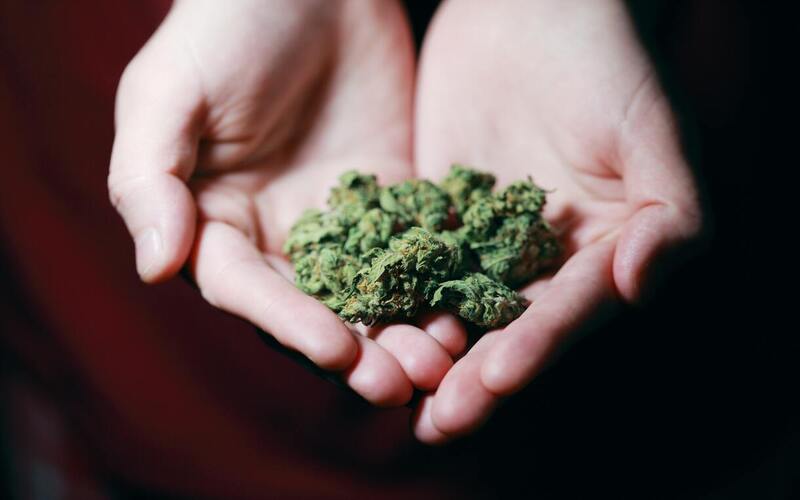 The Virginia General Assembly voted to legalize home cultivation of up to four cannabis plants for adults 21 and over. The law will take effect July 1 of this year, three years earlier than the previously proposed date of Jan. 1, 2024. As of July 1st, adults ages 21 and over can possess an ounce or less of marijuana.

Democratic Gov. Ralph Northam suggested moving up the date because it would arguably be a mistake to continue to criminally penalize people for possessing a plant that will be legal down the road. Lawmakers had initially agreed to legalize the possession of up to an ounce of marijuana for adults 21 and older starting in 2024.

Lt. Gov. Justin Fairfax, also a Democrat, cast his ballot in favor and broke a 20-20 vote tie in Virginia’s Senate to pass the bill. Not a single Republican supported the measure. The vote makes Virginia the first state in the South to green-light adult-use cannabis consumption.

While possession of cannabis will be legal much sooner than expected, sales will most likely begin on the date initially set for the legalization of possession, in 2024.

Unlike legalization in New York, where cannabis smoking is permitted anywhere cigarette smoking is allowed, smoking in public or vehicles will still be illegal. Penalties will remain for underage use of cannabis and possession on school grounds.

The bill is inclusive of automatic expungement of past misdemeanor cannabis-related convictions.

“Today, with the Governor’s amendments, we will have made tremendous progress in ending the targeting of Black and brown Virginians through selective enforcement of marijuana prohibition by this Summer,” she said in a statement.

Republicans voiced a plethora of objections to what they described as a cumbersome, nearly 300-page bill. Several criticized measures that would grant licensing preferences to people and groups who’ve been affected by the war on drugs. For years, the New York state sponsors of the Marijuana Regulation and Taxation Act (MRTA) fought hard for similar measures to be included before it passed.

According to public radio station WSHU, the advanced timeline complicates the situation. “While it will be legal to grow up to four marijuana plants beginning July 1, it could be several years before the state starts licensing cannabis retailers. And unlike other states, the law won’t allow the commonwealth’s existing medical marijuana dispensaries to begin selling to adults” without state-issued medical marijuana cards immediately.

“In the interest of public and consumer safety, Virginians 21 and older should be able to purchase retail cannabis products at the already operational dispensaries in 2021, not in 2024,” Pedini said in a statement. “Such a delay will only exacerbate the divide for equity applicants and embolden illicit activity.”

Gov. Northam and other Democrats pitched cannabis legalization as a way to address the racial disparities of cannabis convictions that were detrimental to communities of color, which were the most impacted by the war on drugs.

According to NPR, one state study found Virginians of color were 3.5 times more likely to be arrested on marijuana charges than white people. Those racial disparities persisted even after Virginia reduced penalties for simple possession to a $25 civil fine. Subsequently, last week, Gov. Northam resuscitated previous efforts to remove the penalty, starting this summer.

Northam’s amendments also authorize the cultivation of up to four pot plants per household, beginning July 1. Virginians growing cannabis inside their homes (“home grow”) must label their plants, keep them out of public view, and out of range of anyone under 21.

“I think providing a safe, legal means for folks to produce while we set up the regulatory framework is important,” said Sen. Jeremy McPike (D-Prince William).

The bill specifies a category of “social equity” applicants, such as people charged with marijuana-related offenses or who graduated from historically black colleges and universities. The regulatory body will prioritize entrepreneurs of color for state-granted licenses.

Like Virginia, New York and New Jersey’s recently-passed cannabis legalization bills also focused on restorative justice. Gov. Northam’s proposal designates 30% of funds to allocate towards the restoration of communities affected by the war on drugs, compared with 70% in New Jersey. Another 40% of Virginia’s cannabis revenue will go toward funding early childhood education, with the remainder to fund substance abuse treatment and public health programs.

Those plans, and much of the bill’s regulatory framework, are still tentative; Virginia lawmakers will have to deliberate, approve, and implement them again during their general session next year.

Some criminal justice advocates say lawmakers should also reconsider and clarify language that creates a penalty for driving with an “open container” of marijuana.

In the absence of retail sales, some law enforcement members said this directive is unclear or confusing. Child-proof or concealing packaging is one aspect of the framework that still needs to be ironed out.

Bipartisan lawmakers admit additional clarification regarding when the law may punish civilians for driving with an “open container” of marijuana is necessary.

Sen. Scott Surovell (D-Fairfax) said, “We are definitely going to have to come back and look at that again next session to further refine the concept,” Surovell said. “The safest course of action for anybody is after July 1, is if you have marijuana in your car, you should probably keep it in your trunk.”

Although Gov. Northam proposed immediate funding for a public health campaign on the risks of cannabis and police training to identify driving under the influence, some Republicans complain that the accelerated timeline does not give law enforcement enough time to prepare.

Sen. Bryce Reeves (R-Spotsylvania) raised concerns with the rapidity with which the legislature is approving vast changes proposed by Gov. Northam.

“There is a right way and a wrong way to do this. We are doing this the wrong way by trying to rush another bill with more than 50,000 substantial changes,” Reeves said.

The bill will make it easier for workers in the industry to unionize. Republicans, including Sen. Bill DeSteph (R-Virginia Beach), took umbrage with a last-minute campaign to include workers’ protections.

Gov. Northam’s amendments allow the newly-established Cannabis Control Authority to revoke a company’s business license “if they interfere with union organizing efforts, fail to pay prevailing wage as defined by the United States Department of Labor, or classify more than 10 percent of employees as independent contractors.”

“The business community in my region and across the state of Virginia are very upset. They see this as a back door way to appease labor unions,” Sen. DeSteph said.

Unequal enforcement discriminating against people of color has persisted under marijuana decriminalization, with many receiving harsh sentences under the “mandatory minimum” law.

Mandatory minimums have played a prominent role in state criminal sentencing for over 25 years. Though Virginia judges must formally sentence within the ranges of punishments outlined by the law, they typically have the authority to suspend any of that time as they deem appropriate.

Sen. Joe Morrissey (D-Richmond) threatened to withdraw his support of the bill without assurance that the General Assembly would eliminate most of the mandatory minimum sentences in the future – something lawmakers failed to do this year.

Sen. Joseph Morrissey, D-Richmond, chief co-sponsor of the Senate version of the measure, said at that time, “Everybody’s talking about the marijuana bill, but that pales in comparison to the mandatory minimum bill.”

After a 30 minute recess, which undoubtedly contained further negotiation, Sen. Morrissey came around.

“I have a commitment from both the governor’s office and my caucus that they are 100%, absolutely behind me in moving forward to the elimination of mandatory minimums,” Morrissey told 8News before the final vote.