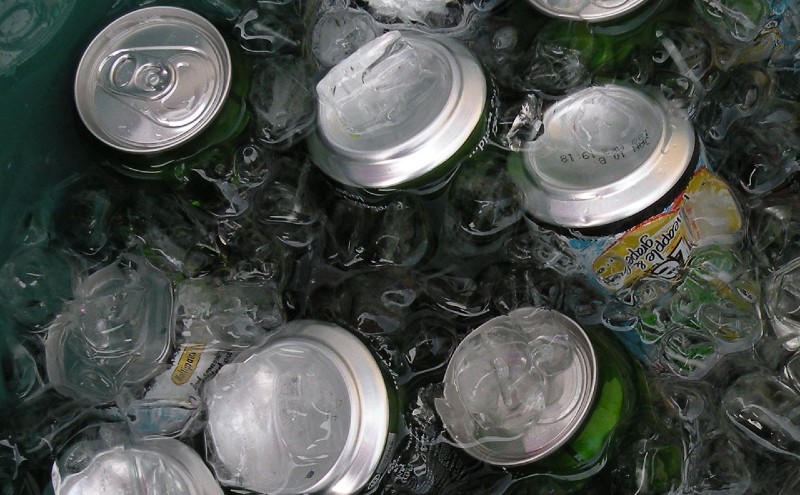 Canned beverages are popular all over the world. Soda is the most common beverage that consumers purchase in canned form, however, there are many other types of beverages that also come in an aluminum can.

The beverage sector of the cannabis industry is still largely in its infancy, but is making strides, at least on a micro level.

Most of what is legally available today is contained in glass containers. As the sector continues to mature and evolve, it’s likely that an increasing amount of cannabis beverages will be mass produced and shipped to faraway places.

From that perspective, incorporating aluminum cans makes sense, however, researchers recently found an issue that may dramatically limit the potential of the international cannabis beverage industry.

Packaging various types of beverages in aluminum cans provides a lot of benefits to manufacturers and consumers. It’s easier to make, easier to ship, and the end product is typically cheaper for consumers.

Those factors are really important when you are dealing with products that are going to be shipped across great distances.

Unfortunately for cannabis consumers around the world, common liners used in aluminum cans can potentially affect the potency of cannabis infused liquids. Liners are used for various reasons, including preventing the product from developing a metallic taste and reducing corrosion.

According to the results of recent scientific research, when cannabis beverages are pressurized during packaging, that can cause the liner to attract tiny emulsified droplets of THC which lowers the potency.

It’s worth noting that the research was conducted by a company that is geared towards trying to solve the issue with the goal of generating profits.

A Bigger Issue for Larger Companies

The liner issue is typically not a problem for locally-based craft cannabis companies. Many smaller companies design products that do not have to travel very far, that will be sold fairly quickly, and that are sold at a price that mitigates the cost to manufacturers of non-aluminum packaging.

Larger cannabis beverage makers are going to have a much harder time scaling up their operations in ways that don’t involve filling aluminum cans, and with it, the liners.

According to Deloitte, just the Canadian cannabis-infused beverage market alone will be worth $529 million annually. Clearly an opportunity exists to solve this problem and make a handsome profit from doing so.

Ultimately, the global cannabis-infused beverage market’s future profit potential could be tied to this issue. If it isn’t solved in an effective, efficient way, it’s quite possible that the sector’s worldwide growth could be significantly stunted in the coming years.