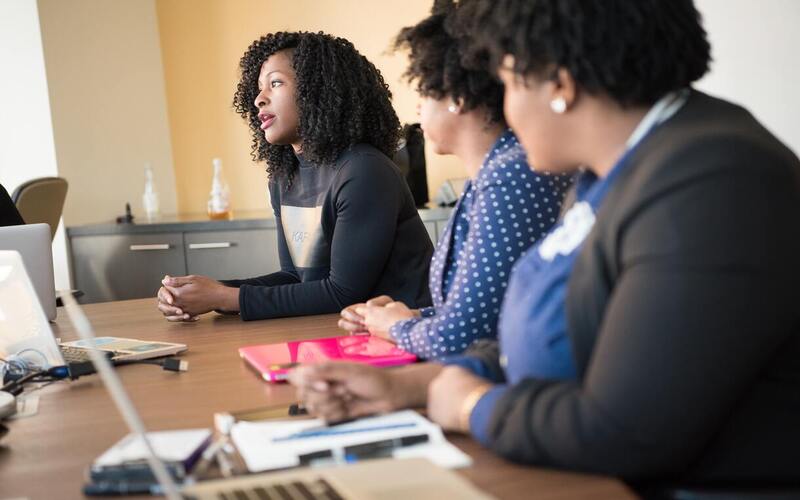 Women’s History Month may have passed, but it’s always a good time to honor the strong women working in male-dominated industries like STEM. Not only is cannabis male-dominated, so are many different technological areas like science and engineering. But, women are working in these spaces and fighting for greater representation.

We Need More Women in STEM 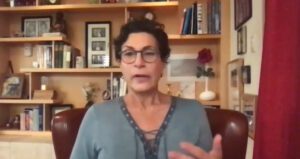 Gordon explained, “I’m a process engineer by training and started out in a very male-dominated industry and moved into engineering after burning out from a very, very stressful male-dominated field and I went right smack into another one. When I first started working in Silicon Valley and in the private industry with these skills, I was often just overwhelmed with the differences and how we were treated. Even subordinate males to me were treated better sometimes by upper management. Even so, bringing those skills over to cannabis has been really an amazing journey for me.”

“As far as having the ability to dominate, in some ways in a field that didn’t have very many other people in it, there certainly weren’t any process engineers running around when I started a decade ago in this field.” Gordon continued.

“So it’s been very interesting, very exciting, and in some ways very sad to see the way that the industry has evolved. When I say industry I mean the way the traditional cannabis industry is involved with the women’s roles, the money, the types of businesses…  I think we have enough today to fix that and I think that these three women that are here today are part of how we’re going to do that.” As Gordon has been in the industry for so long, her lived experience is corroboration of the statistics we know about women in male-dominated industries.

Gordon introduced Dr. Haleli Sharir, Sarah Blankenship, and Dr. Swathi Varanasi. Sharir is a part of the science and engineering sector. After being in the industry for nearly 20 years, she currently works as the VP of Business Development at a cannabis company in Israel, her home country. Additionally, she was one of the first to investigate the roles they assigned of GPR 55 in the third parameter sector.

Blankenship is the founder and CEO of RightSciences, a biotech firm where they make products out of plants for the human body. One of their flagship products is a transdermal patch called the CVA Patch. Blankenship created this product for her mother after she had a stroke and needed reliable relief. Blankenship also spent around 20 years in technology, working at places like Microsoft Zynga during the IPO years.

Lastly, Varanasi is part of the science and medicine sectors of STEM, she has a focus on integrative health and cannabis pharmaceuticals. She is passionate about education in natural medicine, especially when it comes to consumers, practitioners, and students. She offers many online courses, as well as the first course specifically created for pharmacists learning about the endocannabinoid system and those entering into cannabis therapeutics.

Underrepresentation in STEM is Damaging

Gordon began the panel with “I appreciate each of you that are here to learn today about women in STEM and how that might be a fitting for you and if not for you, maybe your daughters, your sisters, your loved ones, or your neighbors, so you can pass on the good information. We have with us today three really accomplished women that I’m excited for you to have a chance to hear from.”

She continued with one of the first questions posed, “So when you get out into an actual business and you’re each doing the things you want to do, are you finding that [raising women up] translates to the real world? Or when you actually do start having the conversations about raising money and the leadership roles when you look at the “About Us” pages on websites, is there the token woman and a bunch of white guys?”

Varanasi began by explaining that she began in this industry in pitch competitions, “Something that we’ve experienced is like having preliminary conversations with investors but then it doesn’t proceed from there. Then when we’re talking to our colleagues that are part of XYZ companies, our male colleagues, they’ve had very different experiences.”

“So, almost being led on in a way and almost thinking that you have this possibility of getting this capital and it doesn’t happen. Additionally, the statistics when it comes to the capital is just unbelievable to me,” she continued, “I think 3% or 4% of the investments actually go to women and were minority-owned too, so it’s pretty much even lower for us. So, yeah, it’s definitely something that needs some change.”

Blankenship agreed, explaining she began her business, she felt the statistics didn’t apply to her. However, they were statistics for a reason and unfortunately, her business “failed spectacularly.” 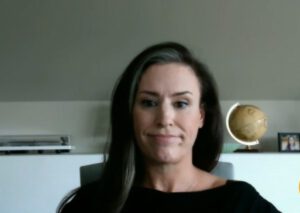 She continued, “I realized the system is not set up as great as the words are, and that as great as the diversity and inclusion programs are at places,  without specific goals there’s no needle that’s ever gonna be moved. So one of the things that we’ve done in our company was we changed our strategy to raise money for only women or people of color.”

“For example, like we said, ‘No,’ to pitching to Snoop Dogg’s team because it’s not diverse enough. I don’t have the time to teach people about why they shouldn’t have bias. I need to go with folks and organizations that already have values in line and in terms of what they care about and honestly if they don’t exist, we have to create that for ourselves. You know, we’ve had to create the networks for ourselves, we create the fundraising programs for ourselves,” Blankenship explained.

Having to create programs in order to succeed in a male-dominated industry is a great example of how difficult it is to have to pave your own way. Both cannabis and STEM programs are not commonly designed for women to succeed.

Due to this need to create our own path, Gordon brought up mentorship and how important it is to assist the generations behind you to succeed. “Have you all had mentors or been mentors to other men or women any point?” 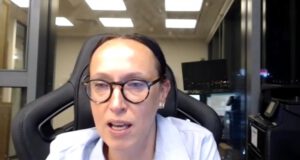 Sharir replied, “Well we had a mentoring program during high school that was compulsory at the time.” Dr. Sharir began, “but I think it’s a really, really good thing. Ever since grad school, I had mentors but they were not meant to be my mentors even though they became my mentors along the way. And now my mother is my mentor.” She also says she feels being a mentor has been an energy boost for her.

Varanasi also has been a mentor and has mentors herself. “I’ve had really incredible women mentors and I think that was a way I could see they were able to accomplish something. I had so much respect for them and their ability to still be able to accomplish great things and maintain a balance in their life. The way that they combated the male gaze in the business industry was really, really beneficial for me. So I’m very passionate about mentorship myself when it comes to students.”

“That’s something I’ve really gone out of my way to do with students at my university who are minorities and women and are looking to do something a little more unconventional and forge their own path. I forged a path in a niche that didn’t even exist and I want other people to be able to feel like they can do that.”

As Varanasi finished, Blankenship also spoke of her mentors. For Blankenship, “I’ve also benefited greatly from informal and formal mentorship and the roles it put in my life. What it’s done for me and the company is put accountability in our way, and put in a person that you respect who wants to know about how you’re succeeding and makes you want to, you know, succeed for yourself and compete with yourself in a different way. If you have this, other accountabilities, resilient systems, built-in.”

Blankenship continued, “As well, as we mentioned with women in leadership, and in the statistics, we’ll understand this. We’ve really tried to hire and promote nontraditional folks that maybe are in completely different fields or were never considered smart problem solvers. In the market today, regardless of your background. There are so many smart problem-solvers that could really be driving this new engine fueled by science and technology. It’s really exciting.”

Gordon asked the panel, “What has been the best advice you’ve received from your mentors?”

Blankenship answered, “Some of the best advice is just don’t mess it up. But, some of the advice that I treasure is there’s always somebody that’s ahead of you, know that you’re competing against yourself. This the sort of false comparing ourselves with others, you know, really if we can bring that focus back on how we want to be excellent, how we want to change the community that we live in, how we want to implement change in the business with a set of team members that had never done something like this. It can be really exciting.”

Varanasi explained how in her mentorships, she learned that comparison can actually be a positive. “One of the best pieces of advice are things that I always have this going in my head is ‘if she can do it, so can I’ and that’s something that one of my mentors used to say all the time and so I actually think of in that way comparison is more of a positive.” 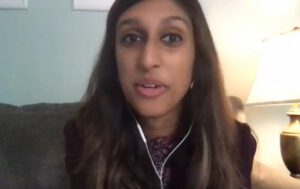 As Sharir spoke of her best advice, she mentioned how she still receives this on a near-daily basis, “The best advice I ever received was that I must follow my intuition, that I have the answers but to reach them I must trust myself. My intuition is right.” Having faith in your gut is a type of confidence all people need to muster up and feel good about.

Being a woman in such heavily male-dominated industries can be quite difficult. Women must pave their own way and create worlds from nothing. There are many things that need to change within both cannabis and the STEM industries, but as Blankenship stated, there can be no change without legitimate goals being made and passed. The women in these industries are welcoming a new generation of women leaders and inviting them to stand tall in male-dominated circles. One way to make this easier is to begin hiring and investing in more women, especially those with newly-created STEM companies and ideas.