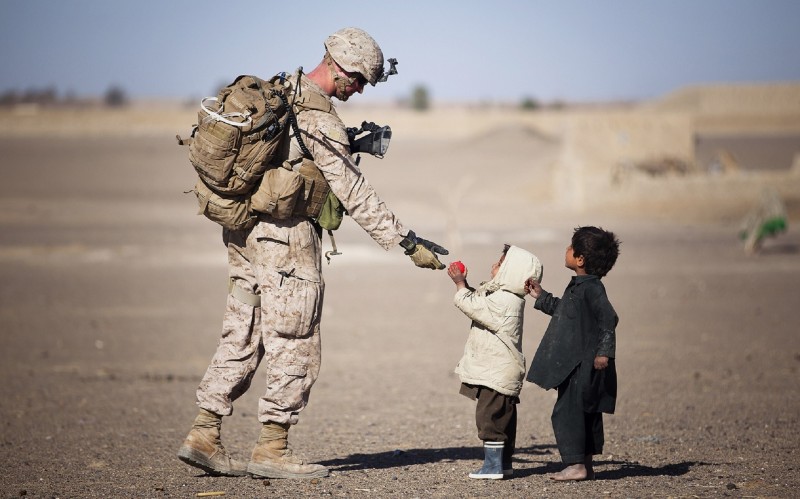 This Veterans Day, Cannabis & Tech Today honors those who served and continue to serve in our nation’s armed forces and the individuals and organizations that support them. Operations including the Veterans Cannabis Project, the Veterans Cannabis Coalition and Veterans for Cannabis support medical marijuana access for veterans.

Voters in states across the country, including in Arizona, Mississippi, Montana, New Jersey, and South Dakota, on November 3rd, indicated in favor of legalizing aspects of consumption of cannabis.

However, the USA still has a long way to go towards federally legalizing the plant.

Veterans Cannabis Project (VCP) is “committed to closing the state-federal divide in legal cannabis access and ensuring that new state programs are implemented in ways that benefit veterans who rely on cannabis as a treatment option.” VCP “are prepared to continue this fight in the new Congress in Washington, D.C. and across the U.S.”

Additionally, the VCP “calls on Congress to authorize VHA doctors to recommend and assist veterans in accessing medical cannabis, provide legal protections to ensure veterans can access cannabis without fear of losing their jobs or benefits.”

Decorated Vietnam veteran and career civil servant, retired Capt.Henry Cobbs, who spent 22 years in the Air Force, was terminated from his prestigious position as dean of academics at the Air Force Special Operations School (AFSOS), for vaping doctor-prescribed cannabidiol (CBD) to treat his prostate cancer. CBD is largely regarded as non-intoxicating in small quantities and generally contains less than 0.3%, if any, tetrahydrocannabinol, the component in cannabis that produces a “high.”

Cobbs’s frustrating scenario tarnishes his well-earned legacy and threatens to harm the careers of myriad members of the military. To date, military members on active duty can not use hemp-based CBD products.

“As a veteran, a citizen, and a human being, Henry Cobbs has an inalienable right to self-care,” says Eric Goepel, founder, and CEO of Veterans Cannabis Coalition.

The VCC calls on Veterans Affairs (VA) to research the impacts of cannabis on common veterans’ health issues.

Meanwhile, U.S. Navy SEAL, Nick Etten serves as founder of the Veterans Cannabis Project (VCP) which works to  raise awareness about how veterans can benefit from cannabis use.

The VCP also strive to create a community that can “heal our nation’s broken approach to cannabis and provide veterans with safe, legal access.”

Additional advocacy group Veterans for Cannabis (VFC) promote the use of CBD and aims to reduce the scourge of suicides relating to Post Traumatic Stress Disorder (PTSD) which commonly plagues veterans.

Upwards of 20 percent of the 2.7 million Iraq and Afghanistan veterans will experience post-traumatic stress or depression, according to the U.S. Department of Veterans Affairs (VA).

According to its website, the VFC “organized a privately-funded program with a focus on reducing PTSD suicides and accidental overdose deaths caused by prescription pain medication in our Veterans and the general public. The VFCF-50 program uses DNA sequencing to determine-and verify the identity of-cannabis strains effective in reducing or alleviating the symptoms of PTSD and Chronic Pain. The VFCF-50 case study represents the 22+ Veterans that take their own life each day and the more than 25 lives lost in our Veteran community each day from accidental overdose.”

While continuing to honor and appreciate those who make the ultimate sacrifice to protect the citizens of the United States, becoming familiar with the organizations that advocate for safe and legal cannabis and CBD access for veterans is the next logical step to take on Veteran’s Day.

Collectively, these noteworthy organizations are making great strides in their missions to achieve safe and legal cannabis access for recovering military service personnel.