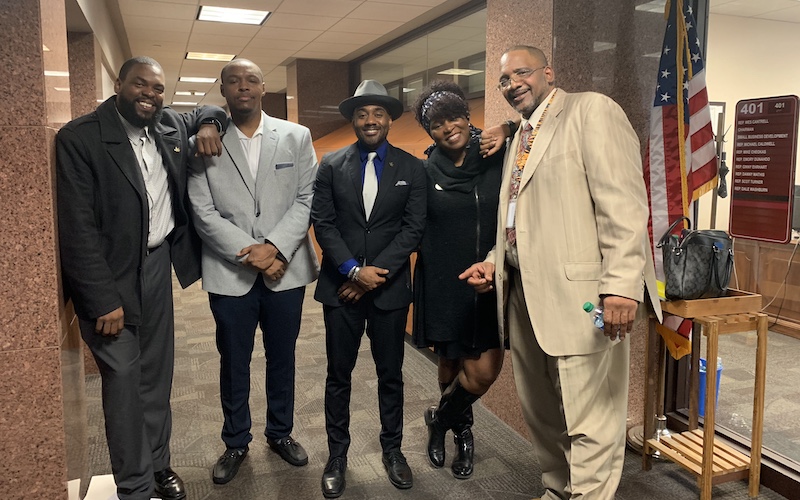 According to a 2017 report by Marijuana Business Daily, only 17 percent of cannabis-related businesses employ minorities in an executive position. While this is slightly higher than the overall average of U.S. businesses (13 percent), it’s still clear that the booming industry is in need of more diverse leadership. This is something that Roz McCarthy is looking to change with her nonprofit organization Minorities for Medical Marijuana.

Based out of Orlando, Florida, Minorities for Medical Marijuana looks to make the cannabis space more inclusive by utilizing education, thought-provoking events, and advocacy. The organization has big plans for 2019, such as working towards the decriminalization of cannabis possession, creating a diversity plan for license applicants, and pushing a bill resisting a monopoly in the medical marijuana industry. Named one of the High Times’ Top 100 Most Influential People in Cannabis, Roz McCarthy, who spent 25 years working in healthcare management, radiates a passion for what her organization stands for, something that became clear throughout our conversation. In this exclusive interview, she reveals the inspiration that led to creating Minorities for Medical Marijuana and the nonprofit’s major progress in the tech world.

Cannabis & Tech Today: Tell me a bit about the origins of your organization.

Roz McCarthy: I grew up with the mindset that if you smoked pot, you were not concerned about your future, because my parents said, “Listen, we do not do drugs. This is not noble, this is not an option.” And I was in that bubble. After doing the research, I realized that my mom, who passed away in 2005 from breast cancer, could have maybe benefited from being able to have cannabis as another alternative for the nausea and the pain that she was going through. And, on top of that, my son has sickle cell anemia, a disease that is very prevalent mostly in the African American community, and the pain that is associated with that disease is, on a scale of 1 to 10, between a 9 and a 10.

I have been in and out of the hospital with my son since he was one-and-half years old, dealing with pain and trying to make sure that they were not trying to overdose him on morphine and all these other different opioids. That by itself made me really kick it into gear and say, “If my son ever has a need for this medicine, with the stigma that is attached to our community and as a young black man, I don’t want people to say, ‘He is just trying to get high.’” No, he is just trying to be well and, because of my consulting background, consulting non-profit organizations, writing grants and consulting the African American Chamber, I knew how to put together a nonprofit. I knew how to create a board.

So, I said, “You know what? I am just going to create an organization that is specific for minorities for this industry.” I put all my finances into it, I stopped consulting, I literally just put everything into it. Once Amendment 2 passed in Florida, we partnered with United for Care. They were willing to work with me and that is what started giving me some credibility in the marketplace. Then, once Amendment 2 in Florida passed by 71 percent, people knew about the organization, and that is when we started getting traction, and it has been take-off since then.

C&T Today: How have you seen the overall view of medical marijuana change after 25 years of working in the healthcare space?

Roz McCarthy: If you were not on the west coast, there was not even an option for conversation. It wasn’t even in your purview; you weren’t even thinking about it as an option for care. Cannabis was never recognized as a plant in the option for care. It was only in the last two-and-a-half years, and we started seeing states like Colorado and California with their medical marijuana programs. I was like, “Okay, something’s here.”

That’s when I started doing my research and, over the last 25 years, this was my topic of conversation because basically it was illegal. Marijuana is compared to cocaine, compared to LSD, compared to heroin; highly addictive drugs that have a high death rate associated with them. This is what this drug was compared to. It’s comparing apples to oranges. I didn’t know until the last two-and-a-half to three years that what I was taught, what I assumed, and what people were telling us about the plant, wasn’t true.

C&T Today: What might the public not understand in terms of the current state of diversity within cannabis?

Roz McCarthy: I tell people that diversity in cannabis is no different than the commitment that Ford, that Delta, that United Airlines, that Coca-Cola all made to increase diversity and inclusion in their workplace, in their supplier contracting, in their hiring from an executive level, in regard to their board positions. What I’m trying to tell the public, and what I’m trying to tell the cannabis community, is that what you’ve seen over the last 30 years, the effort and the commitment to diversity and inclusion in the cannabis industry, has to do a better job and ensure that we are doing something similar, that we’re following that same path.

If you did a survey of board members for the top 25 cannabis companies globally to find a person of color, you may find five. You see very few people of color and women of color in executive, decision-making, officer, or board positions. What I’m trying to bring to the table, not only for the public, but more importantly to our cannabis community and industry, is that we’re no different than the Nikes, the Deltas, the Uniteds, the Coca-Colas, and their commitment to diversity and inclusion. And it should be even more so for cannabis, because this industry was built on the backs of black and brown people who have gone to jail. They were the pioneers. They were the ones that basically took the risk and said, “Hey, I want to try to feed my family.” It was illegal, but that whole model of doing business is not far from what you see now in regard to business.

C&T Today: How is Minorities for Medical Marijuana embracing technology?

Roz McCarthy: We have a platform called Project Clean Slate X. We go into different communities and we do expungement clinics. All you would have to do is go onto our website, put your information in, and we have a back office of a law firm that will process your information, submit it to the state of California, and based upon what your conviction was, if it qualifies based upon the law, you will automatically get your record cleared. You don’t pay an attorney, you don’t have to go to a courthouse, you don’t have to worry about any of that stuff.

You go in there, put your information in, and from that point, if you are eligible for your record to be cleared, it will automatically signal the state that you asked for clearance and they will start the paperwork. Then you will get your paperwork letting you know what charges on your record were cleared. In California alone, there are over 1.5 million people who would qualify to get their records cleared.

For the most part, there are some individuals that have one thing on their record for an arrest for marijuana possession of a couple of joints, and it’s just been sitting there for years and years and years. Imagine how good it would feel for someone to be able to qualify to get it cleared off so when they go and apply for a job or apply for housing that doesn’t pop up in their records. Our goal right now is to get the funding for us to do a mass marketing campaign starting in California, where we get the word out about going to the site to see if you qualify to get something off your record cleared.

Feature Image: Roz McCarthy travels the U.S., speaking with cannabis influencers from all over.