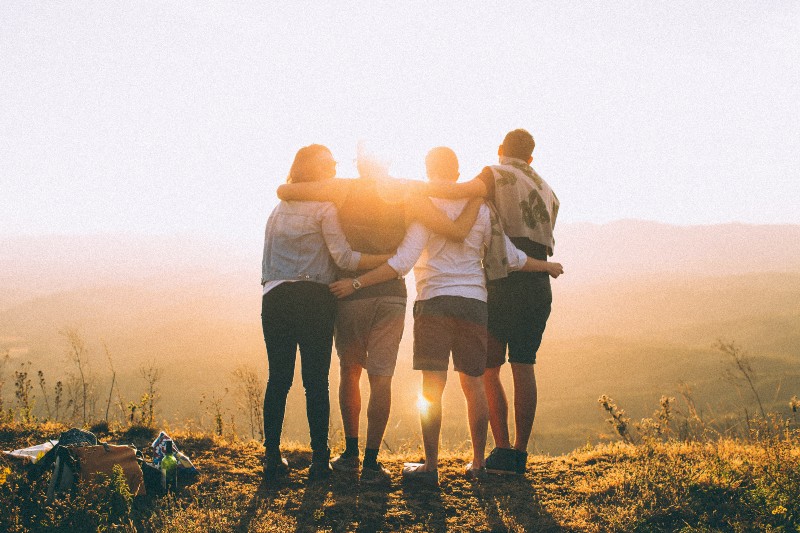 Cannabis advocates around the nation have witnessed momentous progress in the legalization movement over the last decade. As cannabis continues to become more mainstream, some advocates are still hard at work to provide education and increase understanding of the long stigmatized plant.

While exploring Michigan’s legal cannabis landscape for the Cannabis & Tech Today spring issue, we spoke with Rick Anstiss, a.k.a Mr. Fun-Gi, about his ongoing advocacy in the state. He shared his aspirations for the plant and some of the hurdles he’s encountered over the years.

In this interview, Anstiss gives us a deeper insight into Michigan’s changing views on cannabis and what legalization has meant for local communities. 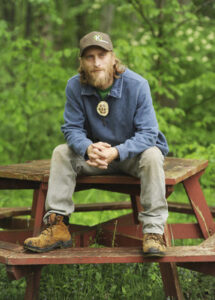 Cannabis & Tech Today: Where did the name “Mr. Fun-Gi” come from and is it related to your interest in cannabis?

Rick Anstiss: Well, I was a consultant of wild mushrooms. As the caregiver program moved along in Michigan I transferred my wild mushroom business into the cannabis business and kept the Mr. Fun-Gi thing.

Since then, I’ve been on the forefront [of the cannabis movement] locally. I was part of the petition in the State of Michigan that secured the votes we needed to legalize cannabis.

I also hold a Hemp and Harvest Festival which we are gearing up for this year. This year’s event will be in October. We are aiming for about 200 vendors and everything is agricultural, entrepreneurship, and cannabis and hemp oriented, to really shine a light on the industry.

C&TT: When did your advocacy for cannabis begin?

RA: I was in the shadows for many years. In the 90’s I grew cannabis outdoors and have always been an advocate. I’ve understood the plant from a spiritual sense.

As a grower, there is a real “science meets spirit” thing that goes on, so I’ve always been tied to it. But as the reigns loosened, the internet opened up, and Colorado and California’s progressions looked available to us [in Michigan], it just opened a book and I tried to take it all in.

As an advocate, I’ve always stepped forward on the medical side of things… Its medicinal value is the most important aspect. Often people say, “Oh, I just use it recreationally.”

Well, I’m gonna tell you right now, every time you enter that endocannabinoid system with cannabinoids — you are medicating yourself — it is a medicine. We are meant to have it.

C&TT: Michigan was the tenth state to legalize recreational cannabis. Did you expect the state to embrace legalization so early, compared to the rest of the nation?

RA: As for the government, I think they would have held it back longer. The people got together and petitioned it and forced their hands.

As far as the organization of it, how it’s being handled, it could be done a little bit better. Because I don’t think the governing parties really understand everything quite yet. They kind of left a lot of us, both medically and recreationally, in limbo.

There is a lot of grey area as far as how we have to operate. There is work to be done, but I am happy it’s here.

C&TT: I noticed that Michigan had a few towns banning the sale of recreational products. Recently, there have been rumblings that may change. What are you hearing from your community?

RA: As this opened up, the way Michigan aligned itself is kind of similar to Colorado in the sense that municipalities have an option to opt-in or opt-out.

Many of them have opted-out, the handful that did opt-in, like Buchanan, Michigan, just received $84,000 from their taxes last year. Buchanan was very happy and pleasantly surprised.

Niles is in another town where their main dispensary made somewhere around $80,000 a week. I’m in Hartford with a micro grow and some are opening up and seeing the benefit. Within the next two or three years, we are going to see small towns flourish. 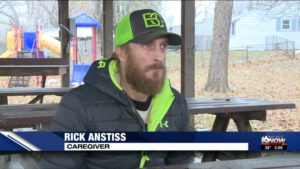 Along with that, the money that comes in is being placed where it should be. It’s going to take all of that to really make this work for the state of Michigan because we do need help in our schools, our roads, and things like that.

It even goes right back to hemp. I’m a big advocate and I work in that field as well and I have a proposal that’s kind of been laughed at by numerous people. But, I really think it would be a well-operated thing if it was done right.

Our medians in our highways in the state of Michigan are very poorly operated, they look horrible, there are no flowers, it’s just trash and grass. If we planted hemp in between our medians on I-94, the following year we could repave those with that hemp material and have a much longer-lasting highway system.

But, as I said, when you propose those things to extremely right-minded people or nay-sayers, they just kind of laugh and think it’s ridiculous.

C&TT: I think that’s a really neat idea. You have other cool ideas, too, that help raise awareness for hemp and cannabis — can you tell me about Hazey Holes?

RA: Last year due to COVID-19, my Hemp and Harvest Festival in Eau Claire was canceled. So I had about two weeks to put together a golf outing on a pretty prestigious local golf course.

My goal there was to, kind of professionally “attack” those nay-sayers in a really nice manner. It went over really well. I ended up having 150 golfers and 18 holes sponsored by all local cannabis industry businesses.

Also, some were allowed to have a vendor’s spot actually at the hole they sponsored, so they could interact with the golfers and really have a good time and represent their business.

I am doing that again this year. This time we are going up to 300 golfers and we are going to take 27 holes and just make it a little bit bigger.

All proceeds go to giving back [to the cannabis community]. I hold a scholarship in Eau Claire and I plan on doing more of those types of things. Whether it be scholarship programs or giving back directly to local people.

C&TT: What’s most important to you in your advocacy work?

RA: Education, giving back, and, as I said, there are so many people now looking at this as an opportunity to be an entrepreneur, I try to support them.

At the Hemp and Harvest Festival, anyone under the age of 17 gets a booth for free. If they are starting a business then they should be able to do that with no cost to them. Things like that really help get people excited about it.

I also hold a podcast on a local radio station, we call it The Potcast. Right now we have about 22 episodes with my wife and I and the local morning show personalities and we just talk about the legalization of pot in Michigan. I did a lot of promoting here for cannabis dispensaries that popped up, so they had a spot on the radio to talk about cannabis and whatnot. 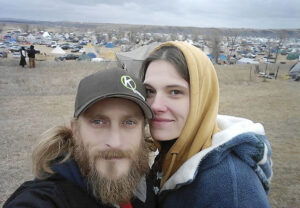 The Anstiss’ family in their home state.

I was also able to, with this radio station, I grew a strain and the radio station did a contest where the public named the strain.

It is probably one of the only FCC-regulated radio stations to do that. I am hoping to take it further with them… with the regulations from the FCC, there is only so far we can push the envelope.

C&TT: What does the future look like for your advocacy work?

RA: Well, I’m going to continue! I have a meeting this evening regarding Rainbow Farms and it coming back to fruition.

The man that owned it was a big advocate himself, and he was one of the main proponents here with petitions and making sure everyone locally was registered to vote. He was a great man in many regards, without his pushing we wouldn’t even be where we are today.

And he did his work in the ’90s when all of this was very new and taboo.

I’ll also be opening Elite Green, in Hartford. Our motto is “Where science meets spirit.” We are going to be an exclusive micro grow, growing high-grade top-shelf medicine at street level prices because our dispensaries out here can be a little out of touch. We’d like to try and bring that down a little bit.

We’d also like to focus on, since it is so new here in Michigan, terpene profiles and what they are doing to the people purchasing the product. It will be a recreational place with a medical premise.