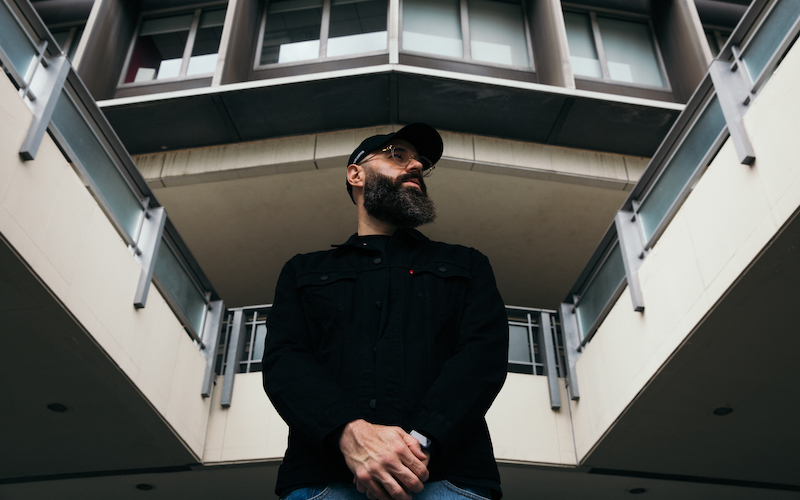 How Puffco’s Roger Volodarsky’s quest for the perfect hit launched his career as an industry-leading innovator.

Innovations occur around us all the time. Concentrates were an innovation, refining the cannabis plant to its purest form. Similarly, dabbing is an innovation, born out of the desire for higher highs, stronger flavors, and a more pure experience.

The dab rig too has undergone years of improvements, inching its way from a hot butter knife and a stove to complex glass rigs with electric nails. But, as we know from our constant race to buy the latest smartphone or IoT-enabled gizmo, technology is always advancing toward its next greatest iteration.

In the dab rig market, the Puffco Peak is that iteration. It’s the first smart rig ever created, offering haptic feedback, intelligent temperature calibration, and smart sensors to let the user know when their perfect hit is ready.

Puffco CEO Roger Volodarsky is familiar with innovation. His first invention, the Puffco Pro, was awarded High Times Best Vaporizer of the Year in 2015. It was the first concentrate vaporizer to offer temperature control and its design eradicated cotton wicks, glues, and plastics in the airpath, offering a cleaner and better-tasting smoke.

To learn how Puffco fosters a culture of innovation and what challenges they’ve encountered along the way, we spoke with Volodarsky in this exclusive interview.

Cannabis & Tech Today: You’ve created several industry-leading products. What was most surprising to you about the development process?

Roger Volodarsky: It seems like there’s no rule book for product development. It’s kind of this race of getting there however you can. That’s something that took me years to learn. For a while, you feel like you’re underqualified, and you don’t know what it takes, and it’s filled with constant failure. After a while of living in that failure, you realize that, “Oh, this is what product development is.”

We’re trying to create products that don’t exist, have never existed, and there’s nothing like them. When you’re trying to do that, it’s a really hard road to walk down because you have to guide people into manufacturing things that work for you and you just don’t have that ability. Product development – we like to call it a nightmare that we’re very down for.

You have to learn to push through failure, and thrive in it, because it feels impossible, but every little bit of progress you make is so empowering that it gets you through all of the resistance that comes after that.

C&T Today: While on this journey to design the Peak, Puffco was still releasing other products. How did you stay so focused on the Peak while creating your other designs? 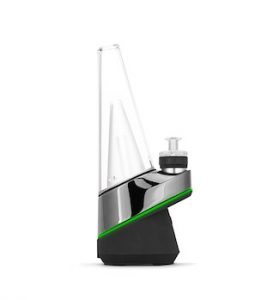 RV: There was a cult following for our original product that we discontinued, the Puffco Pro, a coil-based vaporizer. By the time the Plus had come out, the Pro was already old technology, but because of the cult following, people missed it, and they would not stop asking us for it.

When we were done with the Plus, the question came up, “What’s next?” I was torn between two places. I can either go and make this dream product of mine that I’ve been dreaming of for years, pretty much since the beginning of Puffco, or we can work on making the fans happy and giving them a follow-up to the Puffco Pro.

At that point, I made one of my biggest mistakes of my career at Puffco, and I decided to do what the fans wanted instead of what we wanted, and that was to make something very similar to the cult following product we had made before. It was old technology. We released it and it was very well received.

Financially, it wasn’t a failure of a product, but mission wise, we had taken a step backwards. We didn’t believe in coils. We didn’t like the experience of the Pro 2, but here we were making and selling something that we don’t believe in. It actually put me into quite a bit of a depression. I started resenting coming into work. I would come in mid-afternoon, because I just didn’t love what I was doing. It wasn’t this creative chase anymore. It was just trying to make money and that’s not why I’m in this.

I’m in this because there’s this large satisfaction of chasing the impossible and actually getting close to what you were going for. That passion, that kept me in this, was no longer there.

So, we released the Pro 2, and we still have other ideas that will come to light in the next year or so, but Avi, our head of product development, asked me, “What do you want to come out with next? Now we’re here, the Pro 2 is out. We have a lot of options. We have a few ideas on the table.” I said, “Let’s do the Peak. I wanna do something that I love again, something new, something different, and I think it’s worth us going all in.” The Peak was really us getting back to our roots of making a product that we felt could change our lives.

All these ideas and conversations that we had, we finally got to work on it. The entire company, our entire design and engineering team, and our entire operations team pushed everything else to the side, except for the maintenance of current products, and went full-force in developing the Puffco Peak…

There’s always this magic point that you’re chasing and you think you’ll never hit in product development. But if you keep chasing it, refining, and learning, you end up getting there, and we finally got that one beautiful hit out of the product.

C&T Today: Each year, you hold the Puffco Glass Open, a glass competition showcasing custom designs by glass artists across the country. Why is that important to you?

RV: That’s something that we were heavily trying to push before the release of the Peak by engaging with different artists, asking them to make different tops, for the glass portion of the Peak, to show that this is more than just a smart dabbing device. This device is meant to replace your relationship, as you know it, with cannabis.

We’re seeing how much the fans benefit from [the Glass Open], they get all these custom pieces. And the artists, who they’ve been collecting their pipes and their bongs for years, are now making this new form that works with the technology that they love. It’s something that we want to see grow even more, and we’re going to help foster that however we can.

For me, it was less about doing something just for the community and more about having a community full of innovators, and that’s why it’s so important for me to foster them as much as possible. Because of them, the Peak exists. It’s been inspired by all the work they’ve put in for the past few decades, and we want them to help us grow this technology and grow this new developing trend in consumption, as far as we can take it, and hope that they benefit from that growth as well, as much as we do. 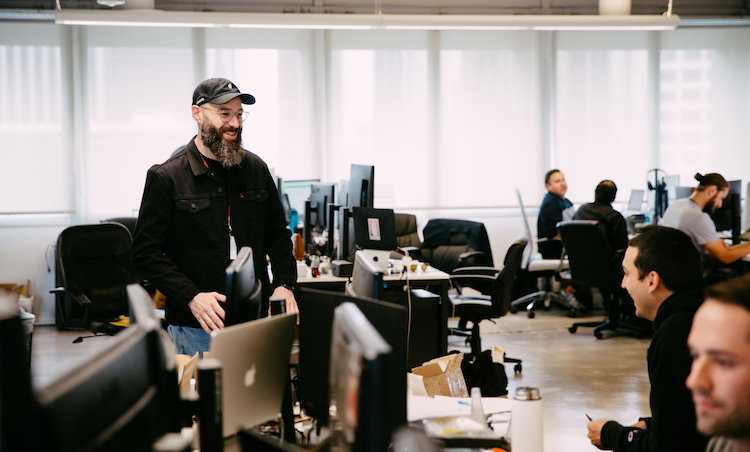 C&T Today: If you could go back in time and give yourself some advice when you were first starting Puffco, what would it be?

RV: If I were speaking to myself, I would say, “Trust yourself, and trust the people that you hire to grow you.” That’s been a hard lesson for me to learn.

I think that, for the first few years, I was a bit of a crazy and neurotic CEO. I wasn’t listening to my employees and I thought I knew best. I was difficult. I think that the moment that I started listening to my employees and believing in myself… You need to believe in yourself to hear feedback and be able to use it to grow. There has to be a confidence that what you’re hearing will benefit you, and not something for you to get defensive about. I spent most, or at least half of my career at Puffco, not believing in myself, feeling like I’m the dumbest person in the room, and I believe that to be the case today.

I believe that, in a room full of all my employees, I am, in fact, the dumbest one. But, I feel a sense of pride and confidence from that these days instead of feeling inadequate, and that comes from belief in myself. I know the value that I bring to the table. I hold their value closer to my heart than I do my own, but I do that because I know that they are not without a leader.

They have somebody who believes in them, and who will build out whatever he has to, to keep them being the best version of themselves. Yeah, if I could go back in time and tell myself anything, it would just be, “Believe in yourself and believe in the people you have hired to grow your business.”

One Reporter's Decade-Long Journey in the Cannabis Industry

Death Metal Frontman Ivan Moody on the Benefits of CBD