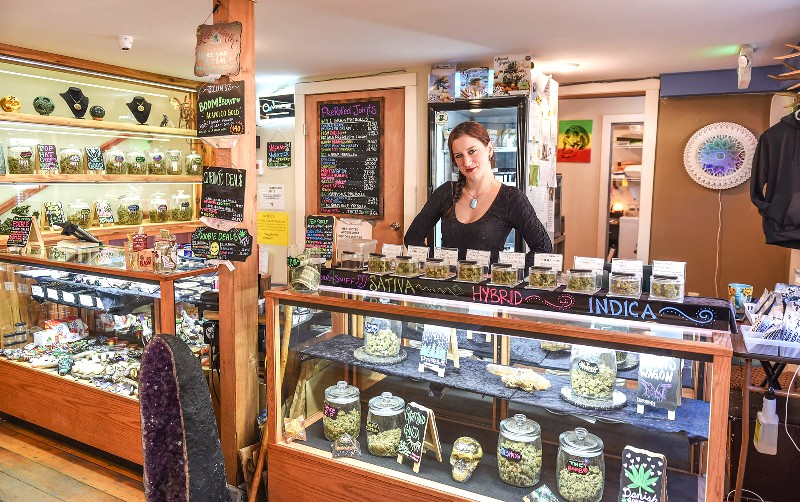 Alaska has moved closer to becoming the first in the country with statewide rules allowing onsite use of marijuana at specially authorized stores.

A memo from the state’s Department of Law said it found no legal problems with the rules approved by marijuana regulators in December that will govern where and how onsite consumption could take place. The finding is a standard hurdle in the rule-making process.

The rules were recently sent to Lt. Gov. Kevin Meyer for his signature and are expected to take effect 30 days after they’re signed. A Department of Law spokeswoman confirmed that Meyer’s signature is a formality.

Interested retail businesses will have to apply for a special onsite use endorsement and devise plans that meet security, ventilation and other standards and pass muster with the Marijuana Control Board. Under the rules, local governments can protest onsite consumption endorsements and use an ordinance or a vote of the people to prohibit onsite use or aspects of it, such as smoking.

Some in the industry say it’s possible the first onsite use areas are approved by this summer. But Cary Carrigan, executive director of the Alaska Marijuana Industry Association, said there won’t be a sudden proliferation of smoking sites.

“This is something that’s not happening anywhere else in the U.S. yet. As we start to develop this, people are really looking at us, so I know that everybody wants to get it right,” he said of retail marijuana shop owners and state regulators.

“I don’t want to have to get this pulled back and revisited,” Carrigan added.

Eric Riemer is a co-owner of The Stoney Moose retail marijuana shop in Ketchikan, a community that is a summer tourist destination in southeast Alaska. He said his business, which is not in a stand-alone building, has had to revise its initial vision of an upstairs consumption area as the regulations took shape and is now looking at some type of outdoor area.

The rules contemplate onsite use areas that are separated from the retail shop by walls and a secure door, or outdoors. They also say shops that allow for onsite use are to be freestanding, keeping with the language of a statewide smoke-free workplace law.

State marijuana regulators have left open for discussion whether cannabis shops that want to offer onsite consumption of edibles but not allow smoking need to be in freestanding buildings. Marijuana Control Board Chairman Mark Springer said he expects revisions to provide more clarity as regulators and the industry continue navigating the issue.

Riemer wants to create an outdoor smoking area but set it up so that people walking by won’t be able to smell it. He envisions a contained and ventilated space.

“Our whole plan is to be courteous to the people that are around us, to the visitors to town, be respectful of the area and our neighbors,” he said. “And the way to do that is to just design the heck out of this place so that it’s absolutely as close to minimal impact as possible on our neighborhood.”