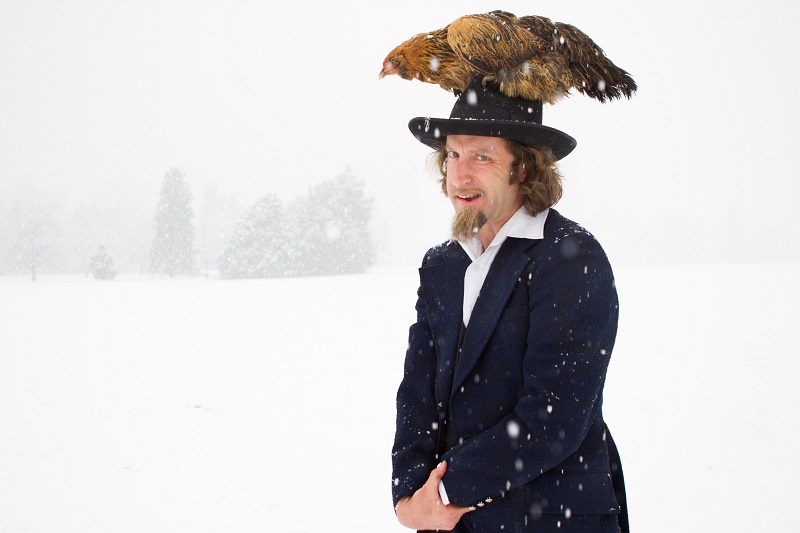 Over the years, I’ve had many people ask me if marijuana helps with my cerebral palsy. No, it f***s me up more. I just like getting high!

As a touring comedian, I do over 200 shows a year. Everywhere I go, people are excited that I come from Colorado, where weed is legal – but I want everyone to know that I have been treating it like it was legal for years!

In many of the places I travel to, I could be incarcerated for smoking, but it’s a risk I’m very willing to take. Like once, in the San Diego airport, a large, muscly K-9 cop recognized me from television. We shook hands and talked about my career, all while his dog sniffed the air around me. Now I thought I was playing it cool, but he smiled down at me, and said, “Don’t worry, Josh. It’s a bomb sniffing dog!’

I let out a nervous laugh and clapped him a high five. Once we got that out of the way, we had a really great conversation, and the dog could tell I was too shaky to make a bomb.

Another weekend, I was on the East Coast doing shows. I was waiting for my ride, and smoking weed out of a red apple. An apple is my favorite travel pipe because you can find an apple in any airport.

From down the road, I heard the clip-clop of horse hooves on the uneven cobblestones. Through my hazy gaze, I realized it was a mounted officer. My paranoid stoner logic was convinced that the horse was going to smell the apple and lead the officer right to me.

As I was playing over the scenario, the horse took a hard left, crossing in the middle of the street straight towards me, making the nightmare come true. I swallowed hard, but then realized the cop was smiling and waving at me. “I’m so excited you’re in town,” he said, pulling the horse’s head nose-to-nose with mine. “Me too. Can I feed your horse an apple?” I replied as I presented the delicious treat.

Before he could answer, the horse devoured it in one bite. My ride arrived right then, and I giggled the rest of the night imagining the horse fancy-dancing down the street.

All of this is to say that police with animals like me. I can’t wait to meet a cop with a chimp.