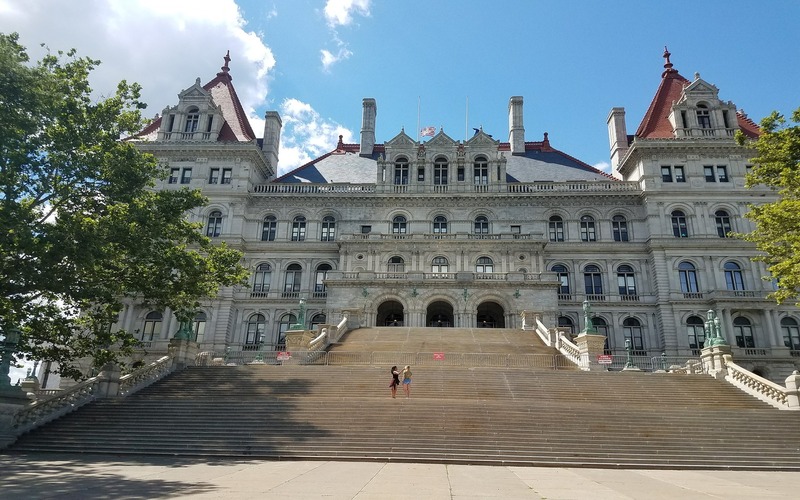 Multi-state cannabis operators (MSOs) are making millions from the legalized industry. Meanwhile, many of the communities most impacted by cannabis prohibition have yet to experience an economic boost from legalization. To combat this troubling trend, New York State Democratic Senator James Sanders Jr. is introducing the Cannabis Community Reinvestment Act (CCRA).

This initiative is backed by the National Cannabis Party (NCP), representatives of which will join the senator for his announcement on Thursday, April 7.

Sen. Sanders feels MSOs have a responsibility to reinvest in local communities to create economic uplift for all who have suffered as a result of the war on drugs. “The war on drugs unleashed severe damage and ruined many lives — particularly in communities of color,” he said.

“My bill will ensure the companies that profit the most from the legalization of cannabis will contribute part of their profits back into the communities most harmed by the war on drugs,” Sanders said.

The Marijuana Regulation and Taxation Act (MRTA) became law in New York State in 2021, legalizing adult-use cannabis. The act created the Office of Cannabis Management to regulate the new industry.

It was also charged with creating economic and social justice initiatives to facilitate equal access to opportunities in the cannabis sector.

The CCRA bill would augment the efforts undertaken by the Office of Cannabis Management to create a more equitable industry.

As supporters of the bill, the NCP advocates for national cannabis reform and is especially devoted to creating more equitable access to the plant and the economic opportunities that coincide with legalization.

Sephida Artis-Mills, president and co-founder of the NCP, believes the MRTA is a crucial step in advancing access. “The power belongs to the people, and so does the plant. To control the way people choose their medicine, and overall wellness, is a civil rights issue we need to address,” Artis-Mills said.

Prolific MC and cannabis advocate Redman, who co-founded the NCP, supports the mission of Sen. Sanders. “We can actually help regulate our own laws and help communities,” Redman said.

Competing for Customers is the Next Evolution of Cannabis