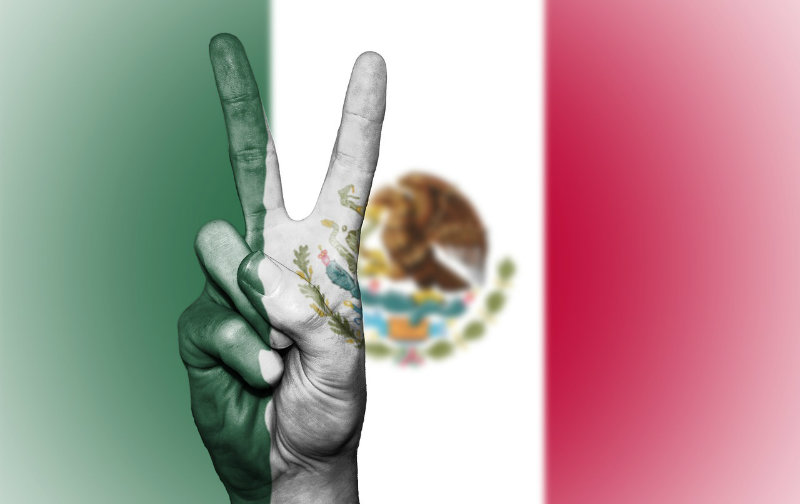 Mexico’s Supreme Court ruled on Wednesday that the country’s ban on cannabis is unconstitutional. The ruling set a broad precedent that will pave the way for formal legalization by Congress. Commercial cannabis sales remain illegal and it may take several months to adjust nationwide regulations surrounding the substance.

This is the fifth ruling on the prohibition of cannabis in Mexico, and according to national law, if the same ruling is given five times on a given subject, it becomes a binding precedent to which all governmental entities must adhere.

The Path to Legalization

In 2009, Mexico decriminalized possession of “personal use” cannabis, allowing citizens to have up to five grams of the substance on their person without warranting criminal charges. Those found to possess less than the “personal use” limit would be encouraged to seek drug counseling, but would not be held on any formal charges.

The first Supreme Court ruling on the subject occurred in 2015 and applied to only the plaintiffs in one case. The ruling pertained to four members of the Mexican Society for Responsible and Tolerant Self-Consumption, allowing them to grow, transport, and smoke marijuana. The court found the restrictions on cannabis use violated the constitution by limiting the individual’s right to “the free development of personality.”

Later in 2015, the Supreme Court ruled to allow Graciela Elizalde to utilize medical marijuana to treat her epilepsy. The ruling set in motion the development of a national medical marijuana policy. In June of 2017, Mexico legalized pharmacological derivatives of cannabis for medical use nationwide. Though cannabis products were required to contain less than one percent THC, the legislation was another step in Mexico’s evolving drug policy.

Steve Rolles, a senior policy analysts with the Transform Drug Policy Foundation, described the implications of the Supreme Court’s ruling, “The ruling only applies to personal possession and private use, and cultivation in the home for such use. It also allows for sharing.” Rolles noted, “Until the legislation is adapted, we will be in something of a grey area.” Commercial cannabis sales are still prohibited.

Any governmental policies that contradict with the new interpretation of the constitution will have to be amended to reflect the Supreme Court’s ruling. Congress has 90 days to repeal any unconstitutional cannabis laws currently in place.

The new ruling did not create an absolute right to use cannabis, but in a press release the court said, “The effects caused by marijuana do not justify an absolute prohibition on its consumption.” The court’s decision is just the first step, as Congress will have to create regulations clarifying the formal legalization of the substance.

When to Expect Full Legalization

President-elect Andres Manuel Lopez Obrador has indicated he may seek complete legalization of the substance as part of a strategy to reduce poverty and crime throughout the country during his time in office. His position mirrors that of Laura Carlsen, director of the Americas Program at the Center for International Policy in Mexico City, “When people have legal, regulated places to buy marijuana, it takes the whole business out of the hands of organized crime.”

Carlsen continued, “Marijuana is a huge chunk of cartel income. Without that income there is an automatic reduction in their capacity to buy weapons, recruit teens, bribe politicians. Prohibition is the best thing that ever happened to organized crime, they couldn’t survive a day without it. So as we dial back the disastrous prohibition regime, cartels are forced like any business to downsize. They lose market, lose demand, reduce production, and lose the power to control territory and communities.”