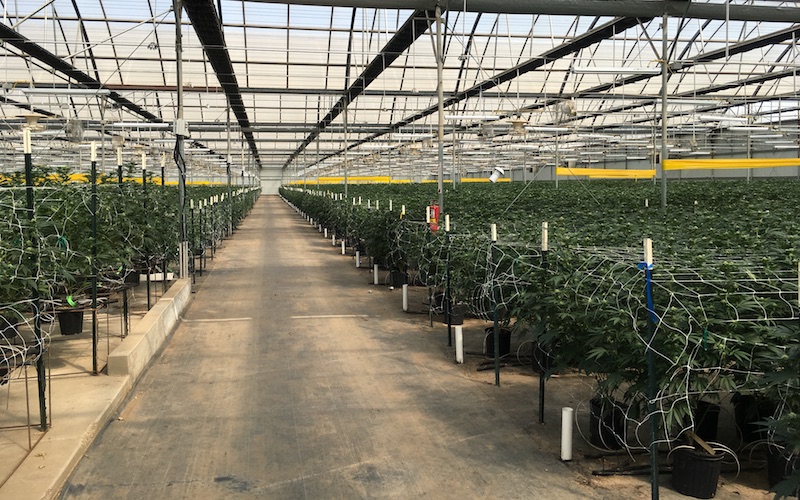 As this burgeoning industry continues there are multiple questions regarding the use of diesel or natural gas/LP gas generators as a sole source of power that come up regarding what’s better, go bigger and use less units? Or go smaller and use more?  Due to the variable load demands that grows have, it’s our experience going with smaller multiple units in parallel provides several advantages over one big power generator.

Light cycles are the biggest factor here. Grow lights take a tremendous amount of power. But are not required 24/7 in most operations.

Going with smaller multiple units in parallel will require a little more real estate, but gives you redundancy, longer maintenance intervals, lower fuel costs. You have the advantage of less generators running constantly, due to varying load demands.

Case in point a grower needed a total generator capacity of 400kw to operate at 100% of their total load demand. Rather than installing one 400kw generator, they installed 5ea. 80kw units. This allowed them to always have at least 80% of their generator needs available during service and maintenance shutdowns. It also lowered their fuel and maintenance costs due to only running a certain amount of units during light load cycles. 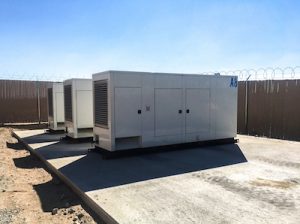 Multiple Generators at a Grow Site

Paralleled generators do all of this automatically. They turn on and off according to the load demands, because each unit communicates with the other. Once the load demand decreases the controllers decides how many units need to be on to meet that demand. The reverse happens when that load demand increases, it then electronically balances the load to the number of needed generators. This reduces the possibility of light loading the units, increases the efficiency of the units, and allows the units to run at optimal performance levels. You won’t get those advantages if you put all of your power needs on one unit.

If you have to run your operation on a single unit, invest in a resistive load bank to compensate those light loading times. Resistive load banks are available as a permanent solution that can be mounted on the generator or next to it. They basically add a resistive load to the generator to keep it running in the optimal 70-80% capacity range, You can also have your local generator service company provide you with a portable load bank you can either rent or have them come and conduct a load bank as often as they determine to be necessary to keep your generator healthy….this will eliminate the possibility of wet stacking the unit.

Wet stacking a generator will cause fuel injectors, intake manifolds to suffer from carbon build-up due to over fueling, symptoms are lots of black smoke, wet fuel residue on the exhaust (hence the term wet stacking) clogged fuel filters, and eventually complete failure of the fuel system….not to mention all of that fuel being wasted due to not burning cleanly and completely