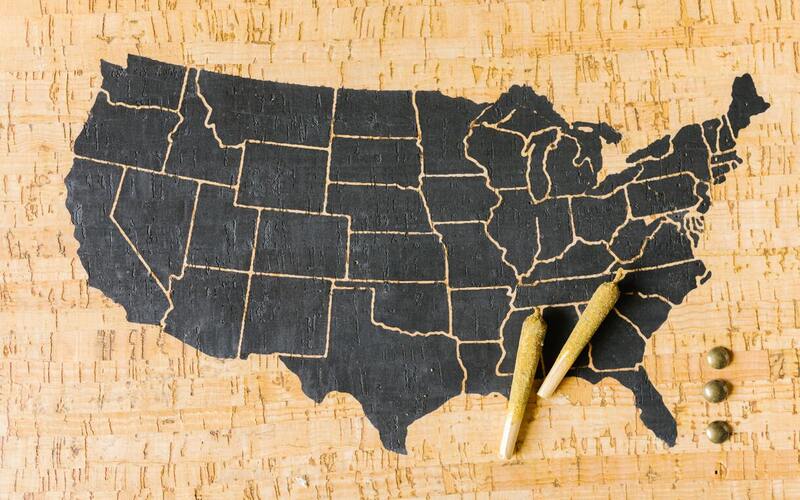 Cannabis in Louisiana is legal only for medicinal use. Medical marijuana (MMJ) use is allowed with a physician’s written recommendation for any debilitating condition. Adult-use possession of 14 grams or less is decriminalized and punishable by a fine of no more than $100. Prior to statewide decriminalization, possession of small amounts of marijuana was initially decriminalized in New Orleans, Baton Rouge, and Shreveport.

Unlike the protocol of other states’ medical marijuana programs which allow for vertical integration, meaning a company provides the cannabis cultivation from seed to sale, Louisiana has only two legally-licensed facilities. Both licensees are universities that each partner with a cannabis producer to provide all of the flower for the state’s nine dispensaries that are called “pharmacies.”

Also unique to Louisiana, patients will not be required to apply for or carry a medical marijuana card or license as this is not a factor. A recommendation from any Louisiana doctor will suffice for patients to purchase cannabis at one of the state’s nine pharmacies, according to WAFB. The protocol and procedure are similar to obtaining Schedule II drugs at a traditional pharmacy.

While these pharmacies may stock over-the-counter drugs at their discretion, they primarily stock cannabis.  They also sell hemp-derived CBD under a separate license.

“Because it is still a schedule 1 drug, it cannot go through a regular pharmacy. When the federal government changes that, then we can change the way this works,” said Rep. Joseph Marino of Gretna. He chairs the state’s Medical Marijuana Commission.

Even though Louisiana House passed a  bill proposing to decriminalize marijuana, access to medical cannabis flower comes with procedures and caveats.

L’Jean Mckneely with Baton Rouge Police Department told WAFB when it comes to traffic stops, “Individuals have to have their medical marijuana in the vial with their name on there. They have to have their identification and the vial. When we know that it is medical marijuana, then we proceed without forwarding any charges on that particular person.”

The flower comes packaged in a sealed mylar bag with the university’s logo, the producer’s logo, and the patient’s name.

“They’re stocked up right now, and there is more flower in the department of agriculture and forestry’s testing pipeline that will be available anticipating mid-January,” said John Davis with Good Day Farm Louisiana, who grows for LSU.

Louisiana is a historically agricultural state. Southern University has a well-versed agricultural center, so it seems like a natural progression.

Ilera Holistic Healthcare (IHH) can finally offer flower as a delivery option. IHH sells two cannabis strains: Mandarin Cookies and Chem OG, each containing approximately 16-18% THC, depending on the batch. The company plans to launch another strain in January.

“Smokable flower is overwhelmingly the most popular way that patients consume cannabis, and Ilera Holistic Healthcare is thrilled to be able to offer flower to our patients in Louisiana in addition to other delivery systems. With options that include tinctures, topicals, metered-dose inhalers, edibles, and now flower, we are proud of the progress that Louisiana continues to make in making cannabis available as a medical option for all its patients,” said Dr. Chanda Macias, CEO of Ilera Holistic Healthcare.