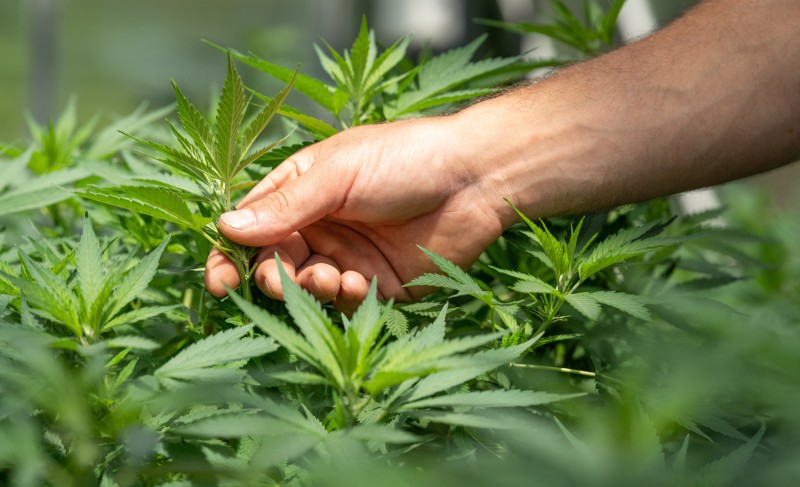 The cannabis plant is extremely complex and nuanced.

With a dizzying amount of active ingredients — including over 200 cannabinoids — it’s hard to imagine the majority of the legal market is comprised of products containing THC, CBD, or a combination of those two alone.

But so-called “lesser-known cannabinoids” are beginning to emerge as research and development on the plant itself grows along with the industry.

Cannabinoids such as CBN, CBG, and THC-A have been making their way into retail in a variety of forms, and interest in the potential of cannabis beyond the current status quo is rising fast.

Could these lesser-known cannabinoids be the future of the marijuana marketplace?

While psychoactive delta-9-tetrahydrocannabinol (aka THC) and it’s hemp-derived non-psychoactive counterpart cannabidiol (CBD) may be the dominant forces in the legal cannabis market (as well as the most prominent within the plant itself), other cannabinoids have entered the spotlight. 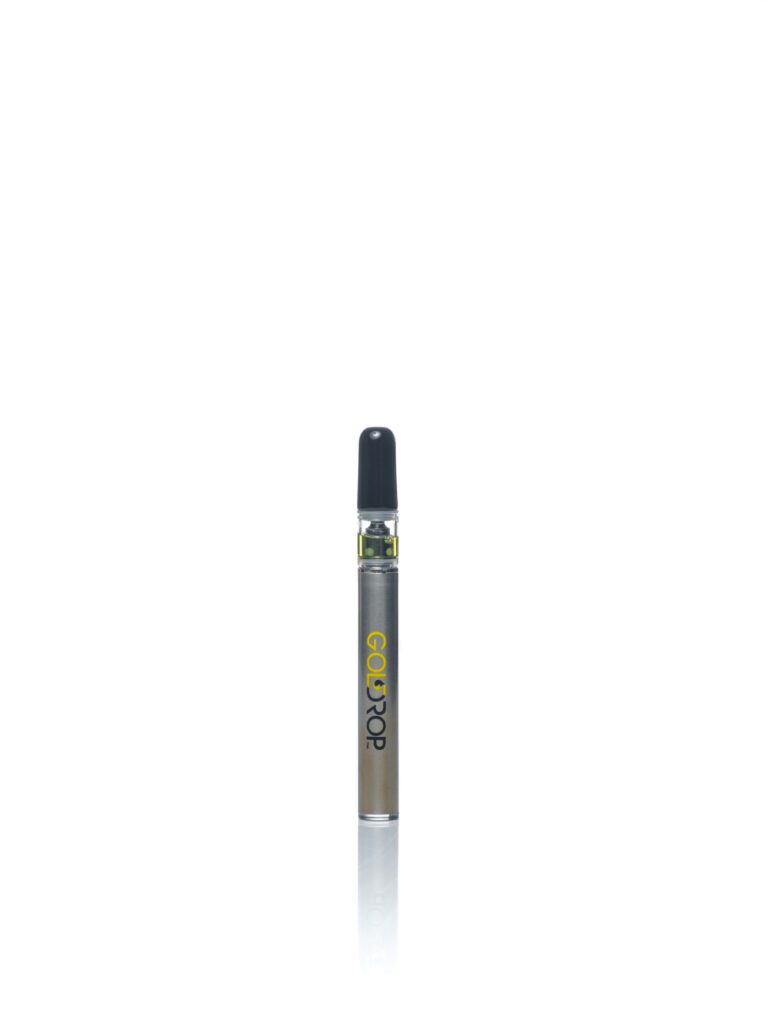 One such compound rising through the ranks is delta-8-THC, a far less psychoactive analog of THC touted for its “antiemetic, anxiolytic, appetite-stimulating, analgesic, and neuroprotective properties,” according to the National Cancer Institute.

The cannabinoid has become popular thanks to its mildly calming effects as well as its relative ease of access.

Vape cartridges, dabs, and edibles containing hemp-derived delta-8-THC are readily available across the country and online.

“Some of the rarer cannabinoids are more accessible; people might be more inclined to try a delta-8 vape pen for the first time because it may cause less anxiety or have a less overwhelming psychoactive effect compared to regular delta-9-THC,” explained Harry Resin, chief science officer of Gold Drop, an Oakland, California-based cannabis extraction brand with a catalog featuring distillate and live resin vape pens as well as THC-A crystalline. 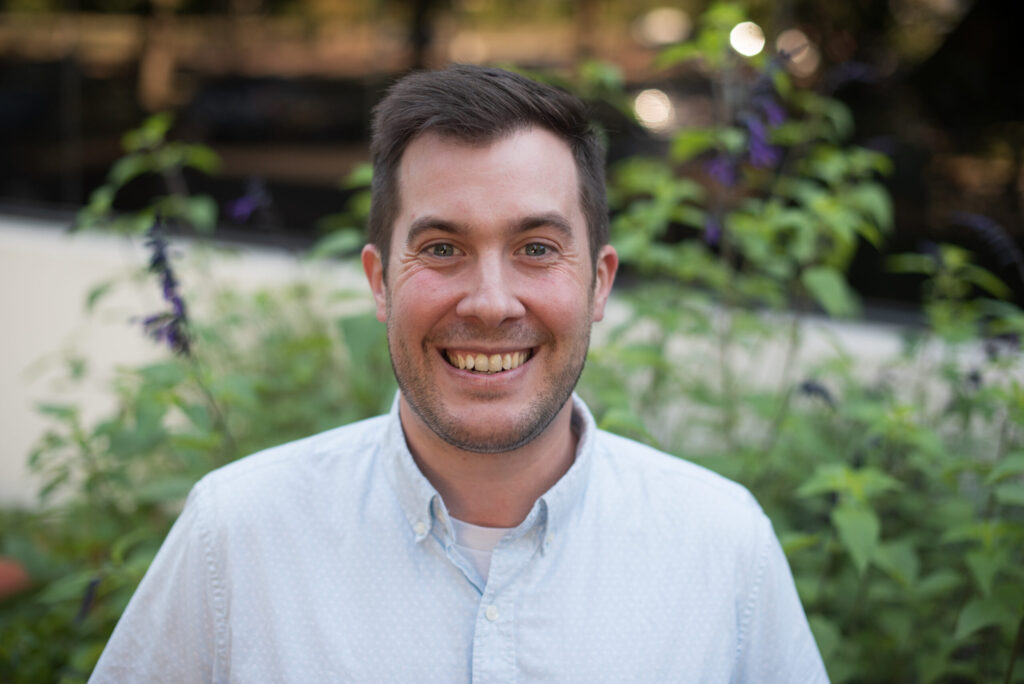 “Delta-8-THC is sort of like a ‘THC-light,’” he told Cannabis & Tech Today. “It behaves almost exactly like delta-9-THC in most respects but has roughly half the affinity for our brain’s CB1 receptors. This results in a much milder high that many people find to be more enjoyable and compatible with their daily lives.”

Delta-8 isn’t the only minor cannabinoid finding its way to the consumer.

Here are some of the others cementing their spots in the market:

This is thanks in part to the compound’s perceived wellness abilities, with anecdotal evidence showing it to be effective at treating nausea, muscle spasms, and seizures.

When heated, the cannabinoid is converted to delta-9-THC.

Known best as an appetite suppressant (unlike its cousin THC, which tends to increase appetite), THC-V — short for tetrahydrocannabivarin — may also reduce some of the potential side-effects of its infamous relative.

The cannabinoid has also been found to have analgesic and anti-inflammatory abilities.

Cannabinol (CBN) was among the first cannabinoids identified by scientists, but there is still limited research on the compound compared with THC and CBD.

CBN has been identified as having several potential therapeutic uses, including as an anti-bacterial, anti-inflammatory, a neuroprotectant, and a treatment for glaucoma.

The cannabinoid is often found in products marketed toward aiding sleep, but the jury is still out as to whether it’s the ideal ingredient for the job.

This rare cannabinoid shares some of the same characteristics as the others listed above, including acting as an anti-inflammatory, stress reducer, anti-nausea, and pain reliever.

It has also shown promise as a treatment for conditions like Crohn’s and colitis.

It comprises less than one percent of cannabinoid content in most strains and is therefore considered one of the most sought-after minor cannabinoids.

The addition of rare cannabinoids and unique formulations is all but certain to move the cannabis industry into the mainstream, especially as more benefits are revealed. 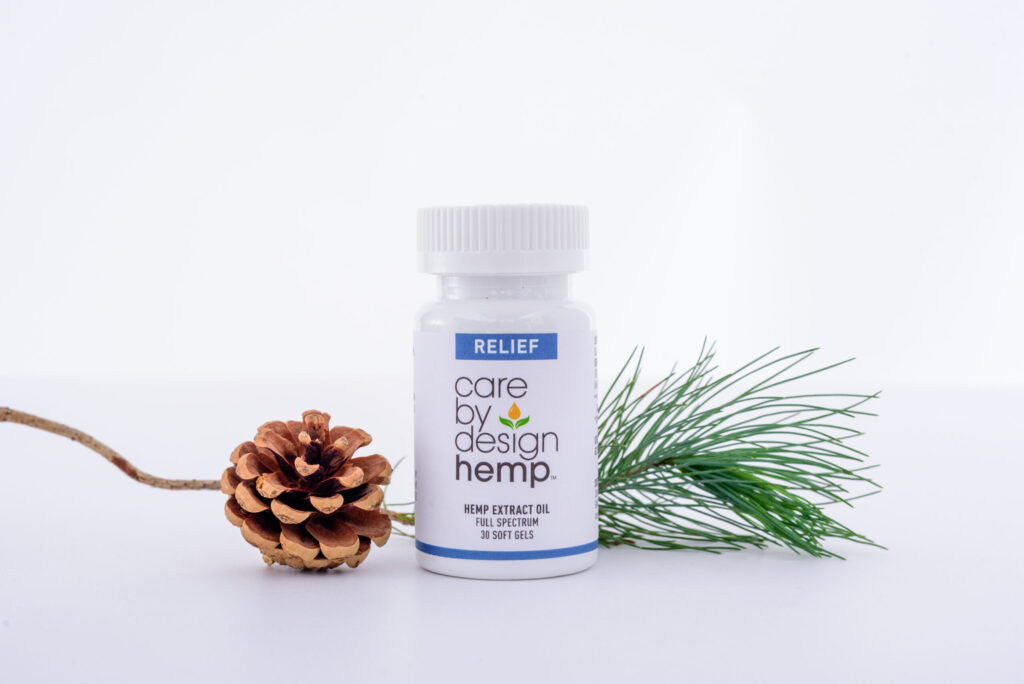 “I think the minor cannabinoids will play a more prominent role in the coming years as consumers discover what personally works for them and become more sophisticated about what products and formulations they’re looking for,” predicted Elmes. “This is particularly true for the wellness market, as those consumers have all kinds of diverse needs and aren’t simply trying to get the ‘most stoned for their buck’ like some of the more recreational-focused customers.”

Cannabinoids are predicted to be a serious disruptor to the pharmaceutical industry as demand for alternatives to powerful prescription drugs increases.

A recent analysis anticipates the global market for cannabinoid-based therapies will balloon to a value of $50 billion by 2029. 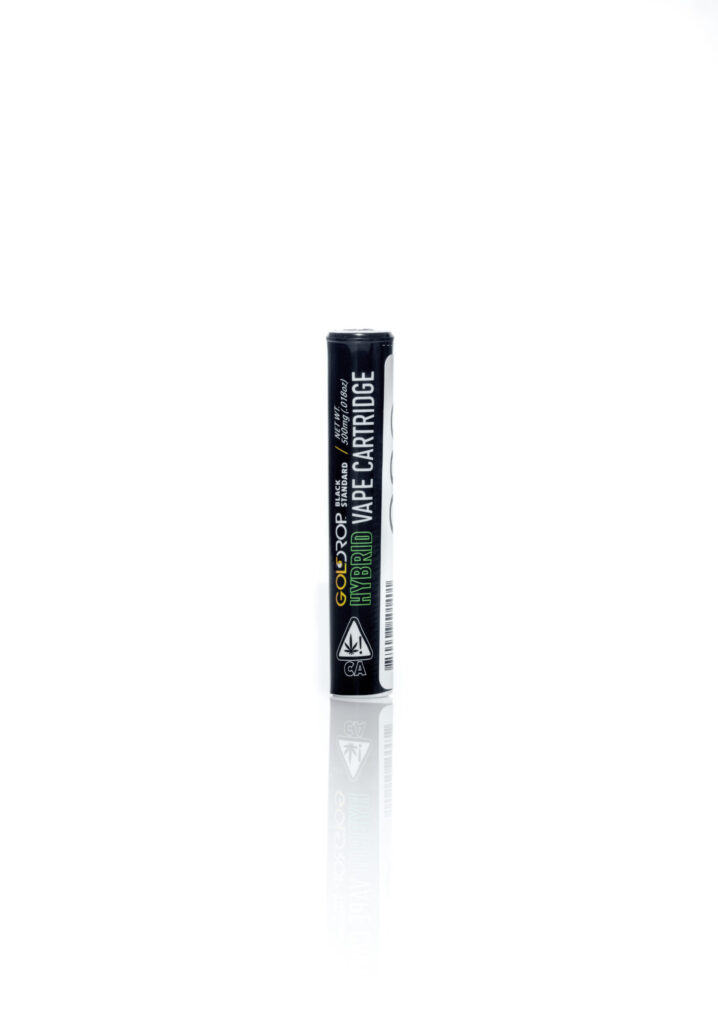 “It creates an intellectual property that belongs to each individual brand and product that is formulated,” he explained. “This is something that will become more and more important over time as cannabis legalization expands as they also create an individual brand identifier.”

Are Lesser-Known Cannabinoids The Future Of Cannabis?

When asked if the relatives of THC and CBD held the key to the cannabis market of tomorrow, Elmes and Resin both agreed the two star cannabinoids will remain a dominant force but only time will tell what the future truly holds as R&D continues and the population evolves to understand how these compounds could positively impact their lives. 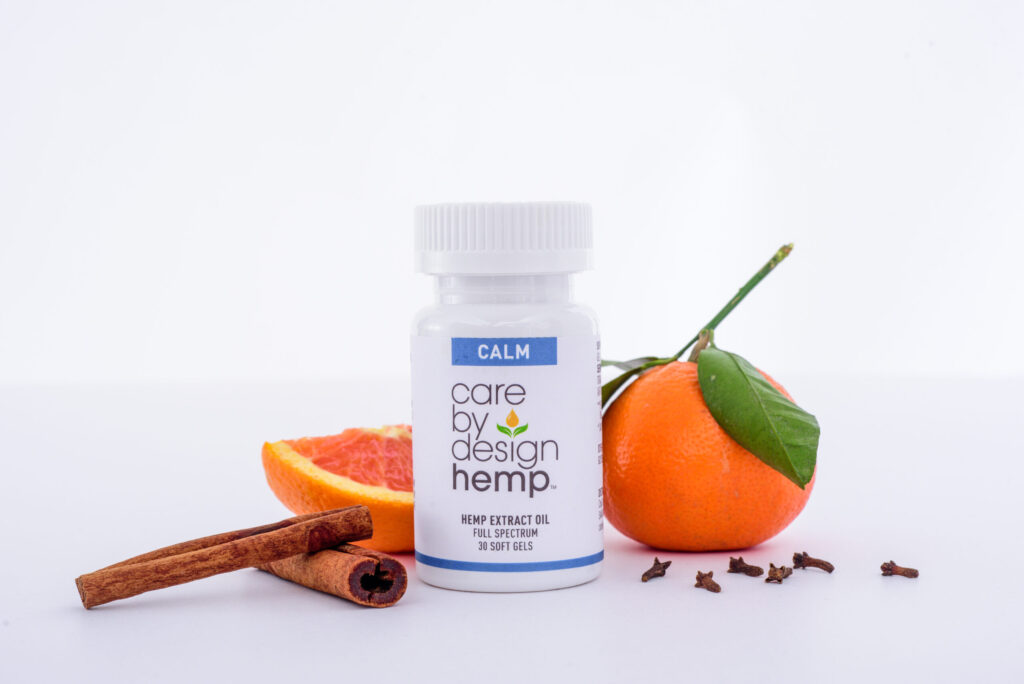 “There’s so much we still don’t know about cannabis and sometimes we need to rely on anecdotal experience to drive formulations,” Elmes stated, pointing to CannaCraft family brand Care By Design’s study of medical cannabis patients in Israel as an inspiration for their own line.

“Consumers are, of course, actively influencing the market by selecting the cannabis products with ingredients that work best for their own experiences. However, good producers can also use consumer experience to proactively drive their formulations.”

Over at Gold Drop, the team is working with a group who is developing a cutting-edge cannabinoid unlike anything currently available, something Resin believes will revolutionize the industry. 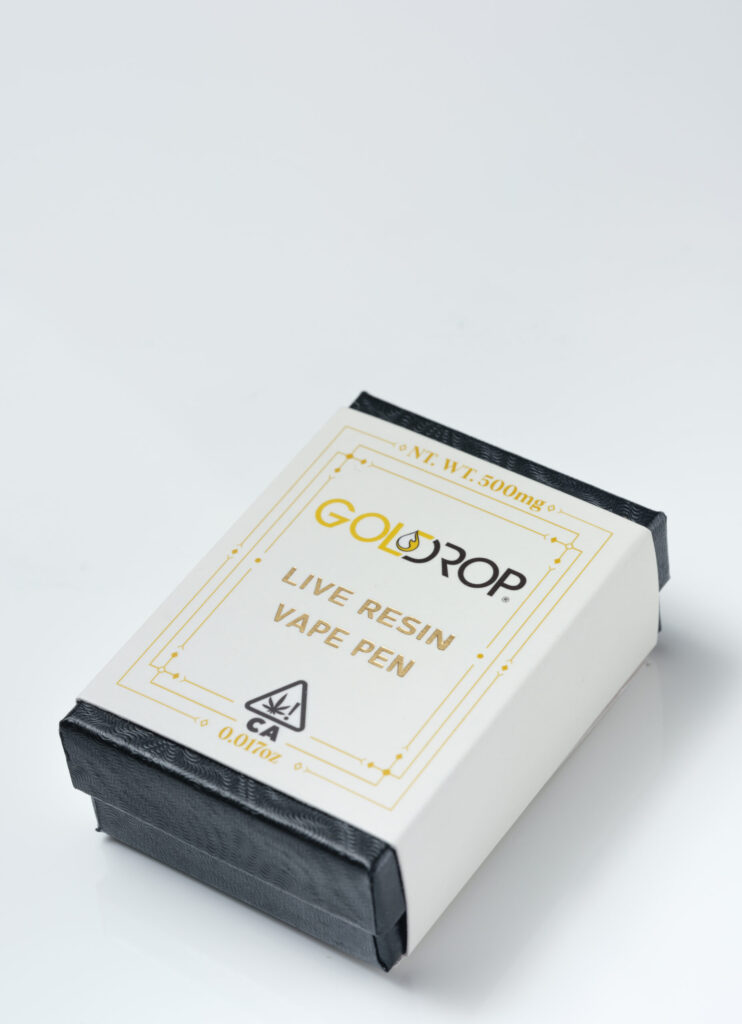 “We are assisting with R&D on a THC acetate, which is a super new cannabinoid that offers lots of benefits such as appetite promotion and pain relief. It’s an extremely potent cannabinoid where a little goes a long way, making it a dosable product with many applications.”

Whether THC-A or CBG will be found alongside conventional treatments like aspirin or ibuprofen remains to be seen, but based on the current financial projections and increasing interest in alternative wellness, these compounds are definitely here to stay.