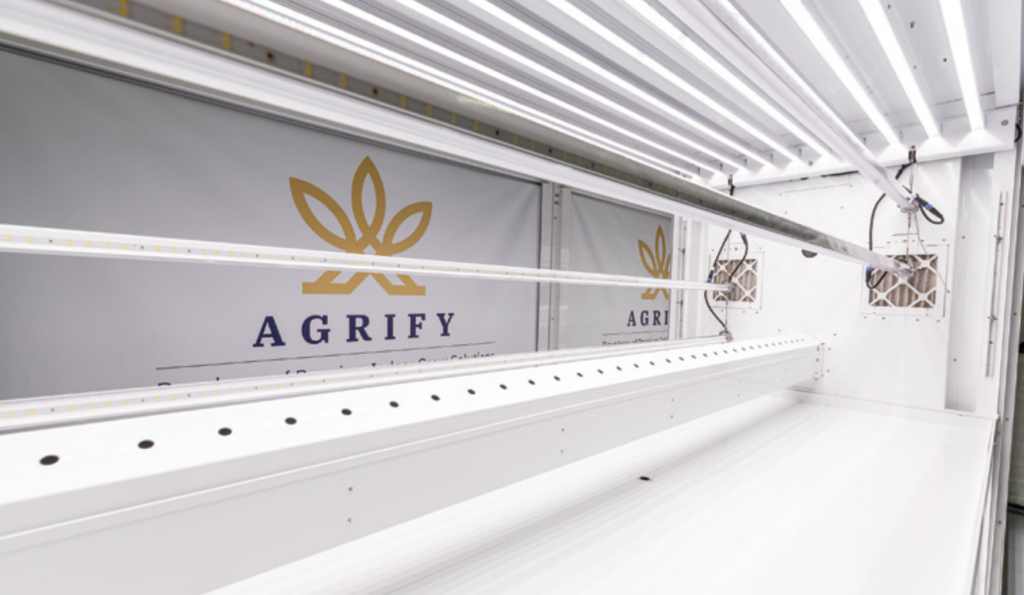 Growing anything sustainably is a challenge. Outdoor farms are more energy-efficient but susceptible to climate instability, theft, and pests. Indoor and greenhouse facilities use more power but produce consistent yields year-round. Cannabis cultivators tend to prefer indoor farming. It’s easier to control the environment and create a visually appealing product.

From a sustainability perspective, the big question quickly becomes “How can we grow inside while using fewer resources?” LED lighting can help. It takes less energy to create more photons. It also reduces HVAC consumption because LEDs run cooler than traditional lighting.

Some growers are reluctant to shift to LED because their current lighting setup is working. If it’s not broken, don’t fix it. But, unsustainable lighting choices are a problem. This industry has to embrace best practices in sustainable farming because thirsty people don’t want to share water with cannabis.

LED technology is one sector that’s showing promise for reducing the environmental impact of cannabis cultivation. Many LEDs offer the ability to create spectrum-specific light formulas that can be programmed into artificially intelligent fixtures. Fixtures can communicate through wireless hubs to provide real-time data about crops.

Many LED fixtures are designed to stay cool, lengthening their lifespan and minimizing their effect on the internal temperature of the facility. Increased photon output allows growers to produce more biomass in less square footage. To learn more about the potential of LEDs, Cannabis & Tech Today spoke with some of the industry’s most influential lighting solution providers.

Cannabis & Tech Today: Should growers measure efficiency based on electrical consumption or how many grams of product they’re producing per watt?

Alex Gerard: At Fohse, we did a lot of research on different spectrums and different power levels throughout the growth cycle of the plant. We based our light design on that research, which is why you find our [LED] lights going all the way up to 1500 Watts. That really allows the end-user to maximize the yield in every square foot. Growers can replace their old HPS bulbs with something that produces a lot more yield rather than something that produces the same amount of yield and might reduce their electrical consumption a little bit … The light fixture might be of higher wattage, but we’re producing substantially more product. In the end, your grams per watt are substantially better.

C&T Today: How are automation and artificial intelligence playing a role in modern LEDs?

AG: As little as five years ago, you’d still see basic, store-bought wall timers turning stuff on and off. Now it’s pretty common to walk into a cultivation center and outside the grow room is a 20-inch touch screen that controls everything from lighting to all your airflow, all your HVAC, your dehumidifiers, all your nutrients — everything is controlled from that one place.

At Fohse, we have our own set of controls. So, if you don’t want to integrate the lights into anything, we have a controller as well where you can control your spectrums and schedule everything like that from an eight-inch touch screen controller. We like to give our clients options and not lock them into one solution. We want the lights to be able to work for everybody and the way they operate their grow.

C&T Today: Why do LEDs cost more than HID bulbs?

AG: The higher price isn’t because there’s some large markup. It’s stemming from the fact that there’s a lot more that goes into making an LED light. On our larger LED light fixtures, there are over 5,000 LED diodes, numerous circuit boards that all need to be tied together, manufactured, and mounted onto heat syncs.

The reason it’s still so beneficial, even at that higher price, is your efficiency and most importantly, the longevity of that light fixture. On average, those cheaper HPS bulbs only last about eight months. Some people manage to stretch it out to 12 months, others like to change them out every six months. So it’s really short-term. Our LED lights are built to last 12 years. So, over time, that cost levels out. And that’s not even talking about your electrical efficiencies or increased yield. Add that in and the ROI is really short, even though the initial purchase price is higher.

C&T Today: How do LEDs impact other resources in the grow, like HVAC costs?

Ted Leung: LEDs give off a much lower heat profile. They exhaust fewer BTUs back into the ambient air temperature, which means that your HVAC and your cooling costs are going to be a lot lower as well. HIDs and HPS lights generate an awful lot of heat.

When you’re looking at a commercial grow, where you literally have hundreds, maybe thousands of these HPS lights, you’re generating a significant amount of heat into that room that your HVAC system now needs to compensate for.

With LED technology, not only are you using less electricity and producing more light photons, but you’re also generating a lot less heat from those lamps, which means you’re going to spend less to cool the facility down.

C&T Today: What advice would you offer growers interested in buying LEDs for the first time?

TL: I would say to growers to do their homework. There are a lot of LED manufacturers out there today. If you just go by what they print on their spec sheets, you may be disappointed. Growers should understand exactly what they’re looking for in a light, understand what their parameters are, how they’re going to grow, and then do the research on the company.

The last thing I would highly encourage users to do is take a look at is the cleanability of their light fixtures. These light fixtures are going to be in a grow room next to, touching, and around cannabis plants with resins and humidity and dirt and so on.

I would encourage growers to really look at the cleanability of their equipment, including their lights. Agrify’s model R1 light, we are National Sanitation Foundation approved. Our lights are totally encased in polycarbonate, which makes them super easy to clean, which means you’re going to have less disease in your grow rooms.

C&T Today: How is wireless technology impacting the LED sector?

David Cohen: It’s really just starting — this whole [concept of] smart farming fixtures talking to sensors, talking to grow management systems that incorporate AI and machine learning algorithms. We’ve developed and launched technology that allows our lights to be a kind of communication portal and work with the various types of sensors that growers use.

They use sensors for leaf temperature, humidity, water absorption — there are thousands of different things you can sense. All of this data is grabbed by our lights using Bluetooth mesh technology. This lets the grower better understand what’s going on in the grow environment.

I would say it’s kind of the tip of the iceberg today, this technology that’s coming to growers to automate things and use AI to predict that a zone in the back right-hand corner is getting too cold, and to communicate that to the heating system. For example, it enables growers to turn the heat on in a specific location, then monitor the growth of the plants under that higher heat. I think that’s the next level of complexity that’s coming.

C&T Today: What do growers need to understand about incorporating LEDs into their facilities?

DC: You have to understand that with LEDs, it is not a situation where you unplug the old light, plug the new LED in, and do everything the same way. The LED light is concentrating a significantly higher number of photons on the plant in a much more direct fashion. In many cases, the lights are much, much closer to the plants, so the plants grow faster. What you have to make sure is that you’re changing your entire regimen to optimize the environment to grow this plant, based on how intense you’re cranking the lights up.

We do trials with customers all over the world to see exactly how much light intensity the plant can handle. When I talk about that, I mean the amount of photons that are coming out of the light and hitting the plant.

What we’re finding, with cannabis especially, is that this plant can take a lot more photons than anybody thought. But, you have to be aware that if you’re blasting a plant with twice the amount of photons, it’s going to grow faster, which means it needs to drink more, it needs more airflow and nutrients as it eliminates moisture out of its leaves. So you have to be aware that whatever your strategy currently is, it’s likely going to change significantly when you’re using LED lighting versus alternative lighting fixtures, like HPS systems.

C&T Today: What have you found most surprising about the evolution of LED technology?

DC: I came into this industry having been in LED lighting for 20 years, but I hadn’t had any exposure to growing plants. What I found most surprising is that the technology could actually make the plants grow more, whether you’re growing, tomatoes, cucumbers, cannabis, or other crops.

Because of the higher concentration of photons, these plants grow more biomass, which is simply the weight of whatever you’re growing on the plant. You get some pretty dramatic increases in biomass. To state it very simply, if your harvest is 20 tomatoes and then you change to LED lights and now it’s 30 tomatoes, you just picked up 50% more output and you can sell 50% more.

The second surprising thing was you can actually use light to change the look, flavor, or in terms of cannabis, the cannabinoid profile by just altering the light strategy, which is amazing. We did a huge experiment that showed if you treat the plants with a very certain type of light output, you can manipulate the pigment in the plant.

We’ve done studies with basil growers where, by using different LED lighting strategies, you can increase the shelf life of the basil by three days. That resulted in a 30% higher sell price for the basil grower because there were three extra days before the plants went bad in the store.

Fluence just completed a strawberry experiment in the Netherlands where we found that the taste of the strawberries was affected by the color of the light that we applied to the strawberry plant.

When I came into this, I had no idea that lights could do all of those things, and amazingly enough, they really can. Light is one of the most important tools a grower has to manipulate the plant they’re growing.