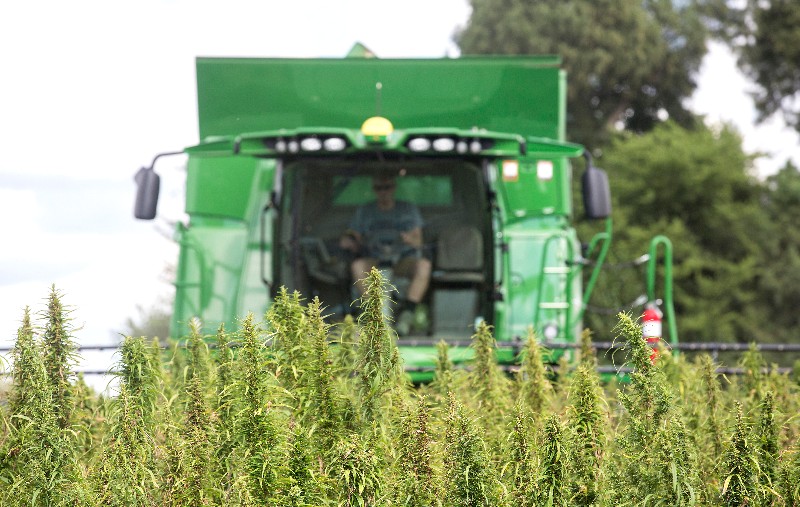 A Look at the Numbers

Processors paid Kentucky farmers $17.75 million for harvested hemp materials in 2018, up from $7.5 million the year before, Quarles said.
The numbers were based on licensed processors’ reports to the Kentucky Department of Agriculture and provided a snapshot of hemp’s growth heading into a new era of full legalization. Even with the growth, hemp remains a blip on the radar for Kentucky’s diversified agriculture sector.

But Quarles said the figures solidify Kentucky’s reputation as a national leader in the crop’s comeback.

“We are building the critical mass of growers, processors and researchers that will ensure the hemp industry’s success in Kentucky for years to come,” he said in a release.

Last year’s surge in processor sales and the amount paid farmers came before hemp was legalized as a farm commodity as part of the new federal farm bill. The measure approved in late 2018 removed hemp from the list of federally controlled substances. It treats the low-THC version of the cannabis plant like any other agricultural crop. THC is the cannabis compound that gives marijuana its high.

Hemp Uses: Past to Present

Hemp is deeply rooted in Kentucky’s past. The crop was historically used for rope but has many other uses, including clothing and mulch from the fiber; hemp milk and cooking oil from the seeds; and soap and lotions. Other uses include building materials, animal bedding and biofuels. Hemp-derived cannabidiol, or CBD oil, has become increasingly popular as a health product.

The crop was banned for decades due to its family ties to marijuana. Hemp and marijuana are the same species, but hemp has a negligible amount of the psychoactive compound that gives marijuana users a high.

The crop was banned for decades, but hemp’s comeback started with the 2014 farm bill, when McConnell helped push for a provision allowing states to pursue hemp research and development.

Quarles cautioned that the hemp sector is in the “beginning stages” of its transition to full commercialization and urged growers and processors to be “clear-eyed” about the opportunities and challenges.

“Like all crops and business ventures, there is risk in this industry,” he said.

The new farm bill gives hemp growers increased access to USDA programs. Quarles said federal crop insurance and other USDA programs will take time to develop as the Trump administration works to implement all aspects of the farm bill.