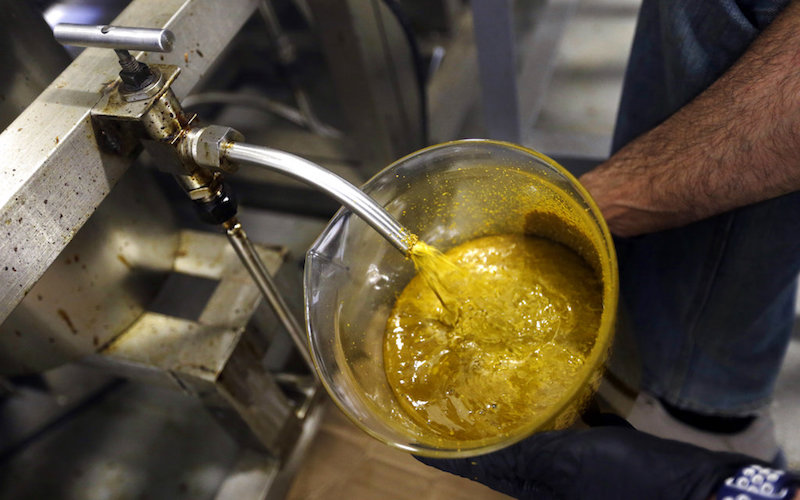 The hemp industry still has work ahead to win legal status for hemp-derived cannabidiol, or CBD oil, as an ingredient in food or dietary supplements despite the big farm bill President Donald Trump signed this week designating hemp as an agricultural crop.

CBD oils have become increasingly popular in lotions, tinctures and foods, but their legal status has been murky and the Food and Drug Administration has sent warning letters to some companies making health claims for CBD.

In a statement following Thursday’s bill signing in Washington, FDA Commissioner Scott Gottlieb restated his agency’s stance that CBD is a drug ingredient and therefore illegal to add to food or health products without approval from his agency.

“Selling unapproved products with unsubstantiated therapeutic claims is not only a violation of the law, but also can put patients at risk, as these products have not been proven to be safe or effective,” Gottlieb wrote.

CBD is a non-psychoactive compound found in hemp, a version of the cannabis plant that is low in THC, the part of cannabis that gives pot its high.

The FDA statement also specified parts of hemp that are safe as food ingredients, but the CBD stance disappointed advocates. Courtney Moran, a lobbyist for Oregon hemp farmers, said she plans to work with U.S. Sen. Ron Wyden, an Oregon Democrat, to nudge the FDA toward greater acceptance of CBD.

“We do hope the FDA does clear a pathway for these products that have already hit store shelves and are out in the marketplace,” Moran said. She said it’s an “opportunity for industry to educate the FDA.”

The FDA statement said three ingredients derived from hemp – hulled hemp seeds, hemp seed protein and hemp seed oil – are safe as foods and won’t require additional approvals, as long as marketers do not make claims that they treat disease.

Hemp, like marijuana, already was legal in some states before Trump signed the farm bill. But now hemp farmers will be able to buy crop insurance, apply for loans and grants, and write off their business expenses on their taxes like any other farmer.