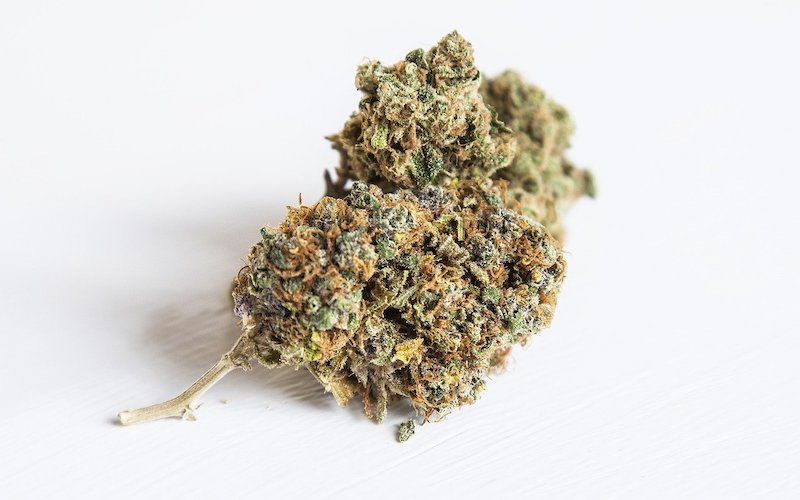 Like naming racehorses, coffee beans, and crossover SUVS, naming strains of weed is an underappreciated art form. The very best weed strain names not only create a sense of anticipation, like you’re about to fall off the ferris wheel at the state fair, they also inform the consumer, while respecting the power and healing qualities of the cherished plant. Here are some of our favorite origin stories.

A potent indica-dominant strain, Starkiller got its appropriately dramatic name at a party one night in the basement of Susie Shannon’s San Luis Obispo ranch house. It was deep in the throes of 2018’s wildfire season, and no one at the party had seen the stars in what seemed like years. Karen Tiedleman found Susie’s childhood Ouija board and took it down to play, but was soon distracted by a particularly horrible conversation about Game of Thrones spoilers. She turned to put the board away, and found Susie’s 12-year-old Tabby, LongJohn, spelling out the word “Starkillers” with his paws. Karen immediately quit smoking weed and moved back to Minnesota to live with her parents and go to paralegal school. Karen’s girlfriend would later name her new strain in remembrance of the night that saved her from what definitely would have turned into a weird relationship.

This sativa-heavy strain is a favorite for treating depression or anxiety. Much like an actual gorilla would help treat depression or anxiety – by completely erasing these symptoms with fear. Fear of failure. Fear of artistic dissatisfaction. Fear of accidentally gluing your eyes shut when you used the gorilla glue instead of your regular eyelash glue because you didn’t have time to run to CVS, and now you can’t unstick your lashes except by maybe cutting them off, but you also can’t see, so you can’t find the nail scissors either. Not that that happened.

If you are to one day find yourself on a ghost train, (and these things can happen, trust me), the first thing to do is don’t eat, drink, or smoke anything on the train. Sure, realizing and adapting to being on a ghost train pummeling through space and time beyond the speed of light, sound, or heartbreak can be very stressful. And that joint is just sitting there in the ashtray at the bar, as if left by a guardian angel. But the moment you smoke that, the boundary between worlds will melt, and all people will seem alive and dead at the same time. It will be very hard to have sex with anyone. Anyway, this strain was named after an indie-pop band the breeder used to have in high school.

Combining the Power of CBD Tea and Cannabis