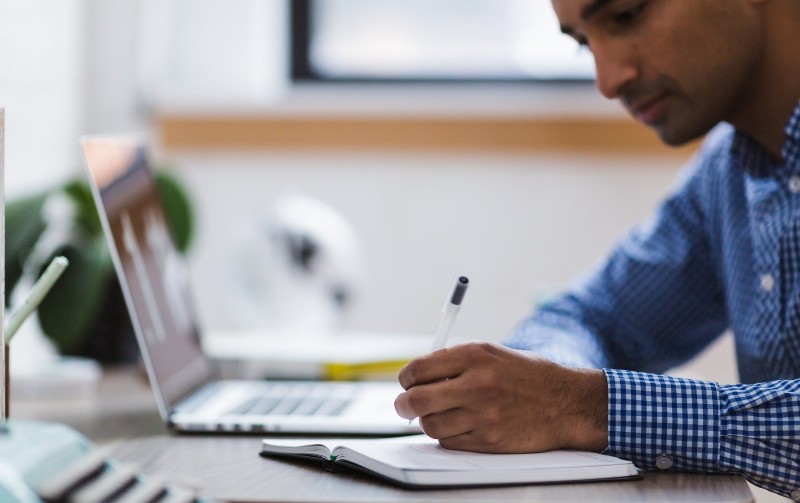 As cannabis becomes a more nationally accepted industry, the need for education about the substance is growing. Some universities are now offering cannabis-focused classes, covering its history, uses, and policies.

We spoke with James Wohlleber, a recent graduate from Clark University’s Certificate in Regulatory Affairs for Cannabis Control program, to discover what a university education in cannabis really looks like.

In the fall of 2019, Clark University launched the nation’s first Certificate in Regulatory Affairs for Cannabis Control. This 3-course online program allows students to explore the public policy issues related to the complex industry. As an online program, it is available to students all over the country.

Wohlleber, owner of Certified Cannabis Regulators, shared his enthusiasm as one of the first students to complete the cannabis curriculum: “I got an MBA a couple years ago. And now, I’ve added on to that with this certificate, offered through [Clark University’s] Public Administration Program. I was a member of the inaugural class, which only had 14 people.”

The most critical elements of the certification are educating students on the substance and defining how local laws and policies are enforced. 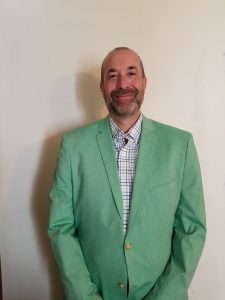 Owner of Certified Cannabis Regulators James Wohlleber is one of the nation’s first graduates from Clark University’s Certificate in Regulatory Affairs for Cannabis Control program.

This might include topics like: each community has unique purchase limits; some choose not to enforce those limits at all, while others are strictly enforced. Additionally, the smell of cannabis is no longer probable cause to search someone, so police officers may have a harder time enforcing those limits.

Beyond enforcement, learning about the substance’s many uses is often an eye-opening experience for students.

Wohlleber explained: “The first class was education and enforcement. So that part for me, specifically, was powerful. I wasn’t aware of the extensive medical benefits. I was only really aware of using cannabis for pain, but then they showed us extensive studies about how cannabis can even block tumor growth, so that was big for me.”

Exploring the medicinal benefits of cannabis is an important facet of cannabis education. Many people aren’t familiar with the large volume of scientific research supporting its use as a therapeutic medicine.

This is particularly important for states which have recently legalized medicinal use, as communities need to understand that this is a legitimate medicinal substance that doesn’t deserve the stigma which has long been attached to it.

Removing stigma was another important aspect of Wohlleber’s education.

He explains: “We learned about the smear campaign against marijuana, which was fascinating, because cannabis was cool until around the 20th century. Since the 1930s, when Reefer Madness came out, people have been scared away from the plant. To this day, there are still people who think like that.”

Wohlleber is determined to give his children a better education on the substance than he received. “I have had honest conversations with my children about it now, and they’re teenagers. So the education part of this certificate was extremely important to me,” he shared.

Another aspect of his education was learning how to discuss cannabis with local community leaders. When a state legalizes cannabis, local municipalities have to decide if they want the industry in their town.

Wohlleber noted: “The cannabis industry, especially in Pennsylvania, is in its infancy. I don’t think any market’s really mature yet, but this is a transitional time.”

During these transitional times, leaders need educated insight, and this certificate positioned Wohlleber to provide that knowledge.

He explained: “Something else we learned about were unintended consequences. So, part of what I can offer now is talking to local municipalities about why they should allow dispensaries or grow-op facilities in their town and what they should look for when planning for these new businesses to enter their community.”

He advises local governments to carefully consider where these businesses will be located. Health and community impact were an additional component of his certification.

Wohlleber cautioned: “Youth prevention is an important part of community impact. So, for example, I might advise city planners against placing a dispensary right next to a YMCA, or a similar facility.”

Something else he advises cities to consider is how many cannabis businesses to place in one area. “For example, let’s say you had an industrial park and decide to let multiple growers into this park. Of course, you’re going to have some type of smell mitigation. So if you have three growers in the same place and it starts to smell, which business will you cite for the violation?”

Wohlleber says that these considerations are things that many local officials aren’t prepared for. That’s why this certification is the first step toward a much needed push to include cannabis in higher education.

As more and more states push toward decriminalization or even full legalization, providing more educational opportunities for industry professionals, lawmakers, city officials, and the general public will be pivotal to the successful growth of the industry.

Without classes like these, and thoughtful graduates like Wohlleber, the road to nationwide acceptance could be a long one.