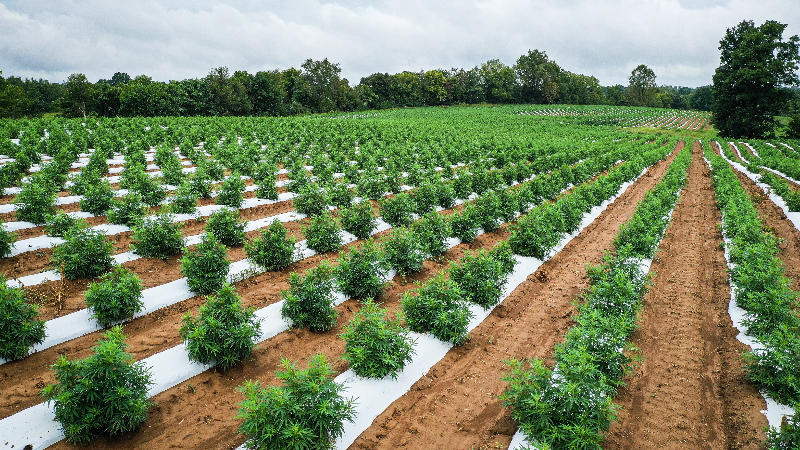 While marijuana has remained taboo over the last fifty years, today, the hemp and cannabis industries are growing at exponential rates across the United States and spanning the entire globe. As cultivators, processors, and distributors ramp up their operations, the market demand promises to outrank production for several years.

The 7th Edition of The State of Legal Cannabis Markets from BDS Analytics, the premier market research firm focused on the cannabinoid market, highlights the explosive growth in the demand for cannabinoid-based human and pet consumption products. This consumer demand will lead to unprecedented opportunities for manufacturers from a myriad of product categories, including food and beverage, nutraceuticals, and supplements, as well as topicals and beauty products.

With Affinity, the cannabinoids are targeted at a molecular level, so they can be isolated and separated from the crude oil without extensive processing and still reclaimed with 99.7 percent purity.

Per the report, in 2018, the total cannabinoid market in the United States rose to new heights, with around $624 million in CBD products sold through general retail outlets. On the other hand, products sold in legal dispensaries, which contain some amount of THC, resulted in nearly $10 billion in sales.

Expecting hemp and cannabis growth to continue the trend, BDS Analytics provides a bright vision for savvy investors with staggering industry projections by 2024 that include:

In fact, the report states that hemp-based CBD spending by US consumers will top $13 billion by the end of 2024. Another data analysis site, Statista, adds to the allure of CBD with their annual usage statistics, which state, “In 2018, the estimated CBD (cannabidiol) usage rate among the adult population in the United States was 6 percent. This figure was estimated to increase to 35 percent by 2024.”

Outside of the United States, the market is trending similarly. According to statistics from BDS Analytics, the global market rose from a mere $3.4 billion in 2014 to nearly $11 billion in 2018. By 2024, the data firm predicts that the worldwide market will reach more than $40 billion. These estimates equate to a 24% compounded annual growth rate (CAGR). Additionally, the report states that “international markets out of North America will grow from $517 million in 2018 to $5.4 billion in 2024, a CAGR of nearly 48%.”

Although North America continues to lead the charge in global sales, global production is a much different story. New Frontier Data and the Hemp Business Journal published “The Global State of Hemp 2019,” which lists China, Canada, and the European Union as the three most formidable hemp producers in the world. In fact, the report states that farmers in China have an estimated 200,000 to 250,000 acres of hemp, and it continues to increase.

However, with a recent announcement by Sixth Wave, processors no longer need to rely on increasing acreage to claim higher cannabinoid yields. 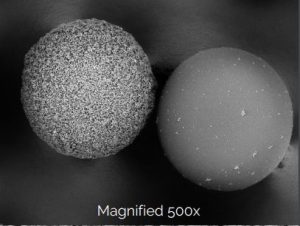 Whether the producer wants to isolate CBD or remediate THC for a T-free, broad-spectrum product, Affinity selectively targets, isolates, and removes cannabinoids at a molecular level using molecular imprinted polymers in a water/ethanol mixture.

Using current methods for cannabinoid isolation employing chromatography, producers typically lose between 10 to 15 percent of the cannabinoids as a casualty of the process. Chromatography processes also come with a significant impact on capital and operating expenses, as the laboratory-grade equipment requires a major investment and requires qualified staff to manage it. And, because of the cost and limitations of legacy chromatography solutions, scaling up to meet demand is a costly endeavor.

The Affinity cannabinoid purification system by Sixth Wave provides the ability to increase cannabinoid yields, eliminate cannabinoid losses, and do so quickly and easily without expensive, advanced extraction processes like winterization and chromatography. Additionally, contaminated crops will no longer be a complete loss. With Affinity, the cannabinoids are targeted at a molecular level, so they can be isolated and separated from the crude oil without extensive processing and still reclaimed with 99.7% purity. So, whether the producer wants to isolate CBD or remediate THC for a T-free, broad-spectrum product, Affinity selectively targets, isolates, and removes cannabinoids at a molecular level using molecular imprinted polymers in a water/ethanol mixture.

Additionally, unlike legacy processes, Affinity provides this unprecedented cannabinoid purity in a platform that’s simple to use and grows with the producer. Affinity doesn’t require highly skilled laboratory staff. It is easy to scale for any size business, thus making it more accessible and easier to scale for small cannabis and hemp growers.

Extraction techniques continue to evolve, and by focusing on the compounds at the molecular level, isolation and purification allow producers to create specific formulations and blends of the hundreds of compounds found in cannabis. Nanotechnology extractions present a plethora of new possibilities for producers and consumers alike. While only time will tell how the industry will advance, we can be confident that technology and science will continue to usher in new product developments.