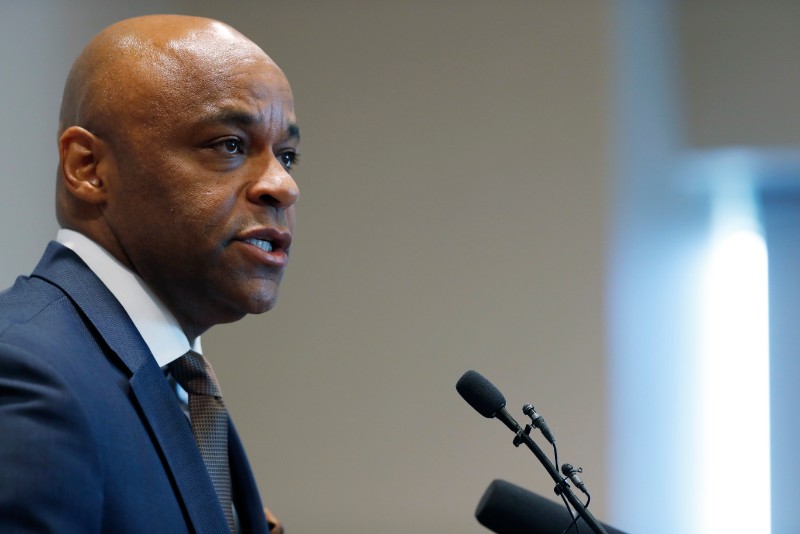 DENVER (AP) — Denver on Wednesday became the latest city in the nation to take steps to eliminate low-level marijuana convictions in places where the drug is now legal, acknowledging the barriers that such offenses pose to minority, low-income, and other people.

Denver officials said Colorado law doesn’t allow them to go as far as some other cities and states in automatically dismissing or pardoning convictions.

Instead, they unveiled a program allowing thousands of people to avoid costly legal action by filling out an online form or attending an event to start the process with help from city officials.

Such efforts across the country are intended to help repair problems that strict enforcement of marijuana laws caused in finding jobs and housing.

“This is about equity for our communities of color and individuals who were disproportionately impacted by low-level marijuana convictions that are no longer crimes in Colorado,” Denver Mayor Michael Hancock said. “Overturning these convictions is part of Denver’s multi-pronged approach to correct the social injustices caused by the war on drugs.”

Colorado was among the first states to broadly allow the sale and adult use of marijuana, but cities elsewhere have led the way on automatic expungement of past convictions.

Seattle, San Francisco and some prosecutors in New York City last year rolled out programs to toss hundreds of marijuana convictions, saying now-legal activity should no longer block people from getting jobs or finding housing.

States also have sought solutions to the problem. Washington state’s governor announced this month that he would pardon thousands of people convicted of marijuana possession, and Michigan’s governor has said she would consider a similar approach.

California has a new law requiring the state Department of Justice to provide lists of marijuana convictions eligible for erasure or reduction to local prosecutors.

Colorado currently allows people to petition courts to remove marijuana offenses, including possession, from their records. Advocates have criticized that approach because it puts the onus on people with convictions and can become expensive and time-consuming.

The new program still requires people to take the first step toward clearing their records, either by filling out an online form or attending an event.

The Denver district attorney or city attorney will then seek court approval for the convictions to be eliminated and follow up with state agencies to make sure records used by employers, landlords and others during background checks have been updated. 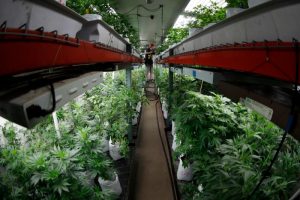 FILE – In this Wednesday, Oct. 11, 2017, file photograph, a worker waters marijuana plants at the Colorado Harvest Company in Denver. Denver officials say a new program will make it easier for people to clear low level marijuana convictions prosecuted before its use became legal in Colorado. Under the partnership between the Denver district attorney, the city and the county, people seeking to clear their records will be led through the process by the offices’ staff.(AP Photo/David Zalubowski, File)

Based on a review of digitized court records between 2001 and 2013, Denver officials have estimated 10,000 convictions could be eligible.

Advocacy groups that work with people hamstrung by old marijuana convictions welcomed the change and hope it will lead to more sweeping action by Democrats who now control the Legislature.

A past conviction “is a jacket that you wear the rest of your life,” said Rudy Gonzales, executive director of Servicios de la Raza.

The nonprofit group focuses on Denver’s immigrant and refugee communities and has hosted events giving people free access to attorneys for advice on clearing convictions.

Gonzales said even minor drug convictions keep people from working in well-paying industries, improving their credit and finding housing. He called Denver’s program “a start” that can be expanded and improved over time.

Most people will not be required to pay anything to have their convictions eliminated. The Marijuana Industry Group that represents growers, sellers and other sector businesses is helping cover court fees.