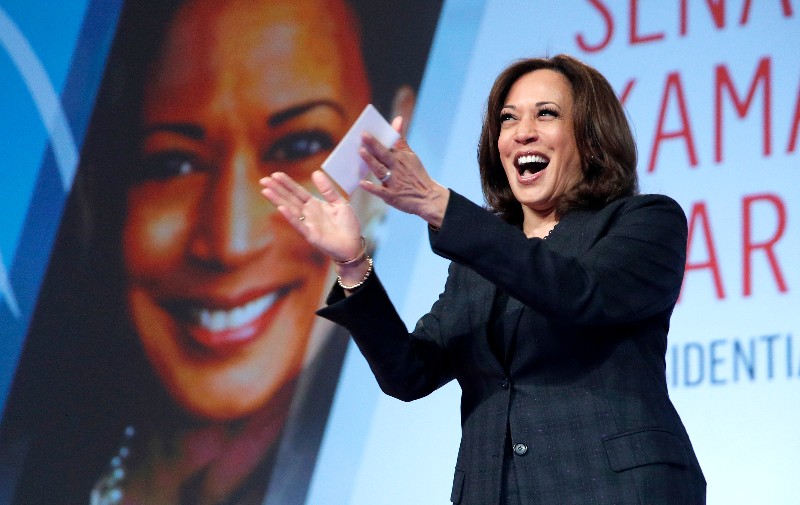 Making marijuana legal at the federal level is the “smart thing to do,” says California Sen. Kamala Harris, a former prosecutor whose home state is the nation’s largest legal pot shop. New Jersey Sen. Cory Booker, a prominent legalization advocate on Capitol Hill, says the war on drugs has been a “war on people.”

Former Texas Congressman Beto O’Rourke, who appears poised to join the 2020 Democratic field, has written a book arguing marijuana legalization would hobble drug cartels. In an email to supporters this week, he called again to end the federal prohibition on marijuana.
“Who is going to be the last man — more likely than not a black man — to languish behind bars for possessing or using marijuana when it is legal in some form in more than half of the states in this country?” O’Rourke wrote.

It’s a far different approach from the not-so-distant past, when it was seen as politically damaging to acknowledge smoking pot and no major presidential candidate backed legalization.

In 1992, then-White House candidate Bill Clinton delivered a famously tortured response about a youthful dalliance with cannabis, claiming he tried it as a graduate student in England but “didn’t inhale.” And two decades before that, President Richard Nixon unleashed a war on marijuana and other drugs and it helped carry him to a second term.

Another 2020 Democratic candidate, Minnesota Sen. Amy Klobuchar, supports legalization and believes states should have the right to determine how to handle marijuana regulation within their borders but hasn’t signed on to Booker’s legislation.

Washington Gov. Jay Inslee, who entered the contest this month, said in his announcement speech it’s “about time” to legalize the drug nationally.

During his 2012 run for governor, Inslee opposed the ballot initiative that made Washington one of the first two states to legalize so-called recreational marijuana. As governor, however, he has frequently touted what he describes as Washington’s successful experiment with regulation and has urged the Obama and Trump administrations not to intervene. He recently began pardoning people with small-time marijuana convictions. 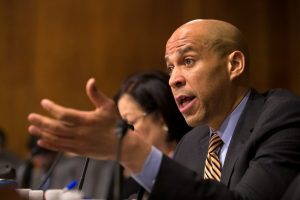 In the late 1960s — the era of Woodstock and Vietnam — 12 percent of Americans supported legalization, according to the Gallup poll. By last year, the figure hit a record 66 percent. About 75 percent of Democrats support legalization, along with a slim majority of Republicans.

Most Americans now live in states where marijuana is legal in some form. Pot dispensaries are familiar sights in cities like Los Angeles and Denver, and conservative strongholds like Utah and Oklahoma have established medical marijuana programs.

To Mason Tvert of the Marijuana Policy Project, a pro-legalization advocacy group, it’s not surprising there’s broad support among candidates to end the federal prohibition.

“It’s no longer popular to be in favor of marijuana prohibition,” Tvert said.
But there are limits: “We are not seeing any candidates saying, ‘I am currently a marijuana user,'” he added.

The trajectory toward legal pot has come with generational change.

In a 2003 Democratic presidential forum, candidates John Kerry, John Edwards, and Howard Dean acknowledged using marijuana in the past. Former President Barack Obama has been open about his youthful drug use, sometimes with a jab of humor: “When I was a kid, I inhaled. Frequently. That was the point,” he said in 2006.

In a recent radio interview on the syndicated “The Breakfast Club,” Harris recalled smoking pot in her college days in the 1980s. She was an early supporter of medical marijuana but the Los Angeles Times reported that in 2010, the year she was elected California attorney general, that Harris opposed an initiative to more broadly legalize marijuana.

How potent the legal pot platform might be with voters in 2020 is only a guess.

Polls show some of the strongest support comes from younger voters. In California, millennials are now the largest generation among registered voters. However, younger voters are also the most likely to stay home on Election Day, said Paul Mitchell of Political Data Inc., a nonpartisan research firm.

In a departure from his predecessor, Jeff Sessions, new Attorney General William Barr has said he will “not go after” marijuana companies in states where cannabis is legal, even though he personally believes the drug should be outlawed.

Standing somewhat apart from the Democratic field is the man who presided over one of the first legal recreational marijuana marketplaces in the nation, former Colorado Gov. John Hickenlooper.

Hickenlooper opposed the ballot measure that fully legalized marijuana in Colorado in 2012. But he said he accepted the will of the voters and won praise for implementing the measure. He says his “worst fears” about legalization haven’t been realized and considers the system better than when the drug was illegal.

Still, Hickenlooper isn’t willing to go as far as some competitors. Rather than calling for national legalization, he wants the drug to no longer be a Schedule 1 controlled substance so it can be studied.

He doesn’t think the federal government “should come in and tell every state that it should be legal,” believing states should make their own determinations.

“I trust this process by which states should be the models of, or laboratories of, democracy,” he said.