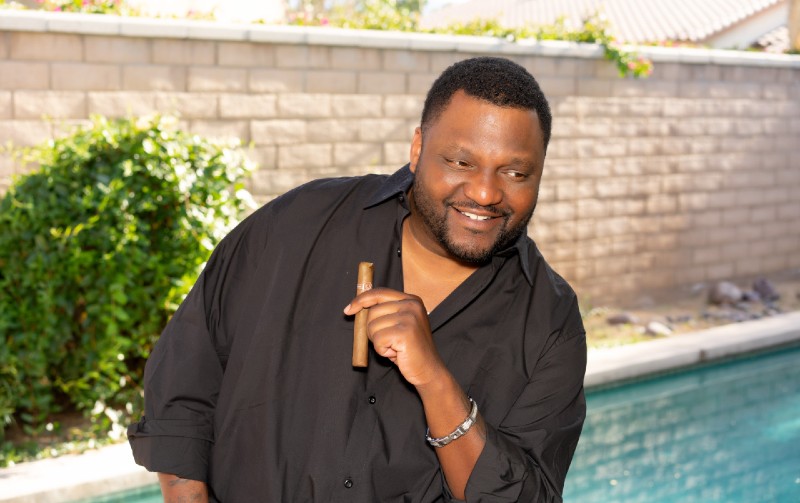 For the first time since 1920, it’s 4/20 all month long! How are you celebrating this year? If you’re like millions of Americans, you’re likely celebrating from the comfort of your own home.

Thankfully, cannabis is considered an essential resource in many communities, so perhaps your favorite edible, THC tea, or concentrate will soothe your rattled nerves.

If you’re looking for a little laughter and distraction, perhaps the aptly titled The 420 Movie: Mary & Jane will pique your interest. It’s now streaming on all your favorite platforms.

We spoke with actor and comedian Aries Spears to hear his take on the film and learn more about his outlook on the intersection between comedy and cannabis.

Cannabis & Tech Today: You’re in southern California, so you’ve been under shelter-in-place orders for a few weeks now. How are you handling it?

Aries Spears: You know, I try to take it in stride, but it sucks.

C&T Today: Yes, yes it does. Is your family locked down with you?

Aries Spears: Yeah. But you know, it feels like a Thanksgiving that won’t end.

C&T Today: [Laughs] I’m sure a lot of people are feeling that way. How is the lock down impacting the entertainment industry, overall?

Aries Spears: I guess everything’s on hold. I don’t know the impact in terms of money, but I would imagine no real money is being made. Everything’s being chalked up as a loss, so it’s devastating.

C&T Today: I understand that one way production companies have been pivoting to address the closures is through increased streaming content. While people are stuck in their homes, streaming subscriptions are at an all time high. Your film, “The 420 Movie” released on major streaming platforms on April 7. Can you tell me a bit about the film and your role?

Aries Spears: I play a crooked, dirty, cop who does everything he’s not supposed to do. The lead characters, two young ladies, invent a smoking device, to help their dad save his town from bankruptcy.

C&T Today: Saving the day with comedy and cannabis, I like the concept. Do you think there’s always been a connection between cannabis and comedy?

Aries Spears: Well, everything is funnier.

C&T Today: In that same vein, do you think it’s strange to see cannabis making more of an impact on mainstream culture?

Aries Spears: No, I think it’d be better if it were in the mainstream. It’s probably, from what everybody who knows about it and who has ever done it, it’s the least harmful vice on the planet. And, more or less, it brings people together. So I don’t see why it wouldn’t be more mainstream.

C&T Today: Does it play a role in your creative process?

Aries Spears: No, not really. I just totally use it for recreational purposes. I try not to mix business with pleasure.

C&T Today: During an interview with Jim Belushi, he mentioned a strain he calls “the smell of SNL,” because it was the preferred strain among the writers of the show. Did Mad TV have a similar smell?

Aries Spears: Our smell was called struggle [laughs]. You know, it’s always funny to me when they give marijuana all these names… at the end of the day, it all just gets you high. It’s like, you could have all the different kinds of vodka you want. But when it’s all said and done, they all do the same thing, which is to get you drunk.

C&T Today: You’re also doing a lot of podcasting now. What do you like about that medium?

Aries Spears: I think it allows you to just totally be who you are. There aren’t any real rules or restrictions or regulations. Whereas now, it seems like everything is so defined by political correctness and sensitivity.

C&T Today: Have you seen that change a lot during your career, what you can say and how you can express yourself?

Aries Spears: I think it’s changed for some people. I think it only changes you if you let it change you. I’m pretty stuck in my ways, so I’m going to do what I do in a way that makes me most comfortable. And if people adapt to it, great. If they don’t, you know, that’s what the exit sign is for.

C&T Today: I listened to one of your podcasts and you talked about how the media can shape societal perceptions. What role do you think the entertainment industry plays in shaping people’s perception about cannabis?

Aries Spears: I don’t know that it has that much of an effect on people. I think, at this point, we all know what it does and we all know what it is. I mean, the only people telling you not to smoke cannabis are either your parents, who at one point did it, or politicians, who probably need to do it.

C&T Today: Given that many people are under shelter-in-place orders, how do you think the cannabis community is going to celebrate 4/20 this year?

Aries Spears: I think they’ll still do it. Which, if you get high enough, that’s its own celebration. But you know, I think once this thing is over, people are going to go into overdrive and celebrate harder than they’ve ever celebrated before.