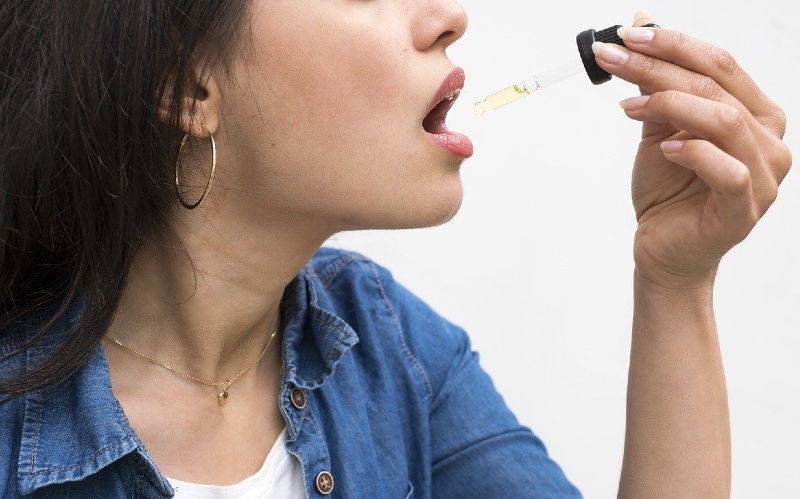 Consuming cannabis can provide numerous wellness benefits to consumers and patients as a growing body of peer-reviewed research demonstrates.

Countless people around the world use cannabis for medical or recreational purposes, as people have done for many centuries.

Cannabis has been found by at least one peer-reviewed study to be 114 times safer than alcohol, and many people prefer to make the safer choice and consume cannabis rather than alcohol.

In some instances a consumer or patient may need to refrain from consuming cannabis, either for tolerance-break purposes, or for an upcoming drug test.

It could also just be due to personal preference.

Regardless of the reason, when someone is a frequent cannabis consumer it can be helpful to incorporate CBD to increase the likelihood of THC-focused cannabis abstinence, per a recent study out of the United Kingdom.

CBD And Refraining From Consuming THC

Investigators with the University College of London recently conducted a study in which the researchers explored the relationship between CBD consumption and whether it helped consumers refrain from consuming cannabis that was high in THC.

The study involved administering daily doses of CBD or a placebo over the course of 12 weeks to 82 study participants.

Every participant self-reported that they wanted to quit consuming cannabis for various reasons, yet were unsuccessful in doing so.

“In the first randomized clinical trial of cannabidiol for cannabis use disorder, cannabidiol [doses of] 400 mg and 800 mg were safe and more efficacious than placebo at reducing cannabis use,” the study’s authors concluded.

A daily dose of 400 mgs of CBD seemed to work the best according to the study’s results, with doses of 800 mgs and 200 mgs being determined to be less effective.

CBD has also been found to be effective at helping curve cravings for other substances, including tobacco.

Does CBD Show Up On A Drug Test?

Arguably the most common reason for someone to want to refrain from consuming cannabis is for drug testing purposes.

Drug tests are regularly administered for employment purposes during the initial hiring process and/or on a regular basis as a condition of employment.

It is also common for individuals subjected to the criminal justice system to have to undergo ongoing drug testing.

Typically, drug testing does not look for traces of CBD in a person’s system, but rather, THC.

THC is associated with intoxicating effects whereas CBD is not, and is presumably why drug tests look for one cannabinoid versus the other.

If someone is trying to refrain from consuming cannabis for whatever reason, feel free to share the results of the study out of the United Kingdom with them.