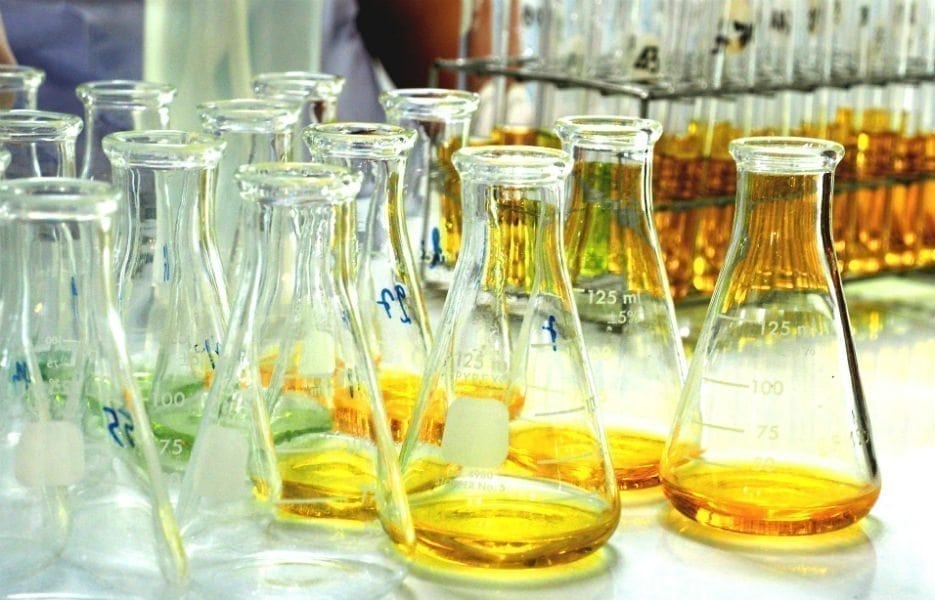 Cannabis distillates are the highly potent, odorless products that activate immediately after use. While distillation may be on the rise in the cannabis sector, it has long been a process trusted by other industries – most notably alcohol.

Today, the distillation of concentrates is fueling a market boom in cannabis. The process is considered a game changer which refines previously extracted cannabis products into what is often called “The clear.” In cannabis, both short path and wiped film are two distillation methods making the industry buzz. Moreso, cannabis distillation boasts a short residence time of about 10 seconds with a low evaporation temperature which places only a small amount of thermal stress on the distilled concentrates.

With a high market demand for cannabis distillates and a relatively straightforward process, it should come as no surprise that businesses are flocking to the sector. The company leading the trend is Root Sciences, the largest and most successful commercial-scale short-path distiller for the cannabis industry. Its system refines cannabis and hemp concentrates into distillates for infusion into a range of products from edibles to oils to vape cartridges. Root Sciences touts its own wiped film process that uses molecular separation or short path distillation to separate the product down to just its cannabinoids. Working at lower temperatures and with a rate of 1500 mph (milliliters per hour), Root Sciences creates potent distillates that also preserve the product’s golden color. Overall, the stripping of the concentrate’s impurities, solvents, and other components leaves users with a safer-to-consume product with a higher potency to boot. In fact, cannabis distillates have a significantly higher strength than extracts and flower. It is common to find distillates enhancing the strength of concentrates with a potency between 70 and 80 percent to an excess of 95 percent.

Root Sciences is one of the most prominent names in the industry. That is quite a jump from where the process and its marketplace were just a short while ago. Last year, Root Sciences’ CEO Nenad Yashruti marveled at the idea of being in Germany for the Cannabis Collaborative Conference 3.0: “I have to pinch myself that we’re at a global cannabis conference in Germany,” Yashruti explained, adding, “it’s amazing.”

While at the event, Yashruti added, “We’ve talked to a lot of people from Berlin today. They’re asking the right questions.” Yashruti’s experience appears to have been the case for the market overall, as Germany and other European countries join the growing list of nations with a medical marijuana program. With both THC and CBD distillation possible, as well as the encouraged “entourage effect,” these products may provide patients with an effective, safe to consume form of medicine that rivals the market today.

Though market data remains thin at the time, early figures show that distillates are a significant portion of the industry’s interest. Today, cannabis distillates stand to be a potentially incredible treatment method for medical conditions ranging from pain relief to digestion. With an innovative method like Root Sciences’, progressive brands are already staking their claim as major players in the space. If data continues to show the market’s high interest, expect to hear much more about cannabis distillates in the years to come.