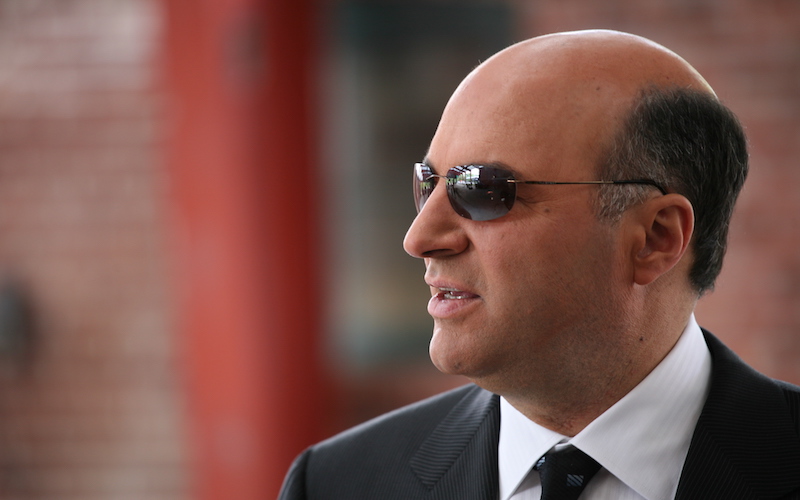 Mr. Wonderful gives his brutally honest take on the modern state of cannabis.

Throughout his illustrious career, Kevin O’Leary has invested in a wide array of industries, including fitness, tech, food delivery, and many more. However, one sector that has piqued the interest of “Mr. Wonderful” is the billion-dollar business of marijuana. O’Leary has strong opinions regarding the booming world of cannabis, with a sobering focus on the importance of resolving legislative issues unique to the space.

The Shark Tank star, who has invested in companies across multiple continents, will be giving his heavy takes on the business side of marijuana as the keynote speaker for MJBizConNEXT in New Orleans in May. In this exclusive interview, O’Leary gives his patented honest opinions on the unique nature of the cannabis industry, if blockchain could play a role in its growth, and the potential for cannabis products to appear on Shark Tank.

Cannabis & Tech Today: From an investor’s point of view, what’s the biggest difference between the cannabis industry and others?

Kevin O’Leary: Well, I think investors are starting to figure out that environments where the regulation is accelerating, the Canadian market for example, are no different than any other industry. There are going to be good operators with executional skills and bad operators with weak executional skills. A lot of capital went into Canadian startups and now you’re starting to see the differentiation between those companies who can execute and those who can’t.

Then you have this bifurcation between those who support medicinal marijuana and those who support recreational, and those who support both. You’ve got so many cross currents going on simultaneously. From the investors point of view, I think it’s very interesting to look at each of these touch points because the reason that so many institutional dollars do not invest in the industry is the delta between the state mandate, or in the case of Canada the provincial mandate, and the federal mandate. We’re at a really interesting time in this industry. I’ve never seen more capital poised to get deployed that won’t pull the trigger, than now.

C&T Today: Is it because people are unsure of how it will play out on the federal level?

KO: Exactly. The institutional capital has to be compliant. It spends a tremendous amount of time remaining compliant. So, it’s a huge problem if you invest in a Colorado or California business, which is illegal in Florida, and you have assets in Florida. There are a whole lot of complicated, twisted ties that you’d rather just not engage in, and so you just don’t invest in the first place.

What I’ve said to the industry, and I’ll be speaking about this at MJBizConNEXT, is given the challenges here, and the opportunities at the same time, why not bifurcate this industry in two components: medicinal and recreational? If we go through a federal mandate on a medicinal basis with all the covenants around the FDA, because most people now agree that there is an agreed medicinal attribute to this commodity, it should be regulated in the same way every other opportunity is in drugs.

If we just put the industry’s effort and lobbyists and momentum into getting a federal mandate for medicinal application, that would free up 75 percent of the capital that wants to invest in it.

It doesn’t mean that we wouldn’t eventually get a recreational mandate, but it would get the federal deal done. I think no one has approached it that way, and they should, because I spend every day talking to institutional investors. There is no way they’re investing in this space until they have a federal mandate, not a chance in hell. You’re talking about hundreds of billions of dollars waiting to be deployed.

C&T Today: Once the dust finally settles, do you believe the industry will experience the massive success some are predicting?

KO: Not on recreational, I don’t. On medicinal, I do.

I am not sure that we’re going to see a federal recreational mandate in your lifetime. I do think we’re going to get there on a medicinal basis. There’s just too much research supporting the merits of what this molecule can do. Like any other drug, it should be regulated and produced under the terms of the FDA and the opportunity there is huge, just huge. We’ve got an aging population that could really use this product.

The investment opportunities are on the medicinal side, so I would rather get on board with a medicinal mandate, federally, and invest in that. You have to pick your fights. The industry has to pick its fight.

It hasn’t focused very well. It’s got Colorado, California, Vermont, whatever, but who cares? The best opportunity is way, way, way larger, and it just isn’t being focused on. If you went to the government, the feds and said, “Look, we’re going to stop fighting for recreational use. Let’s forget about that. Help us get a mandate for medicinal use, edibles, quality control, whatever the delivery system is. Tell us the path to that and let’s just focus on that. We’re going to give up the fight on recreation.” Once you get medicinal, then you go back and fight the fight for recreational.

C&T Today: Are there any other business or ancillary services that you think should be trying to make a play into this growing industry?

KO: There are, but here’s the problem. I’m a typical investor.

I see a great opportunity every week, all kinds of different opportunities, and I won’t touch any of them. I am not going to risk my overall mandate across all of the companies that I’ve got to get involved in a contest with the federal regulator regarding an investment in this product. I’m just not going to do it. It’s just not worth it.

I live in a compliant world. All I do is make sure I’m compliant every day, everywhere. I’m a fiduciary; I invest; I’ve got financial service companies. I’ve got a portfolio of over 30 different companies I invest in. I don’t need this headache. I’m not going to take a chance on it.

That is a big problem. You can “rah-rah-rah” until the cows come home, but unless this gets a federally regulated mandate, 99 percent of the real money is not going to play. I take enough risks every day in every sector I invest in. I don’t take regulatory risks. That’s just stupid.

C&T Today: Do you think there’s a situation where blockchain could help with the industry’s finances?

KO: No, I don’t see that opportunity at all. I think the reason the FDIC ensures banks don’t touch this is because it reaches the federal law, they’re not going to do it. If you want to use blockchain to try and circumvent the regulator, you do that at your own peril. That’s why this industry has to bury its cash in the ground, or trade it for services or whatever else.

This is why it’s always going to be a peripheral opportunity. It’s never going to be institutional. Nobody is going to ever breach a federal banking mandate by trying to use blockchain to move cash around the regulator. That’s sheer insanity. You know with certainty they’ll go after that. When people assume that the regulators don’t know how blockchain is used, they’re probably the most advanced at watching what’s going on there.

My message is, don’t mess with the regulator. It’s just bad business. You know, small operators think they can circumvent these rules. When you start a business you don’t stay small. You want to get big. The way you get big is you play by the rules and you work with the regulator. There’s no other way around it. A rebel without a cause is a stupid concept with investing.

C&T Today: Could you potentially, in five or ten years, see some of these products on a show like Shark Tank if it was legalized on a federal level?

KO: Yeah, but the industry hasn’t figured out that they’ve got to split the recreational versus the medicinal. This product is never going to be on Shark Tank because it’s federally illegal.

The chance of that ever being on Shark Tank is zero, which basically tells you the story for the whole federal situation. I don’t know why the industry hasn’t done it yet, but the opportunity to make it investible is to split it and to go pursue a federal mandate for the medicinal version of this molecule. That’s basically it.