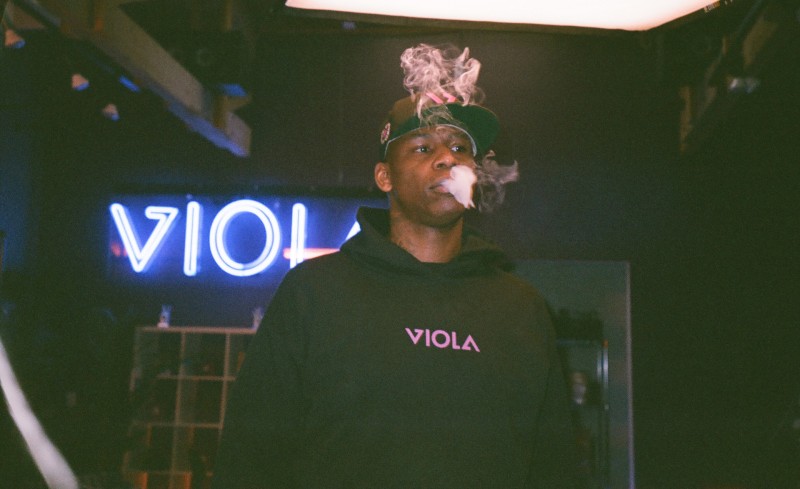 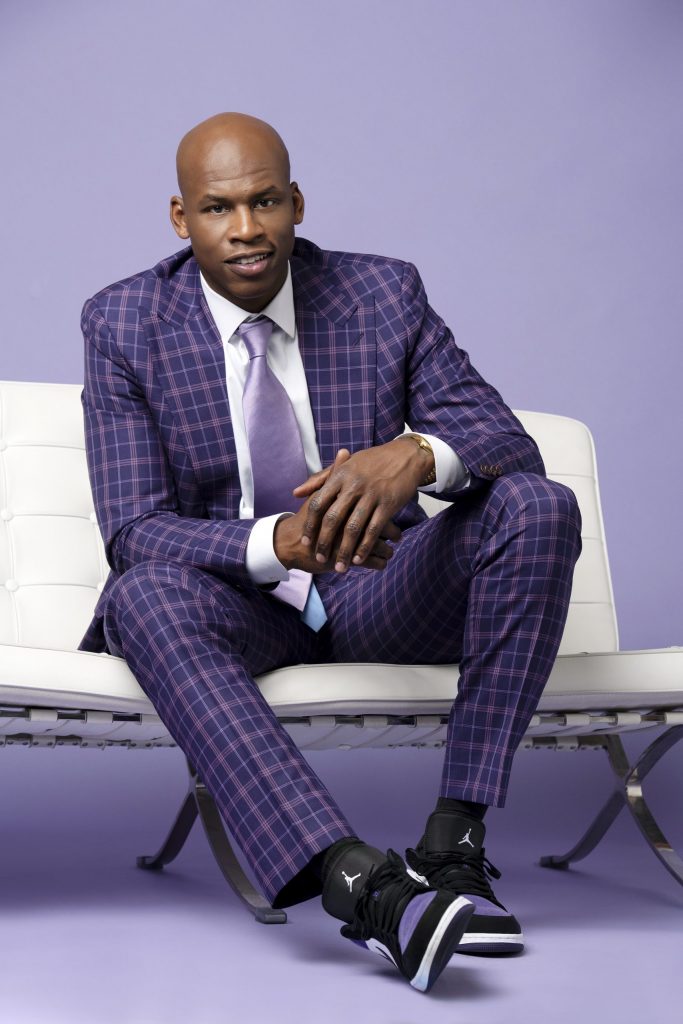 In over 16 years in the NBA, Al Harrington played in more than 1,000 total games, made an appearance in 55 playoff matches, and scored over 13,000 points.

However, just by speaking to him, you’d be convinced that he wants to be known more for his success as a cannabis entrepreneur than his time on the court.

In 2011, while the former first round pick was still playing for the Denver Nuggets, Harrington launched Viola Brands, a cannabis company with a focus on social equity, named after his grandmother.

He followed up by launching the CBD company Harrington Wellness as well as an investment in Butter Baby, a minority-owned, female-led edibles company based in Los Angeles.

In addition to business interest, cannabis also played an important role in Harrington’s playing career, as CBD was instrumental in bouncing back from a botched knee surgery.

One of the most fascinating moments of Harrington’s adventure into cannabis was his 2017 discussion with David Stern, the former NBA commissioner that notoriously increased the strictness of cannabis policies throughout his tenure.

The discussion featured the 30-year commissioner’s new views expressing the importance of cannabis in the battle against opioid addiction.

As Stern said himself, “I’m now at the point where, personally, I think it probably should be removed from the ban list. You’ve persuaded me.”

In this exclusive interview, Harrington reveals what originally fueled his interest in cannabis, how his company is attempting to increase diversity in the industry, and the interesting parallels between his playing attitude and his business ambitions.

Cannabis & Tech Today: Tell me a bit about the origins of Viola Brands.

Al Harrington: What inspired me to get into the space is the way I saw cannabis help my grandmother.

She suffered from glaucoma, and she came to see me play when I was playing for the Denver Nuggets in the 2011 season.

When she got there, she was complaining about being in pain.

I was telling her about some stuff I was reading about cannabis in the newspaper and
I had her try it.

An hour and a half later, I go check on her and she’s crying downstairs.

She said it’s the first time she’s been able to do it in over three years.

So when I saw cannabis help my grandmother, that really inspired me to start learning and educating myself more about the business.

And as I did that, I got to the point where I was comfortable enough making an investment in 2011.

The rest is history.

C&T Today: How would you describe the mission of the company?

AH: When we first started, we didn’t have a mission, right?

I was in more of a survival mode, just trying to figure out an industry where you didn’t know where you could really go and get advice.

So, as time went on and I continued to get bigger in the space, I realized that a lot of the rooms that I was in, I was the only person that looked like me.

And if you know anything about the history of cannabis with black and brown neighborhoods, cannabis arrests have pretty much destroyed our communities.

And 96 percent of the industry is run by white males.

I had to figure out a way to include minorities in this process. And that’s now our purpose.

Our purpose is about uplifting, empowering, and educating to create opportunities for people of color and minorities.

C&T Today: Did you go into the cannabis business thinking that legalization was on the horizon? 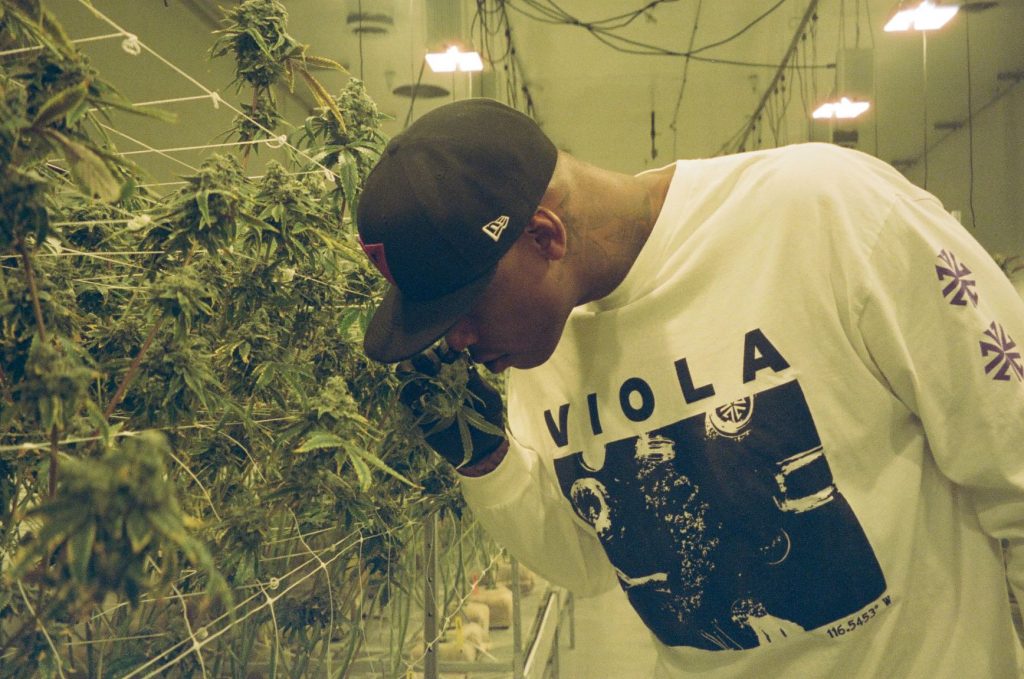 I tried to educate myself and realized how unbelievable this plant was – and obviously the stigma, most of [the public view] is all incorrect.

It was just like, “Wow. This is an amazing opportunity to do something that I think is way bigger than anything I think I’ve ever accomplished as a basketball player.”

So that’s what really just inspired me to keep pushing and get us where we are today.

And so obviously, things continually change. I think that because I got it so early, I’ve seen that.

I’ve been able to kind of operate at a pace where I’m going full speed in one direction, and we can stop and pivot according to issues with regulations and different things like that when they arrive.

I feel like five years from now I’ll be way more knowledgeable than I am today.

C&T Today: How did you see that stigma firsthand as a professional athlete?

AH: Guys that I played with that smoked weed regularly, everybody talked bad about them.

Like they weren’t focused, they didn’t really care about their career.

And I can’t lie, I was one of those guys that kind of believed that. You know what I’m saying?

But at the end of the day, I did have teammates that did consume and were really, really good players.

Like, all the time. A couple of them are NBA champions. So the stigma was real.

C&T Today: Your interest in cannabis stemmed from your botched knee
surgery. Do you believe those types of injuries commonly lead athletes to CBD
and cannabis?

AH: Yeah, for sure. Impact sports are tough.

But I think that, guys being able to have that first experience, that having a good one is key.

Because I had a bad experience.

But after I learned about cannabis, I’ve realized that this is somewhat of a trial and error thing sometimes.

I had to learn that to be open to it.

So I think that with players… that have to deal with pain and have tried to wean themselves off of opioids and stuff like that, I think that when they do have this first experience with cannabis, they realize there’s definitely a better way, an alternative way to medicate themselves.

Like I said, CBD or hemp is just one way.

THC is another, and then obviously you can combine those to create a better feeling, a better outcome.

C&T Today: You’ve said before that you believe 70 percent of athletes in all major sports smoke cannabis. Do you see a time when that 70 percent will be able to be totally open about their usage?

AH: Yes. But, I just think about the kids.

These kids’ parents, they definitely don’t want their kids thinking that their favorite players are sitting there quietly smoking weed all day, and things like that.

So I think that it’s going to be interesting, the way that they include it.

But I think if they will include it, maybe start with CBD.

And then more of the consumption products, meaning edibles will be allowed, followed by tinctures and capsules.

AH: I think it was just the work ethic. 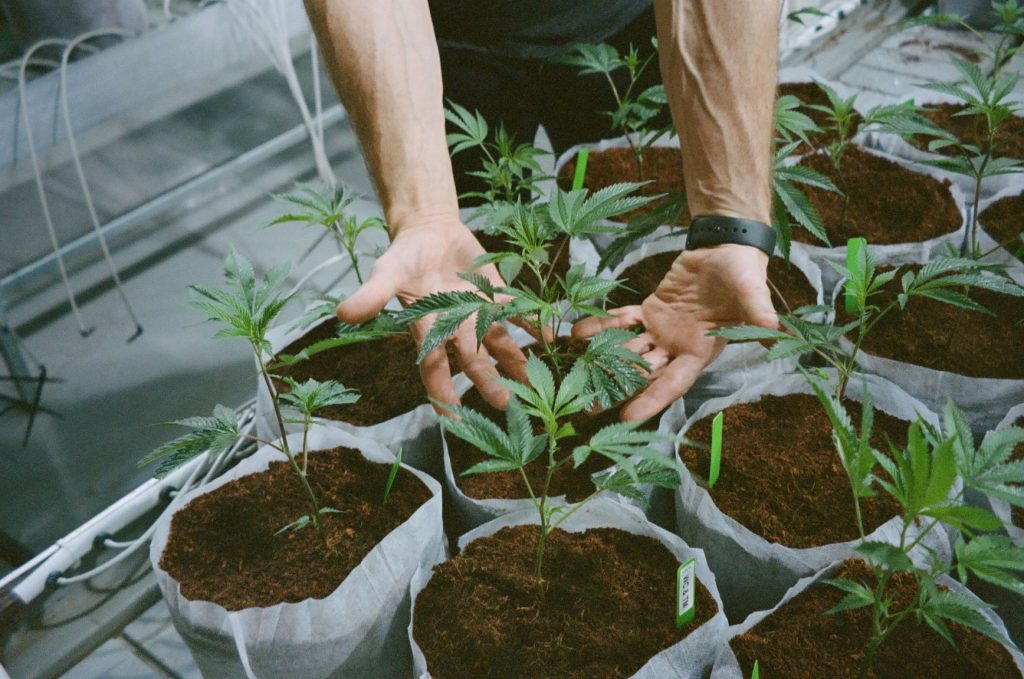 I started playing basketball as a freshman in high school. And my freshman year was really a wash.

I didn’t train for anything that year, I just played right after the football season, because I was tall.

But after that is when I started taking it seriously, and in three years, I was able to go pro out of high school.

So I think that during that time, the amount of work I put in is just amazing.

And for me, it was a lesson of, you put in hard work, look at the success you can achieve.

So I take the same work ethic in cannabis.

I always remember looking at the older players that were on my team, making more money, [playing] way more seasons, and I thought I was better than them, you know? Like, nobody could tell me any differently.

So I always remembered that. Like, guys behind me are going to be looking at me the same way.

Like, “Al Harrington? No way he’s better than me.”

So I’m saying all that to say, I could never be comfortable.

I always felt like somebody’s always chasing, and always trying to take my spot.

So, I’ll keep that same lesson from the NBA from when I was a younger.

So, that’s why I just keep my head down, treat every year like it was a contract year.

And that’s the same thing in cannabis.

We just got to keep this thing going. And that’s the connection.

C&T Today. What do you think it’s going to really take for cannabis to be accepted across major sports?

AH: I think it’s going to be sooner than we think.

I have to say that things will be a lot sooner than we may think.

Because I mean, all these teams are playing in these states where it’s medically legal for them to consume, and they receive medicine from the state that they pay taxes in.

So I just feel like I think we’re at that point. You know, I think it’s going to happen pretty quick.

I think it’s going to be all in the wording, you know. I look at the way that baseball worded it.

I think if they word it right, then now it’s available to the players, and we kind of move on.

C&T Today: What are you looking forward to in the future of your work with cannabis? 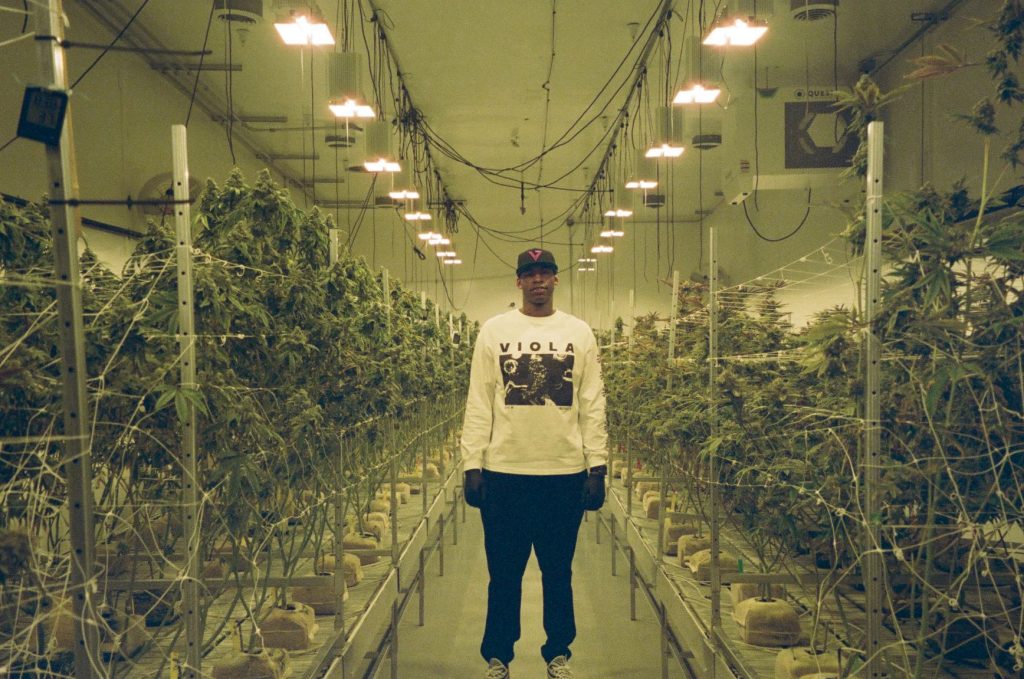 You know, we’ve pushed forward in four states now, should be six by the end of this year.

Just licenses that we would control. And we’re looking for licensing opportunities.

We just want to make our brand available to the masses, and we’re going to continue to dial in our products and continue to keep making them better.

Continue to push for consistency, and just continue to build this brand.

Build up the recognition and that goodwill.

All the initiatives that we’re trying to do for the people. And just do it with excellence.