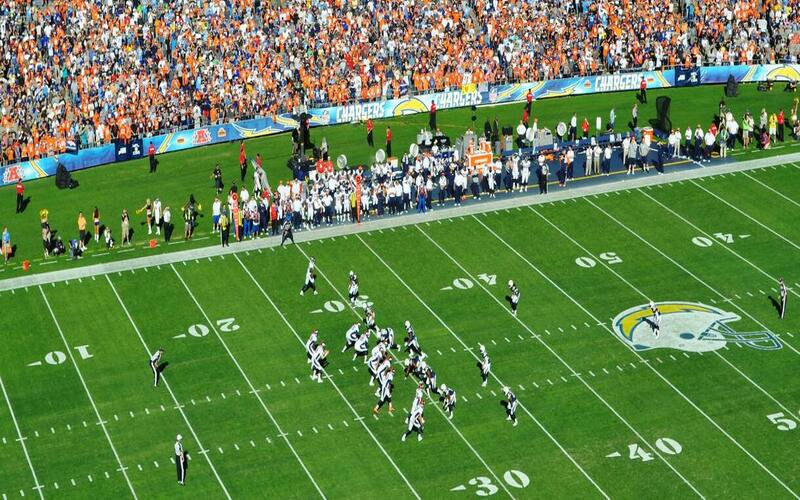 In early February, the National Football League (NFL) awarded both the University of San Diego (UCSD) and the University of Regina $1 million. Each university received $500,000 in a joint effort to study the effects of cannabis use among NFL players.

The universities’ studies focus on two target groups that could benefit from cannabis for pain management. Researchers are assessing current NFL players after on-field injuries and retired pros who suffer the long-lasting effects of physical trauma.

In an interview with Cheddar News, NFL Executive Vice President Jeff Miller claimed concussions among the league’s player population were down 25% over the last few years. He said the NFL is pursuing new technologies in player equipment and medical innovations for the sake of its players’ well-being.

“Pain relief, obviously, is another application of the cannabinoid research,” said Miller. “And we’ll look at all opportunities to make the game safer for the players.”

“When we learn more, we’ll come back and have an ongoing conversation with our players around that,” he added. “We’re looking to improve pain management and looking for opportunities for our players to have another alternative…”

These independent studies will provide valuable information that may well outline the benefits of THC, CBD, and a combination of the two. For research purposes, athletes are vaporizing the substances after suffering game-related injuries.

Before the NFL settled on UCSD and Regina in the Summer of 2021, the NFL-NFLPA Joint Pain Management Committee (PMC) reviewed some 106 submissions. Along with the National Institutes of Health (NIH), the NFL narrowed the research grant applicants’ proposals down to 10 finalists before selecting the approved colleges and awarding the combined $1 million.

“Our team is excited to receive this funding to conduct a systematic, ‘real-world, real-time’ study with professional athletes which should shed further light upon the many anecdotal reports that cannabis is helpful in reducing post-competition pain,” said Dr. Mark Wallace, director of the Center for Pain Medicine at UCSD Health.

UCSD will create a research team to test and monitor NFL athletes’ outcomes after vaporized inhalation of THC, CBD, and a mix of the two substances. There will also be a placebo group for comparison, based on a statement released to the NFL by the UCSD.

According to the UCSD’s Center for Medicinal Cannabis Research, findings from the study will provide the foundation of key data that will set the pace for future large-scale studies in sports-related injuries.

Working closely with the NFL, Dr. Patrick Neary, a physiologist and professor at the University of Regina, said the defining characteristic of his research is for the “prevention and treatment of concussions.” He and his colleagues at Regina are working to determine just how effective THC and CBD are in treating the symptoms associated with concussions.

“Our interdisciplinary research team believes that different cannabinoid formulations found in medical cannabis have the potential to benefit athletes suffering from the acute and long-term chronic effects of concussions,” Neary said.

“Our research will also work to show that cannabinoids can be used as an alternative to opioids for pain management. Ultimately, this study has the potential to change not only the lives of current and former NFL players but also the lives of anyone who may suffer from a concussion,” he added.

Before 2001, athletes who tested positive for cannabis consumption often dealt with catastrophic consequences from the NFL. Athletes were swiftly penalized, which shook the league’s players — some of whom were unceremoniously fired.

One such player was Ricky Williams, former running back for the Miami Dolphins. He tested positive for cannabinoids during mandatory drug screenings issued by the league.

During an appearance on HBO’s Real Time With Bill Maher, Williams recounted the events which lead to his quitting the NFL. He emphasized cannabis helped treat his physical trauma and anxiety.

Williams now owns a startup called Highsman, a clever twist on the Heisman Trophy associated with the highest accolade a player can receive in the sport. His company sells cannabis strains like ‘“Pregame,” a sativa, and “Postgame,” an indica, along with various merchandise and accessories.

Williams has carved out his own slice of what used to be a niche market to one that is booming throughout North America, thanks largely to the loosening of state regulations and the general acceptance of cannabis.

“As with the league’s broader approach to health and safety, we want to ensure that our players are receiving care that reflects the most up-to-date medical consensus,” said Dr. Allen Sills, NFL chief medical officer.

The NFL’s view of cannabis use among its players has softened since 2001, and while drug testing players continues, their consumption of THC and CBD is less likely to cause a stir within the league.

Pro athletes can now mitigate the pain associated with the raw physicality and trauma of playing football without being on the receiving end of punitive actions by the NFL.

While medical researchers at the UCSD and the University of Regina continue to study the effectiveness of cannabis products in treating common sport-related injuries, the implications for the study of concussions, in general, are massive and will benefit individuals outside the world of sports.

“While the burden of proof is high for NFL players who want to understand the impact of any medical decision on their performance,” said Sills, “we are grateful that we have the opportunity to fund these scientifically-sound studies on the use of cannabinoids that may lead to the discovery of data-based evidence that could impact the pain management of our players.”