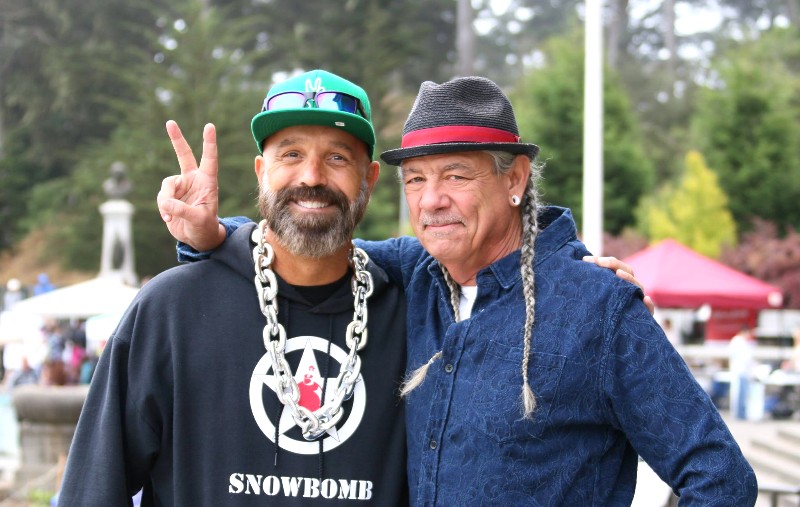 Many people operating in the cannabis space are familiar with the age-old “stoner” stereotype of lazy, unmotivated individuals. As the industry has evolved into a sophisticated and highly-profitable sector, those stigmas are finally starting to fall away. Were it not for the hard work of thousands of activists, CEOs, and thought leaders, the cannabis industry likely would have remained a black market endeavor.

This fact was not lost on Founder and CEO of the 420 Games and New West Summit Jim McAlpine. His path to success was paved by motivated, industrious entrepreneurs like himself who hoped to see a day when cannabis could “come out of the closet” and enter the mainstream. In our exclusive interview, McAlpine pays tribute to pot’s illustrious forefathers before discussing the inseparable connection between cannabis and technology.

Cannabis & Tech Today: Who motivated you to join the cannabis space?

Jim McAlpine: I’m about five years into this industry and I’ve put a lot of blood, sweat, and tears into it. I feel I’ve helped move the industry forward, but I really, really, want to, in all instances, pay homage to those who came before me and laid the foundation. Steve DeAngelo is one of the first people that reached out to me when I put this idea out there and there’s no way I could do any of the things I’m doing without my forefathers.

I’m standing on their backs, and they allowed me to be able to be successful at this. So, it’s hugely important that I point that out and pay respect to those people, from Dennis Peron to Steve DeAngelo, to all those advocates and activists over the last several decades.

C&T Today: What inspired you to start the 420 games?

JM: That’s my baby. I’ve been an athlete and a cannabis user since high school; it was just something that was part of my life, it was who I was. I had to hide it, and when the time came that I could “come out of the closet,” so to speak, that was my entry into the cannabis industry. Really, it was almost on an advocacy basis – I wanted to change people’s perception of the plant. And I thought that athleticism is this thing that’s better and bigger than words, you can’t refute an athlete when he’s faster or stronger than you. So it was just a concept that hit me, “Hey, let’s use athletics to change the stigma around cannabis and the people that use cannabis to show that it’s actually the opposite of the stupid, lazy stoner, and really, you choose if you want to be lazy or motivated.” It’s the individual who has that choice, it’s not the plant that makes them act in that way.

C&T Today: And are you starting to see perspectives shift on that a little bit?

JM: Oh, yeah. That’s been an amazing journey. When I first started this, all of us athletes got it, but no one in the mainstream had ever heard of it, so we got a ton of press. But we were very unique and I’ve seen this turn, in my opinion, into a social movement. There are so many people out there who are #cannathletes, which is one of our hashtags. There are thousands of them out there, people who are proud to identify themselves. Instead of using the word “stoner,” they are “cannathletes.”

To me, it’s been a mechanism for people that live in the closet to step out, just like the gay community. We change that stigma; we’re not bad people and you’re going to have to accept that. We’re coming out.

C&T Today: How do cannabis and fitness intersect?

JM: You can whittle it down to two things; the one most people understand is recovery – CBD for your aches, pains, and relaxation. I think most people can get their head around that. But, what I’ve always preached is just focus; pre workout, pre activity, using cannabis before you go surfing or before you play basketball or before you go to the gym. Use it in a way not to get high, but to focus your mind on the activity that you’re engaged in.

I’m an average Joe, I’m an athlete, I go to the gym, but I’ve never been a pro. I have aches and pains just like anybody else and cannabis is a better alternative than pharmaceuticals. Especially better than opiates for pain reduction, and that’s really the precipice of the message that I speak about. The message that this plant is a much healthier, much better alternative to taking an opiate or a pharmaceutical drug if you’re trying to manage pain.

Jim McAlpine: The very start of this, four years ago, there were already so many of the same cannabis shows out there with the same content. We wanted to create something that was different and that was very focused on what the future of cannabis is going to be.

I grew up in Silicon Valley and was an internet entrepreneur. I loved the industry and realized there weren’t any events around technology. So, we pointedly came in as the tech show in cannabis, and I think that is what has really carved that niche for us as a unique event that looks towards the future. And it’s more of a graduate level curriculum.

C&T Today: Why is it important for cannabis investors to attend conferences like the New West Summit?

JM: In all investments, doing your due diligence and understanding where your money is going to go, not only the ideas, but the teams behind them, that’s the key route to success as an investor. So, this is the place where you’re going to look behind the veil at that company, see what they are and what they’re made up of, and then also be able to interact with those teams of individuals that will be taking those companies, hopefully, across the finish line.

It’s really a beautiful mix of, on the business side, looking under the hood of these companies. On the flip-side, it’s networking and getting to know the people that are going to be running those companies, which is just as important as the idea, in my opinion.

C&T Today: What advice would you offer investors entering the cannabis space?

JM: I think there are two routes to go. One is private investing into private companies. There is more risk with it, but it is also a lot more rewarding when you hit the ball into the field and get a home run. But, I think there will be a lot more people looking at funds and public companies. There is a little less “keeping an eye on the ball” with that kind of stuff, so I think it depends on how much time you want to put into it.

C&T Today: How do you see the cannabis industry changing in the years to come?

JM: I see the flow of capital changing, and bigger companies entering the space. You can see it happening right now with bigger firms putting more big dollar investments into the industry. I think technology is the future and investors will want to invest in what the future is.

C&T Today: What role does technology play in the retail cannabis market?

JM: I would say every touch point of legal and retail cannabis sales are driven by technology. To start, hydro tech and cloning are done using technology. So, at the very start of the process through seeds and cloning, and hydro tech, and then ag and nutrient tech as you grow the plant, and then technology and trimming, and especially concentrates and extraction. That’s all technology driven. From the second the seed was put in the ground to the time it’s harvested, technology is really what will dictate the success of that crop.

Then when you cross that barrier of picking, curing, drying the plant, and having it ready to market, you’ve got point of sale technology that’s really going to be driving how it’s sold in the marketplace. There are CRMs or customer relationship management software, that are really going to be indicative of how you deal with your customers, to data analytics. I know I’m going on and on, but my whole point is how all of those touch points that I mentioned are tech: that’s the heartbeat of every one of them. Technology is the driving force behind the cannabis industry.