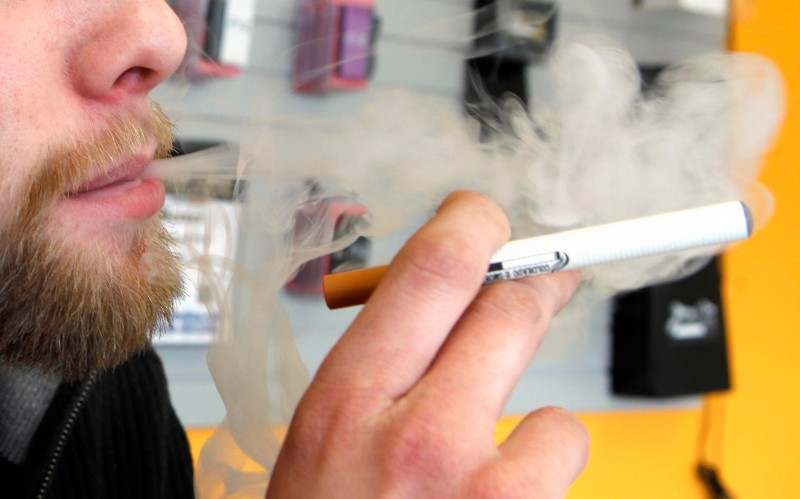 DENVER (AP) — Cannabis advocates are watching closely as Colorado lawmakers consider limits on where e-cigarettes can be used in an effort to combat rising teen use of nicotine-containing vaping devices.

A bipartisan bill getting its first hearing Wednesday would add electronic cigarettes and other vaping devices to the Colorado Clean Indoor Air Act, which restricts tobacco use at the workplace and in many public spaces. E-cigarettes heat a nicotine solution into a vapor that’s inhaled.

Medical marijuana advocates are concerned expanding the law would unintentionally impact patients who are vaping prescription cannabis — for example, in apartments where potential vaping bans could be adopted.

Other states, including Vermont, have slapped taxes on e-cigarettes to deter teens from vaping. U.S. health officials consider the growth in youth using e-cigarettes an epidemic, and a recent Colorado government study suggests 27 percent of minors regularly use the devices.

The Colorado bill would ban the use of electronic smoking devices in many public spaces and workplaces. It would eliminate designated hotel smoking rooms and smoking areas at retirement homes, public housing and assisted living facilities. It also would ban outdoor smoking within 25 feet (7.5 meters) of entryways, as opposed to the current 15 feet (4.5 meters).

The thinking, according to bill sponsors: Making it more difficult for adults to vape will induce youth to cut their own consumption. Research suggests youth nicotine vaping can lead to lifelong tobacco use.

Youth tobacco use has risen even though federal law bans the sale of e-cigarettes and tobacco products to those under 18.

Some marijuana activists want cannabis exempted from the list of vaping substances that are included in any new restrictions. They argue it would discriminate against medical marijuana users who are treating chronic pain, PTSD and other conditions.

The bill, as drafted, currently affects “nicotine or any other substance intended for human consumption.”

“They’re telling cannabis patients who vape that they can pound sand,” said Cindy Sovine, a lobbyist for several marijuana groups. “This bill would update language that could make it tougher for medical marijuana patients to comply with the law.”

Sovine said she hopes the bill will be amended to exempt marijuana vaping. Michael Jenet said lawmakers are studying those concerns. They are carving out exemptions for cigar bars and casinos, among other enterprises, in the bill.

“We are not changing the law under which landlords can decide which or whether there are apartments in which they allow smoking,” Michaelson Jenet said.

A separate bill would free local municipalities to impose their own taxes or regulations on tobacco products, including e-cigarettes, without losing their shares of the state’s tobacco tax.

How COVID-19 is Affecting Marijuana Legalization

Bernie, Trump, and the Future of Legalization