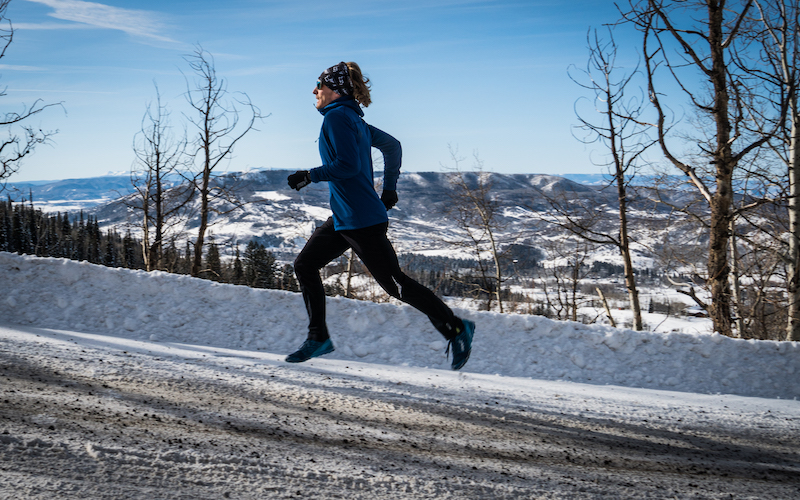 “THC allows me to break away and really enjoy running for what I got into it for, which is just to be outside, to be in the mountains, and all that more cliché, hippie stuff; but it’s real.” – Avery Collins, Ultrarunner

Whether it’s national sports leagues like the BIG3 allowing players to use the substance or the large variety of CBD-based supplements for athletes, the cannabis plant is slowly sinking its roots into the world of sports. Colorado resident and ultrarunner Avery Collins is leading the charge, bringing cannabis into the running community. But Collins isn’t just your everyday jogger. He runs 100-mile races, and The New York Times even hailed him as “among the fastest in the world.” All the while, he regularly incorporates cannabis (both THC and CBD products) into his training regimen. In this exclusive interview, Collins breaks down both the mental and physical benefits of his unique running strategy.

Cannabis & Tech Today: Which came first, the running or the cannabis?

Avery Collins: I mean, the cannabis came long before the running – not to brag about it. But, I ran for a year before I incorporated any kind of cannabis usage into training. Then one very random night my buddy was like, “Hey, why don’t you just toke up and then go for a run?” It was like a light bulb moment. “Oh man, that sounds like a great idea. Why don’t I do that?” The very next day I gave it a whirl, went out and ran at one of my favorite parks that has a trail system. (I’ll just go ahead and keep that disclosed.)

I just remember it being … I hate using the word euphoric, but it was. I was enjoying it so much; I felt so in tune; I almost forgot about the mileage and forgot where I was. It made the experience much more enjoyable. I think, if anything, it almost slows me down. It allows me to enjoy what I’m doing a little bit more.

C&T Today: How do you incorporate cannabis into your training routine?

Avery Collins: A standard summer day would consist of … Well, I wake up and take a CBD supplement, or I guess you could call it a multivitamin, per se. It’s called PurePower. And, so, I take two different CBD supplements in the morning. It helps with a quick energizing boost. I find it also helps with recovery.

Then, I’ll either eat an edible or smoke a bowl or even a vape pen. As far as the actual run itself goes, depending upon the run, say if the run is over three hours, I may take an edible with me for during the run. Right around the two-and-a-half to three-hour marker, I’ll go ahead and take another edible.

For the post-run, I always consume some kind of THC product, but it is a habit of mine to use some kind of a salve or CBD compound, either medicinals or nutritionals, whichever one I actually have on hand. And then I usually just rub down any sore muscles. Especially if it’s been a longer run day, say six hours plus, it’s pretty common for me to just go ahead and use anywhere from thirty to fifty milligrams of compound on my legs.

C&T Today: What are the benefits, both physically and mentally, of using cannabis for training?

Avery Collins: For me, THC and CBD are two totally separate entities, because THC, for me specifically, I’m not using it for any kind of physical benefit. For me, it’s 100 percent mental. It’s just something I enjoy. And don’t get me wrong, I love running even without it. But, what it does for me is it allows me to break away and escape from the competitive nature that I think I may naturally have without it. It’s easy for me to perhaps think too much about hitting mile paces and really running more on a competitive drive. THC allows me to break away and really enjoy running for what I got into it for, which is just to be outside, to be in the mountains, all that more cliché, hippy stuff; but it’s real.

And then CBD would be the physical side of things, more on the recovery. One, I notice specifically from the supplement, typically, I just have an easier time getting going, getting out the door, getting moving again.

The biggest benefit is after a six-, seven-, eight-hour run when your body is still in this moving state where it thinks it’s still going, going, going. There’s throbbing and restlessness. Just rubbing down with a bunch of CBD compound allows for a lot of that uneasiness to be eliminated. It takes a lot of the edge off. There’s definitely a better term for it, but it makes your legs feel “high.” It allows them to just relax and then gear up for another big day.

C&T Today: Could you break down the effects that CBD has on the muscles and body?

Avery Collins: So, the whole concept behind the CBD supplement company, PurePower, is you take the CBD oil first, and what that allows is for the cannabinoid receptors in your body to open up. Once the receptors are open, you take the multivitamin, which also has CBD in it, alongside Vitamin B6, B12, and a handful of other things, and because the receptors are now open, your body can actually ingest and process much more of the vitamins. So, the entire concept behind PurePower is your body’s taking a lot more of the vitamins that you’re giving it, because of the CBD.

C&T Today: What has been the response of the running community to your unique training regimen?

Avery Collins: It’s ever-evolving. I would say four or five years ago, there was a little more backlash than there is now. Well, I should say there was a lot more backlash than there is now. But even with that being said, I think it was pretty much fifty-fifty. There were people that thought, “Oh this is great.” And in that fifty percent, a lot of those people were already users. There are a lot of closet users out there. Especially in trail running specifically, it’s something that a large percentage of the people are doing.

It’s just that a lot of people aren’t open about it. I mean, even a large percentage of the elite level professional athletes are doing it. There are a few elite-level athletes in the Boulder area that are open to CBD now. But, there’s still a bit of stigma attached to THC use. I think that’s going to take a little more time, but I will say people are much more open to it.

C&T Today: Do you have a personal strategy for combating stigma?

Avery Collins: I think just in the fact that I’m a professional runner. You know, that kind of does it, itself. I guess playing devil’s advocate, someone would say, “Well, most people that are cannabis users are stoners.” My typical response to that is more than likely that person is probably lazy to begin with, or unmotivated. I mean, that’s usually the case; that’s just the person they are.

Whether I eat an edible or smoke or don’t do either of those, what I get done today, cannabis plays no relevance in it. That’s for me personally. I think that applies for a lot of cannabis users, or non-cannabis users. If you’re lazy, you’re lazy. And if you’re inspired to get out and do something on a daily basis, then that’s what you do.