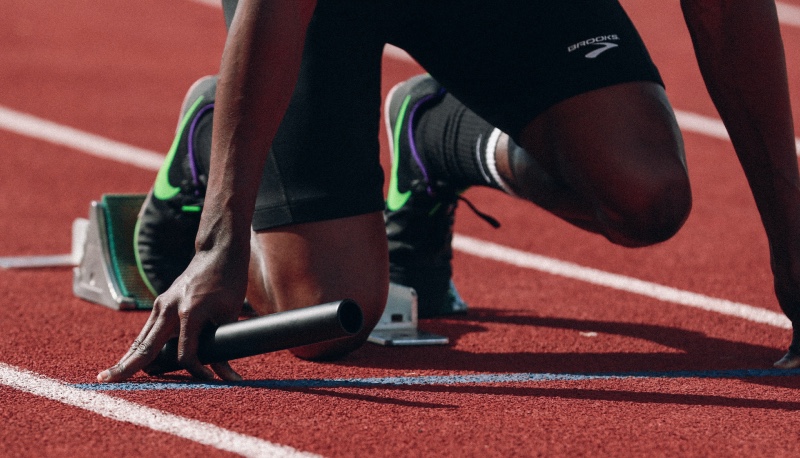 The United States Anti-Doping Agency announced that 21-year-old American sprinter Sha’Carri Richardson tested positive for cannabis Friday morning. The athlete faces a one month suspension and the results of her U.S. Olympic trials win being thrown out. This could mean that her chances to compete in the Tokyo Olympics are doubtful.

Richardson quickly became a fan favorite and internet sensation after she won the women’s 100-meter race in the U.S. Olympic trials in Oregon last month.

Richardson was able to finish in an astounding 10.86 seconds — all while having her left shoe untied.

Her enthusiasm and contagious energy was unmatched. As a viewer, you could feel her excitement through the television screen.

After the race, Richardson ran into the stands to embrace her grandmother, who Richardson said had raised her. While at the Olympic trials, Richardson learned from a reporter that her biological mother had passed away.

To have one of the greatest days of your life, accomplishing something that you’ve always dreamed about, and to find out something so devastating publically, must have been a whirlwind of emotions to work through.

Richardson recently tested positive for cannabis, resulting in a one month suspension and the possibility of not being able to compete in the Tokyo olympics.

Richardson stated in an interview with CNN that her positive test result was due to using marijuana as a way to cope with the death of her mother.

“It sent me into a state of emotional panic,” said Richardson. “I didn’t know how to control my emotions or deal with my emotions during that time.”

For many people, cannabis is a soothing way to help cope with the feelings of depression and hopelessness that comes with grief.

Dr. Shivangi Amin, a registered cannabis physician for the state of Maryland, stated that cannabis can be helpful for the management of many emotions.

“I have seen it benefit people with grief, as it helps with easing anxiety and feelings of sadness. Sativas can help folks gain energy during the day and add some movement to their routine, allowing for them to process the grief. Indicas can allow people to deal with insomnia and pain often seen with grief as well,” said Amin.

Richardson has not been the first athlete to have their career penalized due to cannabis.

For example, running back Ricky Williams was suspended from the National Football League after testing positive for marijuana and Olympic gold medalist Michael Phelps was suspended after photos leaked of him smoking from a bong.

While restrictions are easing, the world of professional sports has long been very anti-marijuana. While more research needs to be done, there are studies that show that cannabis is not a performance enhancing drug.

The news about Richardson’s penalties for cannabis use comes at the same time that MLB is under fire for not suspending Dodgers pitcher Trevor Bauer despite sexual assault allegations.

In fact, Bauer will still be pitching in the Dodgers game this Sunday. According to Dodgers manager Dave Roberts, the Major League Baseball’s recommendation was to move forward and have Bauer start the game since he was already the scheduled Sunday starter.

An instant suspension for cannabis use versus comparatively little punishment for sexual assault sends a scary message to the public. If you’re an athlete, is it okay to assault a woman but not to ingest a widely-used medical substance?

It’s difficult to even imagine what Richardson was going through … learning of the death of her mother while competing in the world’s most rigorous athletic competition. We already know the many ways cannabis can help with depression, anxiety, and PTSD. Can we really fault Richardson for self-medicating to get through a difficult time?

Richardson apologized to her fans and took to Twitter to send out the message: “I am human.”

While on CNN, Richardson explained what she meant with the tweet, stating that, “I just say, don’t judge me and I am human – I’m you, I just happen to run a little faster.”