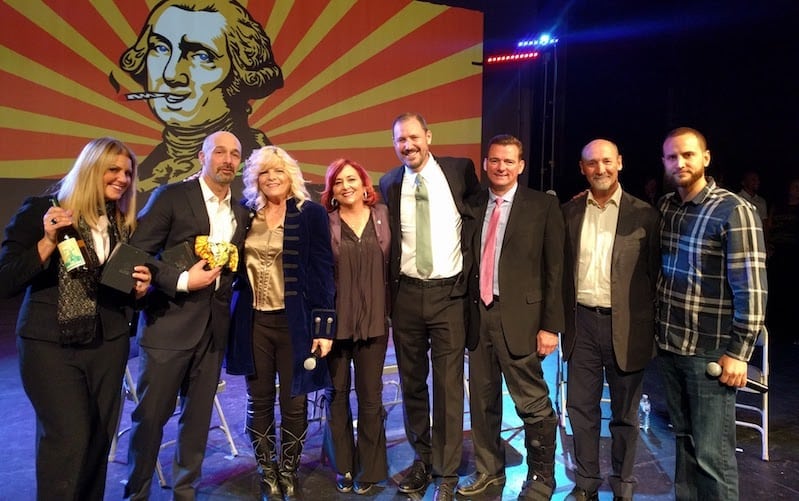 There’s no doubt that the cannabis business has grown exponentially throughout the 2010s. 2014, Colorado’s first year of legalized recreational usage, saw over $683 million in sales. In 2016, the U.S. marijuana industry as a whole saw $6.7 billion in revenue. In April of this year, investment firm Cowen suggested that the industry could begin generating approximately $75 billion in terms of gross annual sales by the year 2030.

Recreational cannabis is here to stay, and it’s an entrepreneur’s dream. And The Marijuana Show perfectly reflects the budding entrepreneurial spirit of cannabis.

The Marijuana Show: The Shark Tank for Ganjapreneurs

Streaming on Amazon Prime, The Marijuana Show has been referred to as “Shark Tank of the cannabis industry” by CNBC. Created, produced, and hosted by Karen Paull and Wendy Robbins, the show focuses on “ganjapreneurs” and puts the spotlight on the creative, innovative ideas that could shake up the market.

A tech application for cannabis businesses, a company that supplies secure transportation to the marijuana sector, and a machine that can roll over 420 joints in two minutes — these are just a few examples of the inventive pitches commonly found on The Marijuana Show.

The show has slowly evolved over the years, with the brand new third season featuring the emotional backstories behind entrepreneurship in the growing cannabis industry balanced with lighthearted moments and game show segments. With $20 million offered to brilliant entrepreneurs and plenty of engaging personalities making appearances, The Marijuana Show perfectly blends business and entertainment.

Season three of The Marijuana Show premiered earlier this year on Amazon Prime.