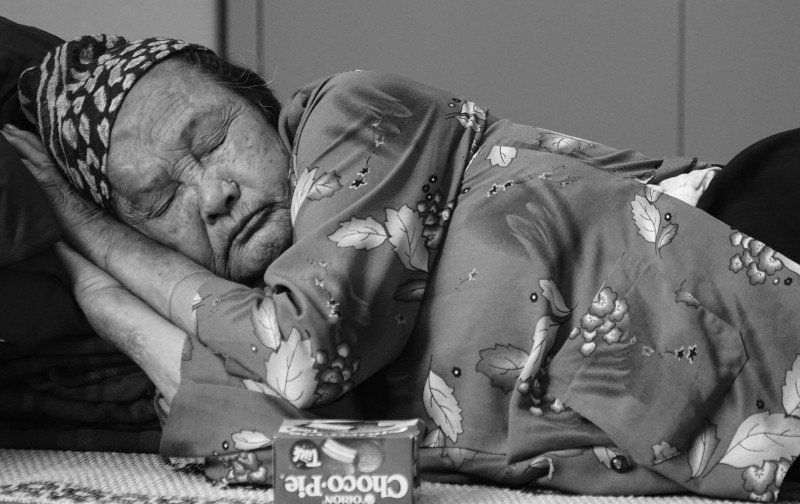 It is estimated that as many as 88 percent of older individuals around the world suffer from chronic pain. It’s no secret that as the body ages, aches and pains become more common.

Chronic pain can be very miserable to live with and can have a debilitating impact on a person’s life.

One of those areas of everyday life is sleep. If you talk to anyone that suffers from chronic pain, they will be quick to tell you that it has a significantly negative impact on their ability to go to sleep and stay asleep at night.

According to a recent study, cannabis may be able to help.

Researchers at the Rambam Institute for Pain Medicine in Israel studied 128 subjects that reported suffering from chronic pain. All of the study’s participants were over the age of 50.

Regressions models looked at the differences in reported sleep problems between the two groups, and specifically for the medical cannabis subgroup, Pearson correlations between use measures and sleep problems were assessed.

The researchers concluded the following:

“After adjustment for age, sex, pain level and use of sleep and anti-depressant medications, MC use was associated with less problems with waking up at night compared with non-MC use.”

It is worth noting that the researchers also concluded that the more frequent the medical cannabis use, the less benefit the consumption appeared to have for subjects due to an increase in tolerance level.

Pharmaceutical sleep medications and over-the-counter sleep aids often come with a litany of potential side effects, including:

Cannabis is not associated with any of those side effects, and is scientifically safer than most pharmaceutical sleep medications.

If you know someone that suffers from chronic pain and is having trouble sleeping, especially elderly people, share the results of the previously cited study with them. It could potentially change their life for the better!

Yet Another Study Finds Cannabis Reduces Opioid Use

Study Finds Higher THC Does Not Translate To Increased 'High'