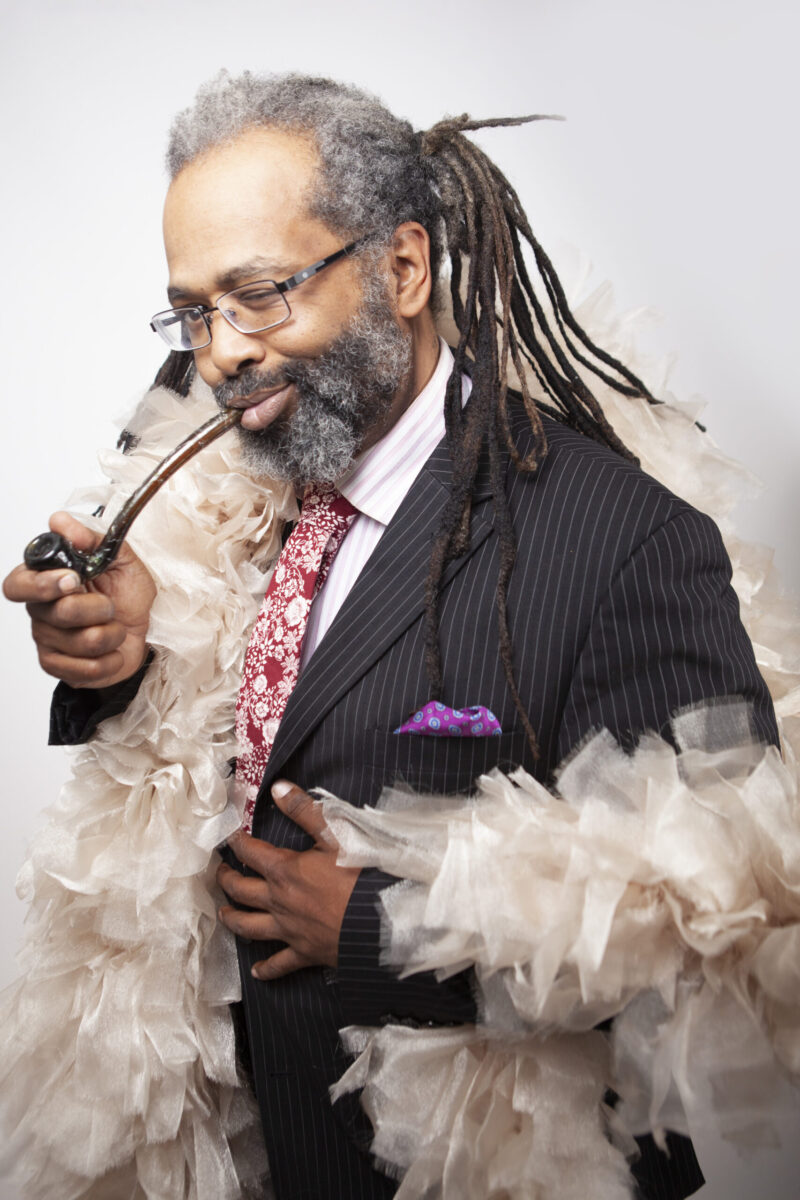 Ngaio Bealum is a legend. The multitalented comedian, writer, host, musician, activist, speaker, juggler, and podcaster was clearly destined for cannabis greatness from a young age. Born during the height of the California counterculture, the plant was a regular presence throughout Ngaio’s childhood.

“Growing up in San Francisco, weed smoke was in the air constantly,” he recalled. Bealum’s journey from flower child to heavy hitter has OG written all over it. From the early Prop 215 push to the International Cannabis Business Conference (ICBC) and beyond, the self-proclaimed hippie has been a steady presence in the California cannabis scene for decades.

A renaissance man, Bealum bridges the gap as both a cannabis industry veteran and an entertainer, bringing the culture to the masses on multiple levels. As a steward of the plant, he has the unique ability to act as an authentic voice for his community, spreading a deeper message than what is normally seen in mainstream media.

“Quit trying to run away from stoner culture and embrace it, because it was the stoners who got weed legalized!” Bealum said.

Bealum may have come of age in the epicenter of pot culture, but he took his time getting his proverbial feet wet. While his parents were consumers themselves, they encouraged their son to wait until he was an adult to try it for himself. Bealum (mostly) obliged, holding off until college to explore his own connection to cannabis.

A fondness for smoking quickly developed, and he soon began studying the plant intently. It wasn’t long before he began to engage in protests against prohibition in the late 1980s and early
90s. The son of Black Panthers, his attraction to activism was written in
the stars.

Around the same time, Bealum began dabbling in stand-up comedy and in 1988 had his first paid gig. “I’ve been a comedian for as long as I’ve been an activist,” he said, reminiscing about performing at early “protest-ivals” such as the Cannabis Action Network festival in Golden Gate Park.

It was there that Bealum connected with Alex Rogers, future founder of the ICBC, an event the comedian has emceed since its inception in Oregon as a medical marijuana expo.

Cannabis material has been a part of Bealum’s act since the beginning, and while riffs on the origins of his name and why the plant makes him a better dad have always garnered a laugh, they also got him in a bit of hot water.

After shooting a reboot of the show Make Me Laugh in the mid-90s, producers threatened to ban Bealum’s episodes due to the “controversial” content within. His manager righted the wrong, but the challenges continued.

“For the longest time, my cannabis jokes were a detriment to my comedy career,” he admitted. “It became a little bit of a challenge sometimes to keep getting consistent gigs.”

But instead of giving up, Bealum doubled down, opting to lean into his passion for the plant. The move paid off, seeing the entertainer find his niche as a traveling stand-up comedian, freelance cannabis journalist, and the host of events thrown by High Times. The new millennium however would see Bealum truly reach the pot pinnacle.

By the 2000s, Bealum had solidified his spot as a counterculture icon. High-profile appearances on shows like The Sarah Silverman Program, a weed-centric radio show, and the release of his first album Weed and Sex in 2012 catapulted Bealum to heights previously unseen. A role on the Netflix show Cooking On High took things one step further, introducing the comedian to wider audiences than ever before on one of the first mainstream cannabis TV shows.

His latest project, a podcast called Chopping It Up With Ngaio, is already garnering plenty of buzz. Guests from across his fascinating circle of friends wax poetic on a number of topics, from industry trends to road gigs to James Bond.

“The concept is simple. I call my homies and we chop it up,” Bealum deadpanned. “My friends are great conversationalists. They’re all pretty smart. They all have cool things to say. I don’t really hang out with boring people.”

Bealum already has several episodes under his belt, featuring the likes of Tim Blake and Taylor Blake of the Emerald Cup, comedian Greg Proops, and The Price is Right host Drew Carey. The show has no agenda, focusing instead on the engaging and often irreverent chats good friends come to enjoy.

“Like most hippies, if you ask me how to make a pie, I’ll tell you how to grow a tree because you have to have the backstory,” Bealum joked of the podcast’s free-flowing chats.

Activism is in the Bealum blood, plain and simple. And while the costs of prohibition and issues facing the cannabis industry are no laughing matter, Bealum maintains a balance of humor and hard truths in everything he does.

“One of the things that I try to remind people at every event I go to, whether corporate or grassroots, is that cannabis legalization was started as a social justice issue — it’s supposed to be about social justice. It’s not just about making tax dollars or making millions for your company. It’s about people having freedom and being able to do what they want.”

Listing Richard Pryor, Steve Martin, Redd Foxx, and Bob Newhart among his influences and insisting he will smoke you out if you attend one of his shows, blending a passion for comedy and cannabis just makes sense for Bealum. After all, it’s what he was born to do.

“I love making people laugh. Comedy is a craft and an art and a science, but I’m a simple man. I like to travel around, like to tell jokes. I like to smoke weed. So it’s a good gig for me.”

This article was first published in the spring 2022 issue of Cannabis & Tech Today. Read the full issue here.