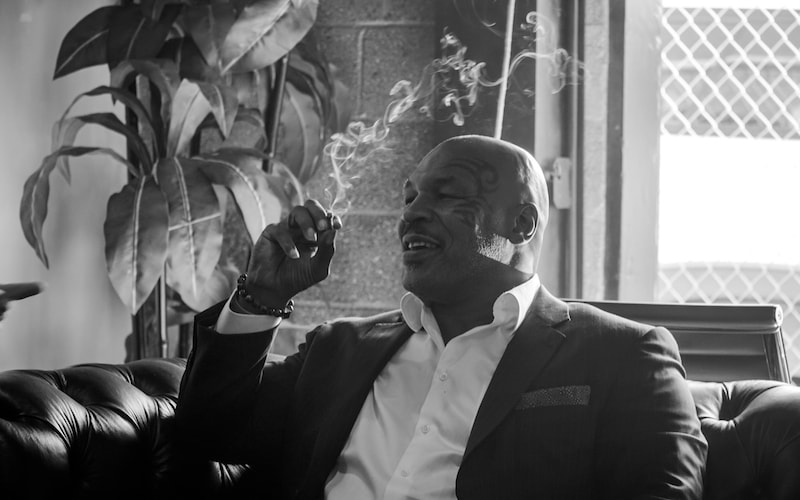 It was his ferocity and intimidation, as well as his controversial behavior inside and outside the ring, that earned him the nicknames “Iron,” “Kid Dynamite,” and eventually “The Baddest Man on the Planet.” The former undisputed heavyweight champion of the world has experienced peaks of fame for his legendary boxing prowess and many entertainment cameos. However, on the opposite side of the coin, he lives in infamy after he was sentenced to six years in prison in 1992 for rape and then bit off the ear of Evander Holyfield in 1997 during his comeback. As someone who became famous for this kind of aggression and often brutal behavior, Mike Tyson may not be the first person one would associate with “health and wellness.”

However, his latest ventures are diving into just that. Founded in 2016 by Mike Tyson and business partner Rob Hickman, Tyson Holistic Holdings owns and operates a number of cannabis-related businesses, the two main pillars of which are Tyson Holistic and Tyson Ranch. When the former boxing star was first presented with the idea, he was immediately intrigued. “I thought about how much good I could do by helping people with cannabis. It was a no brainer,” he expressed in an exclusive interview.

One of the main goals of this venture is to educate and engage the public in the healing properties of cannabis, especially CBD. Tyson himself has created his own CopperGel product, into which they are now attempting to integrate CBD. Tyson Holistic also invested in CHILL, a water company that develops CBD-infused alkaline water. 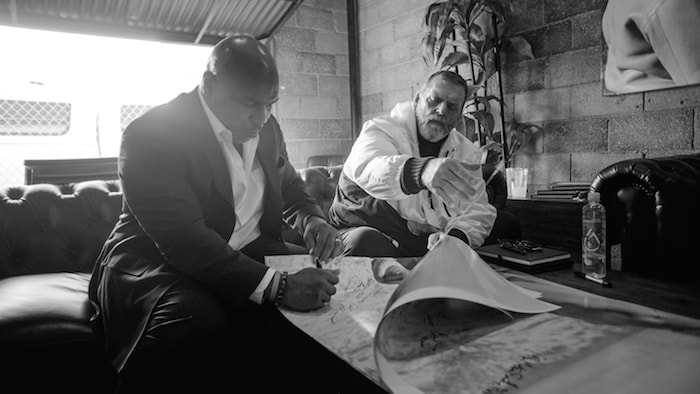 As someone who has taken a beating most of his life and used opiates for pain, perhaps it’s no surprise that Tyson has become heavily invested in the healing power of CBD. “I’ve been fighting for over 20 years, and my body has a lot of wear and tear,” he explained. “I had two surgeries and I used marijuana to calm my nerves, and it would take the pain away … But before, they had me on those opiates, and those opiates had me all screwed up.” He wholeheartedly believes that cannabis can help people move away from opioid addiction.

For this reason, Tyson is strategically teaming up with both professional athletes and veterans to help promote the healing benefits of the substance. In fact, some of his key investors and advisors include former NBA Commissioner David Stern and former NBA Player Al Harrington. Tyson Ranch has also developed numerous partnerships with representatives from the NFL, WNBA, UFC, NHL, MLB, FIFA, and the BIG3.

In addition to sports, Tyson also hopes to promote these ideas of health and wellness among veterans. As he explained, “I’m a big fan of veterans and I think they’ve given a lot to our country and we should give some back in return … Especially with all of the addiction that many of them come back with.” At Tyson Ranch, not only will they employ and empower veterans, but they will also conduct research into how cannabis can help veterans returning from deployment.

Briefly mentioned before, the latest of Tyson’s ventures, and the culmination of his cannabis entrepreneurship, is Tyson Ranch, which broke ground earlier this year. Located in Southern California, Tyson Ranch will occupy 407 acres of space, providing everything from cannabis research, tourism attractions, education, and even a music festival. But all of it will be wrapped around the promotion of health and wellness.

Rather than grow their own plants, the Ranch will partner with local cannabis growers to help brand and sell their products onsite. This allows the Ranch to operate at a federally legal level, but still shed light on the cannabis space. “Everything we do is federally legal. We never touch the plants,” Hickman explained. “Now, a lot of people do rent land from us and grow their products on it. If they grow it to the proper standards and are licensed properly in the state, we will consider selling them our packaging, which then gives them shelf space.”

“He’s building a holistic center for health and wellness,” Hickman continued. “There will be testing in the university. It’s going to be about educating people on the healing benefits, how to grow, and how to be in proper business.”

But, of course, it won’t be all business. Tyson Ranch will also offer opportunities for the growing industry of cannabis tourism. The facility will feature not only a hotel, but a full “glamping” (luxury camping) experience. With 200 units, the Ranch will allow guests rest and relaxation, as well as a place to enjoy cannabis. In addition, Tyson Ranch will also host the Kind Music Festival, what they describe as “the Lollapalooza of Cannabis.” By partnering with the 420 Games and a Wellness Expo, Kind will provide festival-goers the opportunity to not only enjoy musical guests, but also engage in and educate themselves about the growing world of cannabis and its many benefits.

Everything that goes into Mike Tyson’s ventures – the health and wellness, the education, the tourism – all goes back to the objective of changing the stigma around cannabis. “It’s inevitable,” explained COO Kevin Bell. “We can’t put it back in a bottle now … It’s coming.” To conclude, Tyson expressed, “Cannabis is the future, and eventually, everyone is going to have to give in.”