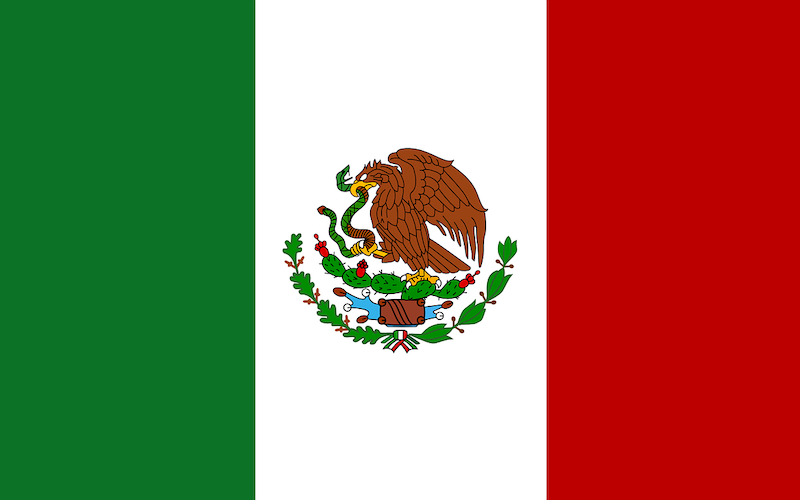 A number of countries in Latin America have the potential to become global leaders in the cannabis space. Here’s what you need to know.

When people talk about cannabis, all eyes turn to Canada. After all, the country was of the first to legalize cultivation and usage for medical purposes in 2001. Then, of course, they fully legalized the cultivation, sale, and adult-use of recreational cannabis last year. Canada also houses some of the largest and most notable companies in the industry, including Aurora Cannabis, Canopy Growth, and Tilray.

However, those excited about the future of cannabis might want to turn their attention south to Latin America. While the continent is made up of a number of countries, each with a unique view on cannabis, the region may soon become a powerhouse in the industry, attracting new business as countries move toward legalization. In 2013, five years before Canada, Uruguay was the first country in the world to legalize cannabis on a federal level. The majority of the countries there have at least decriminalized the substance, with some legalizing medical use and others moving toward full legalization. While each country has a differing status, here are the key players in Latin America that could become global leaders in the cannabis space.

In Argentina, a country famous for its wine, cannabis is decriminalized for personal use in small amounts and in private locations. Medical cannabis is widely accepted, but there is no technical federal legislation regarding the substance. Two provinces, Chubut and Santa Fe, both legalized medical marijuana in 2016.

In 2017, the Argentine senate approved the medical use of CBD oil. Aphria, a leading Canadian medical marijuana and oil company, is trying to take advantage of the opportunity by exporting their CBD oil products to their Argentina-based subsidiary ABP. As a well-established pharmaceutical import and distribution company, with a reputation as a champion for research, ABP was granted the first permit issued by the Argentina Ministry of Health for the import of pharmaceutical-grade medical cannabis. With their partnership with Hospital de Pediatria Garrahan, they have become one of the most credible medical institutions in South America.

In 2018, Aphria shipped 1,500 bottles of CBD oil to the partner hospital in Buenos Aires for use in a clinical study focused on treating refractory epilepsy in children.  ϖ

While cannabis remains illegal, it is still widely used, with Chile having the highest consumption rates per capita in Latin America. Despite public opinion, political reforms are lagging behind; however, they may be moving in the right direction. In 2015, Law 20,000 was modified to decriminalize growing marijuana at home for personal consumption.

There are still opportunities for entrepreneurship, though. The Agricultural and Livestock Service of Chile has the power to grant permits for large-scale grows, depending on certain requirements. Imports of medical cannabis products are also permitted in some cases. For instance, Savitex, produced by GW Pharmaceuticals, is currently the only registered cannabis-based medicine approved in Chile.

Cannabis is still illegal recreationally in Colombia, but there is a lot of opportunity for its legal medical industry. In 2015, President Juan Manuel Santos signed a bill into law to regulate the medical cannabis industry, making it fully legal to grow, process, import, and export medical cannabis products if you possess a federal license.

“This is a great year for Colombia, since this is the first year Colombia will be able to start exportation to anywhere in the world there is legislation for medical cannabis,” explained Tobar. “We have in Colombia, and all the countries on the equatorial line, a perfect climate for cultivation of pretty much anything. That being said, project cost will be much cheaper in some Latin American countries than Canada and the U.S.”

However, the country may still be a few years away from legal recreational use. According to Tobar, “For responsible adult use, I think it may take Colombia a few more years to come around to that subject and change the perception of the cannabis plant from ‘Planta Que Mata’ to ‘Planta Que Sana.’ The first part used to be the slogan publicized by the Colombian Government, and it means ‘Plant That Kills.’ The second part is now being used and publicized by activists in Colombia; ‘Plant That Heals.’”

As mentioned before, Uruguay was the first country in the world to legalize adult-use cannabis on a federal level. However, just being the first to do so does not mean they are years ahead of everyone else. Banks are wary to work with anybody connected to marijuana, out of fear of international sanctions. According to El País, only 17 out of 1,000 pharmacies in Uruguay sell cannabis due to pressure from banks. This issue has hindered the legal market and has allowed the black market to continue. Additionally, the current government seems less enthusiastic about cannabis than former President José Mujica.

However, business opportunities are still available. For example, in 2018, Aurora Cannabis made a key acquisition in Uruguay. According to CCO Cam Battley, “We acquired a company called ICC Labs which has operations in Uruguay and Colombia, and now the established market leadership in Latin America … And they have something like 70 percent of the market in Uruguay.”

Mexico is quickly on its way to being the next country in the world to fully legalize cannabis on a federal level, and may succeed in doing so in the coming weeks. In October 2018, the Supreme Court ruled that the law prohibiting recreational use of cannabis was unconstitutional, setting a binding precedent across the country’s court system. It made the law unenforceable and mandated that the government move to formally legalize cannabis within 90 days.

Only a few weeks later, Secretary of Interior Olga Sanchez Cordero filed a bill that would legalize cannabis on the federal level. However, legalization won’t just happen overnight. As Julian Tobar, founder of ExpoCannaBiz Colombia, explained, “Even if it passes today, and becomes a law within a month, there is still a long road to walk, getting the actual system in place and doing all the respective changes to accommodate the new legislation. It is not an easy task. It took Colombia about two years to draft requirements and conditions and procedures to make this law effective.”

Feature Image: Mexico’s flag. Mexico is on its way to being the next country in the world to fully legalize cannabis.