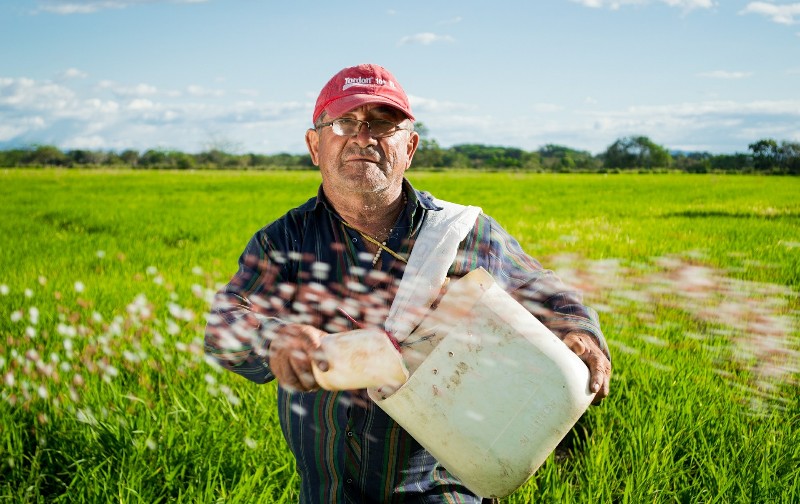 Freed from the list of federally banned substances, hemp is about to have another growth spurt in Kentucky.

The state’s agriculture commissioner said Tuesday that his department has approved 1,035 applications to produce up to 42,086 acres (17,000 hectares) of industrial hemp in 2019. Last year, 210 licensed growers planted more than 6,700 acres (2,700 hectares) when the low-THC version of the cannabis plant was operating under a limited reprieve.

“The numbers tell you what you need to know about the excitement about hemp in Kentucky,” he said. “The growth in the number of approved acres … shows that Kentucky is rapidly becoming the epicenter of the hemp industry in the United States.”

Hemp became a legitimate agricultural crop late last year when a provision in the federal farm bill removed the plant from the list of federally controlled substances. For decades, the leafy plant was banned due to its family ties to marijuana. But hemp, unlike its cousin, has a negligible amount of THC, the psychoactive compound that gives marijuana users a high.

Hemp gained mainstream support in Kentucky several years ago and the state’s most prominent political leader — Senate Majority Leader Mitch McConnell — led the legalization push in Congress last year. Legalization means hemp farmers will be able to buy crop insurance, apply for loans and grants and write off their business expenses on their taxes like any other farmer.

States have been given primary regulatory oversight of hemp. In Kentucky, the state Department of Agriculture said Tuesday it has approved 40 new applications from businesses wanting to process hemp. That’s on top of the 69 existing processors who are renewing their licenses for 2019, it said.

Growers, however, haven’t always reached the maximum allowable acres of hemp they were licensed to plant.

Still, the crop has gained a strong foothold since its comeback began in 2014 when a mere 32 acres (13 hectares) of hemp were planted.

Hemp’s comeback started with the 2014 federal farm bill. McConnell helped push for a provision that allowed states to pursue hemp research and development. That allowed the crop to be grown on an experimental basis.

The versatile crop was historically used for rope but has many other uses, including clothing and mulch from the fiber; hemp milk and cooking oil from the seeds; and soap and lotions. Other uses include building materials, animal bedding and biofuels. Hemp-derived cannabidiol, or CBD oil, as a health product has become an increasingly large market.

To grow or process hemp in Kentucky, farmers and businesses must be licensed by the state agriculture department. License holders must pass background checks and consent to inspections by law enforcement or state agriculture officials of any premises where hemp is grown, handled, stored or processed.