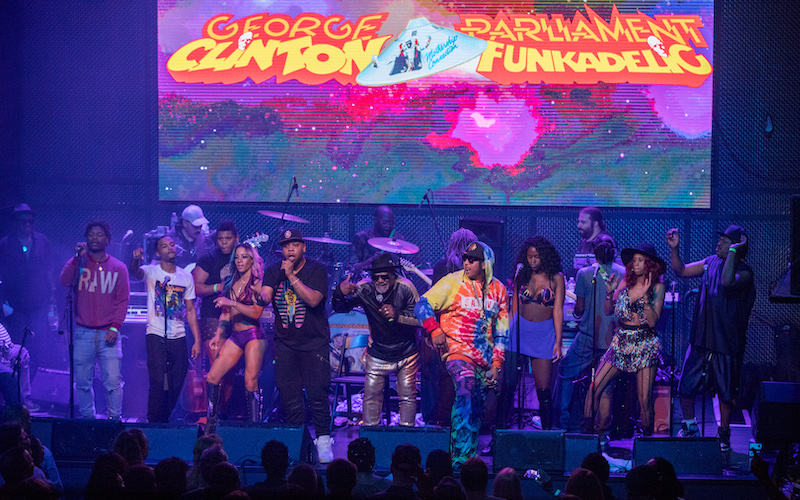 The 78-year-old King of Funk, George Clinton, explains why he uses cannabis and reflects back on his decades-long career.

George Clinton’s list of accomplishments seems infinite. Not only did he define funk music, he influenced soul, R&B, rock, hip-hop, and so much more. His famous P-Funk Mothership, which whizzed above crowds in the 70s and 80s, now resides in the Smithsonian. At the 61st Grammy Awards, he was recognized with a Lifetime Achievement Award. He was inducted into the Rock and Roll Hall of Fame in 1997. He’s collaborated and contributed to music’s most famous acts, including: the Red Hot Chili Peppers, Michael Bolton, Kurtis Blow, Prince, Snoop Dogg, Ice Cube, Tupac, Outkast, Wu-Tang Clan, Kendrick Lamar, and Childish Gambino.

His music was and is defining, not only for its flamboyance and groove, but also its societal impact. George Clinton, with Parliament-Funkadelic, created albums that told stories, employing themes of science-fiction and Afrofuturism, along with political and sociological leanings. His most recent 2018 album, Medicaid Fraud Dogg, takes a direct look at pharmaceutical companies and the opioid crisis.

At 78 years old, Clinton is finishing up his final tour with Parliament-Funkadelic, but still has plans to produce and make music. To what does he attribute his music inspiration and his ability to keep going? Cannabis. As a decades-long advocate, Clinton has become more vocal as of late regarding his support of the substance, speaking about how cannabis helped him get off of other, heavier drugs. In this exclusive interview with the Godfather of Funk himself, Clinton talks about how cannabis keeps him healthy, how it inspired his music, and what part of his career he’s most proud of.

Cannabis & Tech Today: You’ve been a cannabis advocate for decades now. Did you ever think you would see a day where it would be legal? 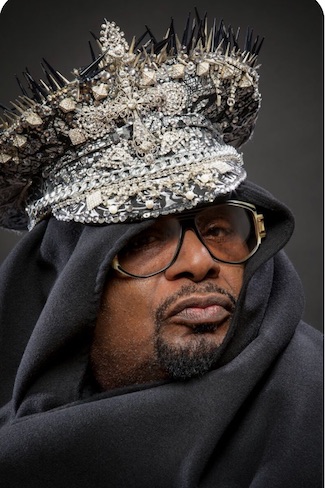 In the meantime, everybody was getting busted going through the border. I lived in Canada, looking for seeds. All the way to the point of people getting life in prison in Texas for having a roach on them. To go from that kind of stuff to it becoming legal, and the states are just falling off one by one. You wouldn’t think it would happen, but it’s happening and I have been waiting for it.

C&T Today: I’ve read that you personally have used cannabis to help you kick other substances.

George Clinton: Man, they ask me, “Why did I need [cannabis]?” I told them I had to stop doing crack. I was edgy, but then I realized I wasn’t even getting high all these years on the other stuff. You weren’t even getting high, you were just maintaining, and once I started smoking weed again, I actually enjoyed being high.

I forgot what it was about, you know, when I was 17/18, when I first smoked a joint. I had lost all that over the years and didn’t even know what it felt like. The other stuff was so overpowering, but once I cleaned up, I could actually enjoy it.

C&T Today: How else does cannabis help you stay healthy?

George Clinton: Oh my God, I mean, I’m 78 years old and everybody’s talking about how they want to be 78. I think it has a lot to do with my temperament and being able to relax and just chill. I think that actually has a lot to do with physical appearance and everything. Believe me, there are so many things they can find out about cannabis; to me, it’s like the iPhone. It gets smarter every day… It’s going to be like the beginning of the computer age. We all thought we knew what it was about, but it’s a lot more than what we thought. I mean, I didn’t realize all of the rubs and things – like I said, at 78 years old – they’re better than Bengay. That s*** works for real.

C&T Today: Your most recent album, Medicaid Fraud Dogg, directly takes shots at pharmaceutical companies. What inspired the theme for that album?

George Clinton: It was actually like myself, you know, getting off of drugs, off of crack, and then looking around and seeing that the whole country is one nation under sedation. When I got off of drugs, I realized the look on everybody’s faces was the same look…

My wife, she has Crohn’s disease. The medicine that she takes makes her sicker than the problems she already has… Drugs make you bleed. When I was growing up it was just Tylenol. Now, they got commercials telling you to tell your doctor you want this drug and that. Drugs shouldn’t have no commercials; commercials are bad enough as is.

I mean, she stopped taking the drugs for the Crohn’s Disease and started using marijuana. She don’t bleed all over the place no more, and that to me was like, “Wow!”

I don’t really take no drugs, no prescription drugs. All the drugs they give me, I take them and put them in the drawer. If I hurt bad
enough one day, I’ll get it, but right now I get a cortisone shot once a year or something for that old age. S***, that hurts, but other than that, I’ve tried to stay away from those as long as I can.

C&T Today: Throughout your career, what role has cannabis played in your creative process?

George Clinton: Well, it’s always a chill thing making music, whether you’re making beats, whether you’re arranging, whether you’re singing, whether you’re performing in the studio. Whenever you can chill, everything becomes better. So it’s very important. It’s going to be like a brand new thing that we done found, even though it’s been here all the time, because they kept it away from us for so long. Now they can do studies on marijuana and all that it can do, and it’s probably going to be a miracle of Biblical proportions.

I don’t know for sure, but it feels like that. It felt like that in the 60s; you know, before everything became illegal, marijuana was the one that pulled everybody together.

C&T Today: Looking back on your long, illustrious career, do you have something that you’re most proud of?

George Clinton: Besides the Mothership being in the Smithsonian? The fact that I’ve actually got in motion the fight for copyright recapture. In all our copyrights of all the music that we put out that is sampled, for my heirs, and all the other heirs that helped write this stuff, going up against all the major companies and societies that control this. I didn’t realize how hard that was, but I think I survived to get the habit out of the way, and that gave me enough inspiration to fight and reignite my relevancy.

I’m pretty proud I was able to turn myself around and excite myself. I ain’t trying to be like these kids, but I can still hang with these kids. I still do what I do best, and that is help kids do what they do. That keeps me alive, so I’m pretty proud of that. Even though I’m retiring this year, I still will be making music with the band, the soundtracks of cartoons, and writing cartoons. I’m pretty proud of reinventing myself two or three times.

C&T Today: On the other side of that question, if you could change one thing about your career, what would it be?

George Clinton: I don’t think I would f*** with that. Because if you go back and do something over here, it’s going to change or affect what happened over there. So, I think that everything the way I did it, the way it worked out, I’m going to leave it alone.

C&T Today: Who has inspired your music the most throughout the years?

George Clinton: Probably Sly [Stone]. Sly and The Beatles. The Beatles mainly for all the different styles and things that they’ve done. They’re like the greatest, period. They had so many different variations. You had George Harrison’s sound, John Lennon’s sound, Paul McCartney’s sound, and even Ringo’s. I mean, they were real songwriters, and George Martin was a real producer. That kind of thing don’t come together often. That kind of talent and everything around it don’t come together often.