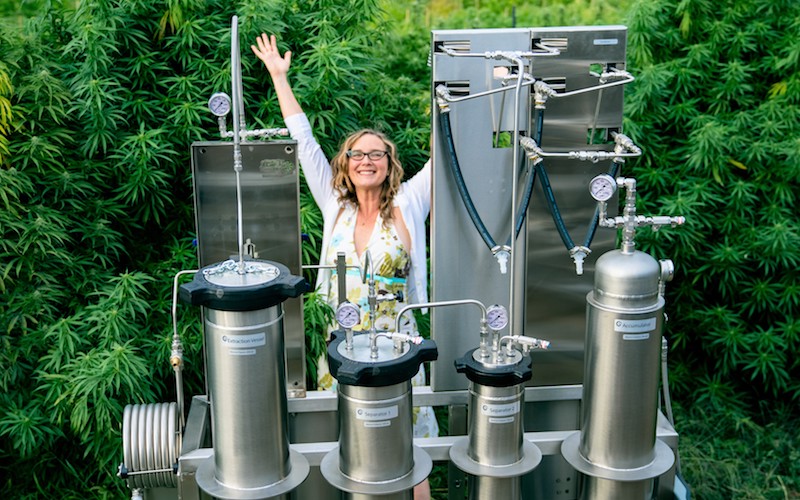 Since 1994, Eden Labs has been a pioneer in botanical extraction. They were founded out of curiosity, when Founder Fritz Chess began to learn about the healing plants that indigenous communities were using. With CO2 and Ethanol extraction methods, Eden Labs prides itself on bringing the healing powers of cannabis to those who need it. In this exclusive interview, CEO of Eden Labs AC Braddock explains the origins of the company, how cannabis is linked to social justice, and the importance of their “whole plant” philosophy.

Cannabis & Tech Today: I saw that Eden Labs has been around since 1994. Has the company always worked in cannabis or is that something they adopted later on?

AC Braddock: Yes, we’ve always worked with cannabis. Many of the early R&D botanicals were for health and well-being like kava kava, astaxanthin, omega oils, etc. But the founder of the company has been a fan of cannabis most of his life, and so it was one of the very first things that he started extracting.

C&T Today: Could you tell me a bit about the origin story of Eden Labs and what inspired the venture back then?

AB: [Our founder, Fritz Chess] was writing a science article based on a company called Shaman Pharmaceuticals. This company would find indigenous shamans, and if they found two different shamans in two different areas using the same plant to heal people, then they would bring that plant back and study it. That set a fire in him and he started looking into all kinds of different botanicals for health and healing, and also different botanicals for natural highs. He started doing all of these extractions as a hobby, and it blossomed into his entire career. It all came from that.

C&T Today: So, he learned about indigenous people using these plants for their healing properties; why was extraction equipment the logical next step?

AB: It actually wasn’t the logical next step, but it was a way to work around creating better systems to pull components that he wanted to pull. Plus, the systems on the market at the time were expensive and unreliable. He wanted to create something that did the job, was simple to use, and was a workhorse. And that’s what he did and that’s what Eden Labs still does, based on an R&D perspective on plants, we create systems that have excellent ROI for the companies that use them because they are indeed workhorses.

C&T Today: Could you briefly explain the benefits of CO2 extraction and ethanol extraction? 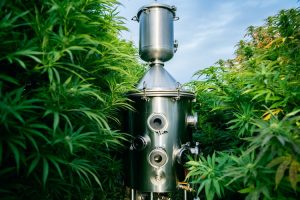 AB: They’re both good, number one, because they’re both clean, pure solvents. Ethanol is what

they call “exhaustive extraction,” which means it’ll pull everything. It’s a really good solvent for cannabis because the cannabinoids just jump out of the solvent; it’s really fast. The downside of it is that it does pull everything, so it does have to be filtered to take some of the chlorophyll back out or it can be run cold to mitigate pulling lipids and chlorophyll.

The benefit of CO2 is that if you run it cold, at subcritical stage, then you don’t necessarily have to post-process, and so for CO2, for instance, with our systems, you can do a very quick run and pull that raw material, very terpene-rich, and you can put that straight into a vape pen, and you don’t even have to post-process it. Another benefit with CO2 is fractionating out terpenes at the start of the run.

CO2 is an amazing solvent because it’s so tunable. You can use a wide array of temperature and pressure to create all kinds of different products. You can pull an almost pure terpene profile; you can do a run that will give you an almost pure TCA profile; you can produce live resin; you can do raw oil. But again, the best thing about them is they are safe to use, and they are good to market to the consumer because the consumer can trust what they’re imbibing is good for them, from a purity standpoint. Also, in 2009, I recognized that there was no way that we were going to continue to legalize, on a medical platform, without an undeniably safe, pure way to do it.

C&T Today: The Eden Labs website states, “A focus on medical and nutritional extracts goes hand in hand with environmental remediation and stewardship.” What does this environmental stewardship look like in practice?

Other social ills that this industry illuminates are legal prejudice against people of color, over prescribing  hard drugs like opiates, how our medical system operates, and gender discrimination. Women only receive $1 million in investment funds to every $58M men recieve. This is why the number of women CEOs and business owners is decreasing as the industry grows.

C&T Today: Recently, the DEA elected to make some CBD-based pharmaceuticals available to prescribe. How has this affected your business?

AB: Our message has always been whole plant. All of the current science is proving that CBD alone is not as effective as whole plant or “enriched” CBD. The laws are obviously contradicting each other. What we definitely need to stay away from is single molecule medicines. Our mission is the same, and what the FDA just rescheduled to Schedule V is an enriched CBD product, meaning that it is not a single molecule, it also has other components of the plant in it. I think that’s positive movement forward. How it will play out with other people being able to use CBD as a medicine we will see, because, again, our laws are contradicting. But I think at this point so many people understand the direction that we should be going – need to be going.  It is criminal that it is criminal!

AB: One of the reasons why we’ve had years and years of legalization on CBD was because it’s an effective molecule, but primarily, it’s because it’s not psychoactive. They were able to say, “Well, okay, we can treat children with epilepsy, because it’s effective, but it’s not going to get them “high.” So the whole prohibition era is based on this plant that gets people high. Here at Eden Labs, we knew a long time ago that CBD alone has a bell curve, and it’s effective only up to a certain point, and then you have to add the other parts of the plant back in.

They have to go back to whole plant. Standard medical practice was to take a single molecule and synthesize it, which is exactly what they tried to do with Marinol; but it proved to be an ineffective drug.  THC alone – especially when synthesized – doesn’t work well. But then when they came out with Epidiolex, they grew for the end product. We like to see where the whole industry is going, and that is working from the genetics of the plant. They’ve created genetics that have produced an almost pure CBG (cannabigerol) plant. From that pure CBG plant, they can derive whatever cannabinoid they want. That’s also what Tikun Olam in Israel has done with their high-CBD strain; it was primarily based on a cannatonic-type chemovar.

C&T Today: There is so much talk about CBD being this “super healer,” many might not consider the importance of incorporating other aspects of the plant as well.

AB: Tikun Olam has proven this in their clinical trials. It’s quite apparent that this plant is trying to put a strong message out there. The path we should actually be going down is getting away from a “single pill health care system,” where they think creating one pill is going to work for everyone, because it doesn’t. They have a lot of side effects, then they have to create another pill for the side effect, then another pill, and all that’s based around patenting and synthesizing things that are chemically created when actually, they could just use the plant; it works quite well by itself.

You can always enhance it with a single molecule, but all of those components are there for a reason. We have to stop trying to control it, and just let it be. There are still ways to create IP around whole plant. There’s the whole plant genetics side of it; there’s how you grow it; there’s how you extract it; there’s product formulation; there’s the product; there’s so many different ways that if you want to have IP protection or patenting, you can still do that while offering a product that is healthier.

C&T Today: Where do you see the future of cannabis going, and how do you feel Eden Labs will contribute to that future?

AB: Well, Eden Labs has done and continues to do a tremendous amount of work around education on everything we just talked about, and helping new entries in the industry understand that this is all a part of a massive emerging industry on health and well-being. Through our platform we will continue to educate on the evolving science on the endocannabinoid system, product development, and extraction methodologies, and of course we will remain politically involved to help move all of this messaging forward faster.