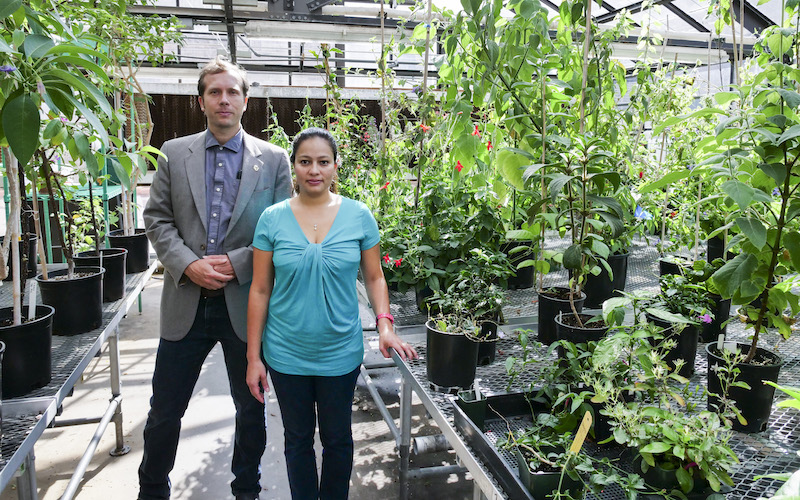 The University of Colorado, Boulder is one of the few universities in the country with a robust cannabis research program. Their team is comprised of some of the most respected scientists in the space, including evolutionary biologist Dr. Daniela Vergara. As the Director of the Agricultural Genomics Foundation and as a Postdoctoral Researcher, she has made a considerable impact in the way cultivators look at their crops. In this interview, Vergara reveals how federally supplied cannabis is creating flawed studies and why genomic research is vital to the growth of the industry.

Cannabis & Tech Today: What does your position as a cannabis researcher entail? 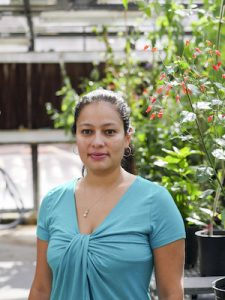 Daniela Vergara: I study the DNA, which is genetic material from cannabis plants. I study the whole collection of DNA, so the whole genome, and compare genomes from different strains to each other to understand which regions give the plants certain characteristics, like high THC or high CBD, or particular smells or colors.

I conduct bioinformatic research. It takes time because you’re analyzing this big data. A genome is a lot of information; for cannabis, an individual genome is about 830 million letters. If you’re comparing 67 different genomes, it’s going to take a long time. It’s not fast, it’s not easy, and it requires a lot of time and patience.

C&T Today: Why do we need to better understand the genetic diversity of cannabis?

Daniela Vergara: In order to understand how to cultivate the plants properly, we need to understand the genome. If you want reliability, consistency, and accuracy with your cultivation, you need to understand: what are the genes, where are the genes, and during what times are the genes turning on or turning off? The genes that you turn on while you’re sick or while you’re asleep are different and we want to know, “Okay, if you have a plant that is purple, is that purple gene turned on or off at a certain point or is it just a different form of the gene?” Like if you have blue eyes, you have blue eyes here and in China and anywhere, right? So you have that particular form of the gene.

But there are genes that can turn on or off depending on certain conditions. For example, diabetes, you might have the gene but never develop diabetes. Your sister might also have the gene but because she ate poorly during her lifetime that gene might turn on. So, we want to know all of those things from the genometer to be able to cultivate cannabis properly.

Related: Why Lab Testing Will Be Vital to Cannabis Legalization

C&T Today: Has it been a challenge to find funding for your research?

Daniela Vergara: Oh yeah. This year and every single year. Finding funding for research is hard because the agencies that run funding for research are the National Institutes of Health (NIH) or the National Science Foundation (NSF). You have to apply and the funding rate is very low. With cannabis, since it is federally illegal, it’s even harder because many of these agencies do not grant money for federally illegal crops. So, we cannot bring funds from federally illegal markets into the university. It’s been a challenge.

C&T Today: Have you found any alternatives for funding your research?

Daniela Vergara: We have a non-profit organization that I run. It’s very small and from that I’ve been able to get some funds from the cannabis industry as well as from private individuals, so that has been helpful. It’s called the Agricultural Genomics Foundation (AGF).

AGF has 501(c)(3) status, it’s a charitable non-profit. Through AGF we fund projects for the Cannabis Genomic Research Initiative (CGRI), of which I am a founder. Mainly, it’s paying undergraduate students for their time and buying consumables and stuff like that.

Also, through AGF we educate the public about our findings and about our cannabis research. We make our research available to the public, to interested users, to other researchers around the world, and also to breeders, growers, and consumers.

C&T Today: Most of the cannabis provided to federally funded research institutions is provided by the National Institute on Drug Abuse (NIDA). You performed a study in which you compared cannabinoid levels from the varieties that NIDA produced to the cannabinoid levels from the plants that are available in the private market. What were your conclusions?

Daniela Vergara: I did a comparison between the cannabinoid levels from strains from four different cities in the private market: Denver, Seattle, Oakland, and Sacramento. We compared those to NIDA’s varieties and found that NIDA’s varieties are very low in potency, have very little diversity, and they have an accumulation of a breakdown product, which is CBN. CBN is cannabinoid that accumulates when you leave cannabis in poor conditions, like in the sun or things like that.

C&T Today: I would imagine that has a large effect on those who are relying on NIDA samples to do their research.

C&T Today: Do you have any advice or insights for young scientists who are interested in becoming involved with cannabis research?

Daniela Vergara: Be patient. There are a lot of things to do from many, many different perspectives. There’s a recreational side, a medical side, and also hemp. The seeds are edible, so you can have granola from hemp. I think Toyota made a car out of hemp already. Hemp installation materials for air-conditioning or furnaces, or fiber for clothing or paper. That opens the door to many people, like an architect who wants to make houses out of hemp, or to a clothing designer who wants to make shoes out of hemp. So, once we’re able to actually use the plant with all of its diversity and versatility, it’s going to be huge. There are so many things we are going to be able to do.