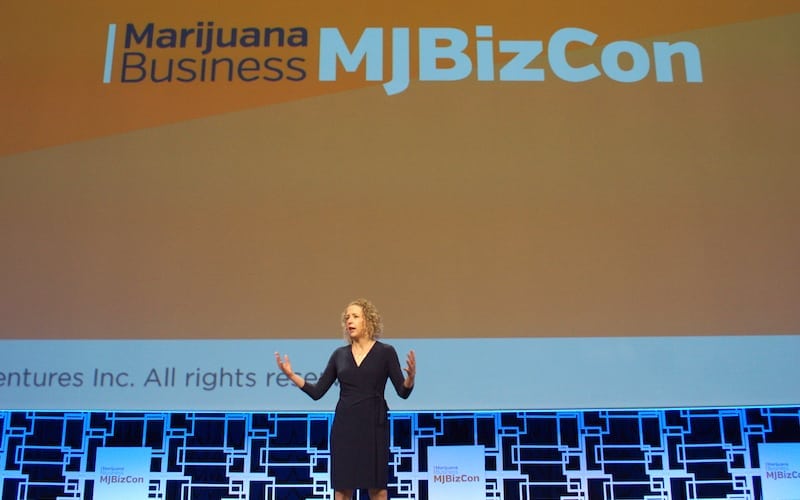 Can an industry be truly valid until people are talking about it? Publications such as High Times have long been popular for their engaging yet laid-back coverage of cannabis culture. However, as marijuana became more mainstream, Cassandra Farrington, CEO of Marijuana Business Daily, noticed a gap in coverage.

While lifestyle and culture had been nearly bled dry, few were exploring the business realm. In 2010, Farrington stepped onto the scene to share her business and media acumen in the space. In this exclusive interview, Farrington discusses the potential of this ever-expanding industry and her methods for fighting stigmas.

Cannabis & Tech Today: How did you first get started in the cannabis industry?

Cassandra Farrington: Actually, my business partner is somebody who I met at my very first job out of college, which was at a business-to-business media company. They were a newsletter publisher and published hundreds of titles. Very niche. Subscription based. That sort of business model.

We set out to do that again and happened into the cannabis space. For us, it was a pure business play as we realized, when we were researching this back in late 2010, that these were businesses that had been perhaps going for a long time, but they never actually operated under a legal business environment.

So, we thought, “Well, we don’t know the cannabis space, but we certainly do know business and we have a particular expertise in helping teach them about their industries and how to run their businesses better.” So that’s what we set out to do and everything that we’ve done has come as an offshoot of that.

C&T Today: With that business mindset, could you share your thoughts on the current state of the cannabis industry and what you envision for the future?

CF: The current state is both very exciting and absolutely exhausting. This is unquestionably the industry development opportunity of an entire generation, right? We haven’t seen anything like this since the dotcom boom and this is certainly likely to rival, if not surpass that. It will be just as disruptive to so many other industries as technology has been.

At the same time, that kind of opportunity, especially at the very early days, doesn’t come along without its hardships. In this industry, it’s even more tricky because we’re battling those headwinds of legalization, banking, and everything that legal status of the plant creates in non-normal business environments. Entrepreneurs in this industry … have enormous opportunity. Yet, we also have high risk, which simply cannot be hedged away.

C&T Today: As you’ve transitioned into this burgeoning industry, what are some of the biggest lessons you’ve learned?

CF: In terms of people looking at eventually getting into the space, one of the bigger lessons that I think people are really understanding now, especially the longer running entrepreneurs, people like me who’ve been in it for six, seven, eight years, the exits are not easy in this space right now.

And so, you have these entrepreneurs who are great at this startup phase, right? Who have ideas. Who can get companies started. Who can pass them off to people who know how to run them more effectively and that whole natural life-cycle of an entrepreneurial venture. But those exits and being able to move on to that next phase, and getting the value out of that company as you make that move is difficult right now.

There have been some very high profile moves, but there are very, very few. And most people are still sitting on the sideline, which creates this unique opportunity for the little guys to really get in here and establish something interesting and thrive and build it up before that legalization switch flips.

C&T Today: For better or worse, how do you see the industry changing with federal legalization?

CF: Well, it would certainly create a much more traditional-looking industry over the ensuing two to three years, where you do have a few really big players, you have a lot of medium tier companies, and then you have a lot of smaller companies. Then, it would certainly look a lot more like that. I think standardization would start happening a lot more quickly under that sort of environment.

C&T Today: As the industry becomes more established, are we seeing an uptick in cannabis-based media? How does Marijuana Business Daily stand out from its competitors?

CF: That’s an interesting question. I think that there are a couple of things. Certainly being first to market and having long ago established that brand credibility for a very high quality product is one of the big things that makes us stand out.

We have, over many years, really curated and developed an extremely trusted journalism-based brand. It’s not constant marketing. It’s not sales pitches. We don’t blend advertising and editorial. It’s all very black and white. All of our content is produced by true journalists who came through that world and are thriving in this cannabis space where there are so many great stories to write.

Taking that approach, we have been able to do a lot for and with our audience, such as [MJBizCon], which does go a long way to help pay all the bills in the way that traditional journalism these days really doesn’t anymore. Those sort of business models have had to evolve so significantly. We’ve managed to find the middle ground between keeping those really wonderful things about traditional journalism and marrying then with a business model that helps the entire industry thrive.

C&T Today: What are Marijuana Business Daily’s methods for de-stigmatizing the culture of marijuana?

CF: From the get go, from the very first day that we launched, it’s all been about professionalism. That this is a business and these are business people. We can be professional if we choose to be and we should be. We have always written for a professional audience and expected professional behavior in return from our readers, from our attendees, from our exhibitors.