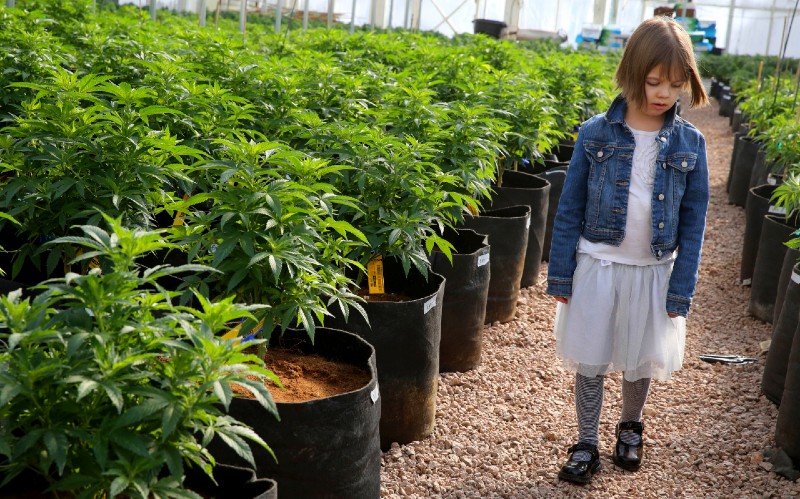 Colorado teenager Charlotte Figi, whose rare form of epilepsy drove her parents to seek CBD treatments, has passed away from complications potentially caused by the new coronavirus.

Her healing experience with cannabinoids led others to seek medical cannabis as a treatment for their epileptic children. Her story inspired the CBD movement, opening a gateway to healing for millions of people suffering with the debilitating disease.

On April 7, Charlotte’s family shared her passing on Facebook. The Facebook post, written on the family’s behalf, requested privacy at this time and noted: “Charlotte is no longer suffering. She is seizure-free forever. Thank you so much for all of your love.”

Figi suffered from Dravet syndrome, a form of epilepsy that sometimes caused up to 300 grand mal seizures a week. Prior to starting her CBD regiment, Figi was in a wheelchair and would repeatedly slip into cardiac arrest. She could barely speak.

Her mother, Paige, having exhausted all other treatment options, sought help from Colorado physicians. She was prescribed an infused oil, low in THC but high in CBD. Her symptoms nearly disappeared. The creators of the oil renamed the product Charlotte’s Web, in honor of her story.

The Figi family shared that the whole family had been ill with fever, coughing, and breathing difficulties for more than a month. Charlotte, particularly, was struggling. She was tested for COVID-19 on April 3. Her results came back negative, though the testing has an unusually high frequency of false negatives. Despite the results, she was treated in the ward of the hospital designated for COVID-19 patients.

After being discharged on April 5, she suffered a severe seizure and cardiac arrest, for which she was readmitted to the hospital. Hospital staff then treated her as a “likely COVID-19 case” and followed the medical protocols established to treat the virus.

Despite the “impeccable and compassionate care” provided to Charlotte at the Children’s Hospital Colorado, she passed away peacefully in her mother’s arms on April 7.

Charlotte was a prominent figure in the medical cannabis movement. She and her family were (and remain) fierce advocates for CBD legalization, changing hearts and minds in favor of cannabis reform. Less than eight years after their journey with CBD began, 47 states now have laws allowing the sale and distribution of CBD products.

The entire cannabis community owes a debt of gratitude to the Figi family for their bravery and for all they’ve done for those suffering with epilepsy. She was a voice of hope to millions and one whose story will continue to inspire for generations to come.

Image courtesy of the Associated Press. In this Feb. 7, 2014 photo, 7-year-old Charlotte Figi, whose parents describe her as once being severely and untreatably ill, walks around inside a greenhouse for a special strain of medical marijuana known as Charlotte’s Web, which was named after Charlotte early in her treatment, at a grow location in a remote spot in the mountains west of Colorado Springs, Colorado. (AP Photo/Brennan Linsley, File)