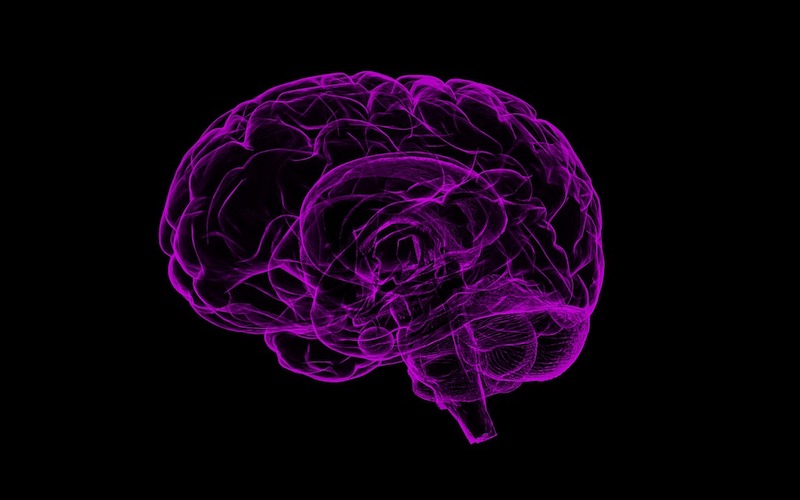 Cannabidiol (CBD) has emerged as an effective therapeutic strategy for numerous conditions, but the explosion in its popularity has led many to use it who don’t necessarily need it to treat acute symptoms. Not surprisingly, they report that “it didn’t do anything.”  Are they wasting their money?

Numerous studies in rodents and humans have demonstrated that CBD has powerful anti-inflammatory properties. These effects may not always be consciously detected unless injury or disease has triggered the inflammation. But brain inflammatory processes are often ongoing, and they build up as we age. They can be triggered, for instance, by injury, alcohol, or disease processes. Persistent low levels of brain inflammation are harmful and cause a host of long-term problems. Dampening brain inflammation is therefore an important strategy to reduce risk for age-related brain diseases, such as Alzheimer’s disease (AD). This establishes a theoretical framework for CBD’s prevention of AD of which there’s emerging supportive pre-clinical data.

The Effects of Alzheimer’s on the Brain

AD afflicts 30 million people worldwide. Because of lengthening lifespans, it’s predicted that over 120 million people will have AD by 2050. Memory loss and confusion define the initial stages of the disease, but eventually, AD patients lose the ability to walk or swallow. The associated health complications make AD the sixth leading cause of death in the United States.

Risk factors coded in your DNA affect the likelihood that you may develop AD. But in the majority of cases, genetic risk only becomes problematic when coupled with certain lifestyle and environmental factors. For instance, heart disease, high blood pressure, diabetes, heavy alcohol use, and even brain injury can increase the likelihood that you may one day develop AD. All of these factors have one thing in common that highlights CBD as a promising preventative strategy: they all increase brain inflammation.

AD begins by attacking the brain’s hippocampus, a region of high brain activity that’s especially vulnerable to inflammatory processes. As the disease takes hold, patients suffer from impaired memory, heightened anxiety, and depression. If you could peer into the brain at a microscopic level, you’d see two hallmark features: a speckling of amyloid-beta (Ab) plaques and brain cells that are a tangled mess of scaffolding fibers. The combination of these Ab-plaques and neurofibrillary tangles chronically activates inflammatory processes, preventing brain cells from functioning properly, and eventually leading to cell death.

As a part of the brain’s inflammatory response, support cells, called microglia, become “activated” to get rid of the plaques and tangles. Normally, these cells travel around in their “resting state” until activated by a potential danger, attacking it like a microscopic watchdog. They’re intended to protect the brain, but in the process, they can wreak havoc by releasing toxic amounts of the chemical glutamate, killing brain cells and elevating the amount of damaging free radicals.

How CBD Can Mitigate Alzheimer’s

Many scientists believe that brain inflammation promotes AD by increasing the amount of Ab-plaques and tangles, which leads to greater inflammation, microglia activation, and more brain cell death. This was supported decades ago by a study that found a lower risk for AD in people who commonly used anti-inflammatory drugs (NSAIDs; e.g., Ibuprofen). But follow-up clinical trials in AD patients found that anti-inflammatory medications were only effective at preventing AD and do little in late stages of the disease. A major problem with NSAIDs is that they are brutal on your kidneys and GI tract, so their utility as a preventative tool is severely limited. Instead, CBD is a well-tolerated anti-inflammatory and potent antioxidant, which can dampen inflammation and neutralize free radicals with minimal risk for harmful side effects.

If CBD is going to be an optimal AD strategy, it should be able to prevent the hallmark brain signatures of the disease: reduce Ab-plaques, prevent the development of neurofibrillary tangles, block the activation of microglia and release of toxic chemicals, and soak up free radicals. Scientists have demonstrated CBD’s benefits on these hallmark features using rodent models of AD.

Related: How CBD Can Be Used to Fight Addiction

The Science Behind CBD’s Benefits

Scientists can study AD in the laboratory by altering the DNA of mice so that they develop the core brain and behavioral features of AD. In these mice, CBD was found to be most effective at reducing symptoms if given early in the disease process. This is consistent with CBD’s anti-inflammatory benefits and highlights its potential as a preventative strategy that can be implemented with little adverse consequence.

CBD’s remarkable versatility as a therapeutic agent stems from its many targets in the brain and body. So far, over 65 have been identified, but there are three primary mechanisms that are most relevant for its anti-inflammatory benefits and protection against AD. First, CBD weakly activates cannabinoid type II (CB2) receptors which reduce the inflammatory response. CBD also blocks the breakdown of the brain’s endogenous cannabinoid, 2-AG, thereby increasing 2-AG levels and further activating CB2 receptors. Lastly, CBD activates the PPARg receptor which reduces brain inflammation in AD. Both PPARg receptor activators and microglia inhibitors have shown promise in human clinical trials but have been limited by prohibitive side effects. CBD may achieve these effects with a better side effect profile.

Through these mechanisms, CBD has been found to reduce the Ab-plaque burden, protect against neurofibrillary tangles, and prevent the activation of microglia in rodents. Activation of the PPARg receptor is thought to underlie CBD’s benefits in preventing brain cell death and improving cognitive outcomes, while activation of CB2 receptors plays an important role in limiting the development of Ab-plaques.

The Future of CBD Treatments

While CBD holds promise as a preventative treatment in rodent models of AD, we’re still a long way from establishing CBD’s benefits in humans. One of the biggest challenges we’ll face without controlled clinical trials is in establishing optimal dosing. In the meantime, full-spectrum cannabis oil has shown benefits on cognitive performance and improved quality-of-life factors (e.g., sleep and agitation) in small cohorts of human AD patients. So for now, CBD’s benefits in AD may be confined to helping combat its symptoms in some patients. Nonetheless, all of this speaks to an exciting future for CBD as scientists learn to harness its anti-inflammatory properties for conditions that extend beyond a sore back.