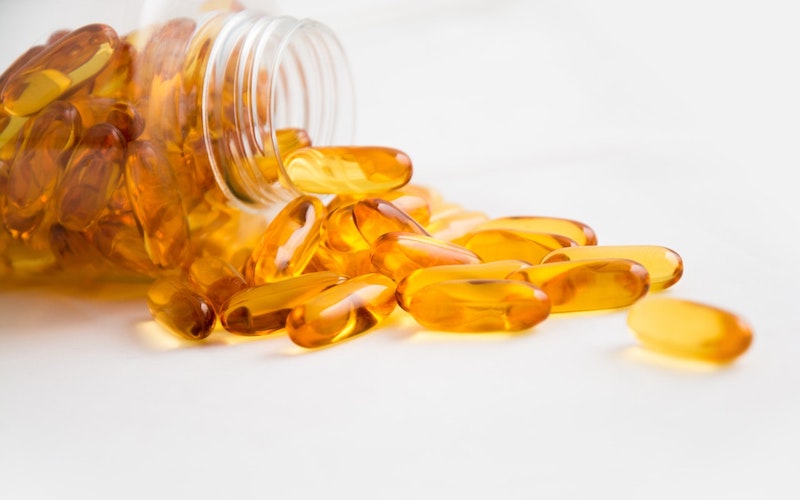 Anthropologists have yet to discover a culture where mind or mood-altering substances weren’t present. Drugs have been with us since the beginning, for better or worse. The challenge for any user is to achieve its mood and health benefits while being able to regulate its use, but many struggle. Repeated drug use can trigger a shift in our brain chemistry that promotes addiction, a chronically-relapsing disease in which users seek and use drugs despite harmful consequences to their own health, compromised social and family relationships, and impaired work performance. It’s a tragic state that is estimated to cost the United States nearly $700 billion annually.

It’s no wonder that the government has an interest in reducing drug addiction. Unfortunately, their strategy of limiting access has failed. Nearly 10 percent of adults used an illicit drug in the last month, and millions have become dependent. An additional strategy has been to invest in addiction treatment programs, as every dollar invested in treatment centers saves $12 in healthcare and crime-related costs. But these programs are only effective for around half of those who enter. Therefore, new strategies must be devised.

One promising strategy comes from a plant whose safety was once deemed, as Ronald Reagan claimed, to be equal to “…being on Bikini Island during an H-bomb blast.” Cannabidiol (CBD) is one of the most abundant chemicals in cannabis. However, unlike L9-THC, it’s non-high inducing and could be a powerful tool in treating drug addiction.

Opioid addiction is nasty. It may start innocently with the use of prescription opioids for post-operative pain. They’ll deliver pain relief with a euphoric high by flooding the brain with opioid chemicals that overwhelm receptors. The brain’s natural response is to restore balance by weakening the effect that these chemicals have on the brain. Over time, to achieve pain relief and restore that euphoric high, more pills must be popped, more morphine dripped. Eventually, the drugs themselves are insufficient and harder drugs like heroin are sought. Tragically, even though the drug’s strength in the brain weakens, when it’s not being used the feeling is horrible. People are struck with diarrhea, vomiting, sweating, restlessness, and severe anxiety. More opioids must be consumed just to return to a semblance of normal.

That’s the essence of the addiction cycle. Drug use is initially driven by the desire to feel good and reach a euphoric high. But repeated drug use causes lasting changes in brain chemistry that make it more difficult to get high and set a new baseline state in which drugs must be consumed just to feel, what was once, “normal.” That is, one must continue to use drugs to alleviate the negative symptoms of withdrawal.

A major driver of drug seeking in addicts is the desire to relieve withdrawal symptoms. But it’s not just internal factors that lead people to continue using. Environmental cues like a friend, a song, or a room once associated with the drug can trigger profound cravings that eventually lead to relapse.

This proposes that there are three primary strategies in which therapeutic drugs, such as CBD, can help treat addiction. First, they can reduce the rewarding nature of the abused drug itself so that there’s less motivation for further consumption. Secondly, treatments can weaken withdrawal symptoms, like anxiety, which reduces drug seeking merely to alleviate symptoms. Lastly, treatments can reduce the ability of environmental cues to trigger relapse.

How CBD Can Help with Addiction

It’s rare that a Schedule I drug under the Controlled Substance Act, which by definition has high potential for abuse and no accepted medical value, may be an effective strategy to help break the chains of addiction from other Schedule I (e.g., heroin) or lower scheduled drugs (e.g., amphetamines or codeine). But CBD is emerging as an exciting possibility.

Firstly, CBD may reduce the rewarding properties of opioid drugs. While CBD doesn’t have any rewarding effects on its own, scientists found that rats given this compound were less sensitive to morphine’s rewarding effects. These effects did not translate to cocaine, suggesting that CBD’s effects on reward processing may be limited to opioid-based drugs.

CBD’s power to regulate opioid reward stems from its ability to enhance serotonin signaling in the brain. Serotonin is a mood-regulating brain chemical that is a common target of anxiety and anti-depressant medications. It’s not surprising that the compound also relieves anxiety. CBD’s anxiety-relieving effects can be utilized in addiction treatment by relieving this prominent withdrawal symptom.

CBD may also help avoid relapsing back into drug use after a period of abstinence. In one study, rats were trained to push a lever for heroin and learned to associate a light in the chamber with the availability of the substance. After some time, pressing the lever no longer delivered the drug. But when the light turned on, they’d press like mad in the hope that some would be delivered. That is, unless they were given CBD, which reduced the light’s power to escalate their drug craving. It’s as if with CBD, the addict can walk past a familiar alley or bar, despite signs inviting them in. And CBD’s effect persisted. The light cue remained less effective at causing a heroin craving for two weeks after the last treatment.

CBD’s benefits are not limited to treating opioid addiction. For instance, CBD protects against amphetamines’ ability to induce long-term changes in dopamine signaling, a brain chemical involved in reward processing that underlies early stages of addiction. Cigarette smokers who had access to a CBD inhaler consumed 40 percent fewer cigarettes than those with a placebo inhaler. CBD even reduces the desire to consume THC-rich cannabis. This suggests that transitioning to either balanced or CBD-rich cannabis may be a promising strategy for treating cannabis use disorder.

And If It Doesn’t Work …

Desperation and frustration often define overcoming addiction. When current options fail, we must consider novel approaches. CBD shows promise but warrants further investigation. But even in cases where CBD is ineffective at curbing addiction, its preventative effects against liver toxicity and drug-induced brain inflammation promote its use as a protective agent during periods of drug abuse.

Josh Kaplan is a Ph.D. neuroscientist and cannabis researcher at the University of Washington.