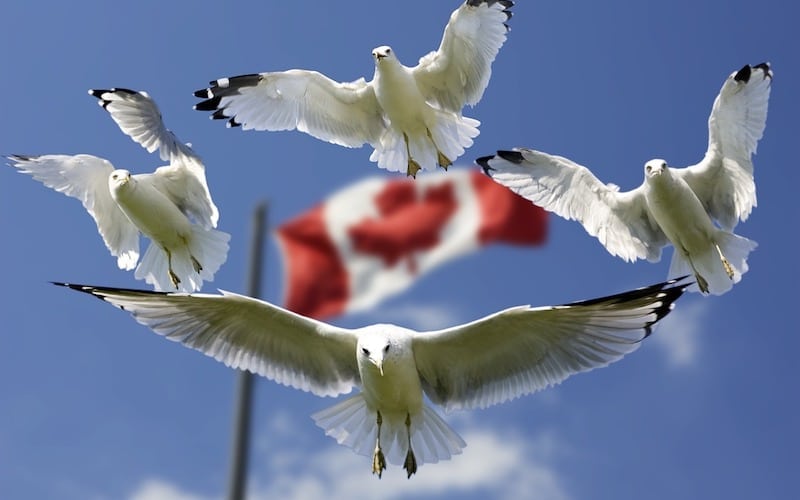 On October 17, cannabis will become nationally legal in the country of Canada. However, for their neighbor to the south, federal regulations still classify the substance as a Schedule I narcotic. This differing in legislation has created some tension on the border between the U.S. and Canada. In fact, Canadians who work in the marijuana industry, invest in the sector, or have used the substance, risk a lifetime ban from entering the U.S.

As the country prepares for legalized cannabis in just under a month, it has many citizens flocking to the new industry, which is projected to generate billions of dollars of revenue. Many of those who aren’t explicitly working in cannabis still have investments in the sector, hoping to benefit from the growth. However, long-lasting American drug laws are the reason for the border drama. The specific border laws pertain to the curbing of drug trafficking, and make anybody involved in what the U.S. considers illegal drugs inadmissible.

The U.S. Immigration and Nationality Act specifically denies entry to anyone “who is determined … to be a drug abuser or addict,” or “is or has been an illicit trafficker in any controlled substance … or has been a knowing aider, abettor, assister, conspirator, or colluder with others in the illicit trafficking in any such controlled or listed substance.” It may seem ludicrous, but with the United States’ categorization of marijuana as a Schedule I substance, many people involved in the industry fall under this drug trafficking umbrella.

Todd Owen, executive assistant commissioner for the Office of Field Operations, told POLITICO that, although some U.S. states have eased marijuana laws, the U.S. continues to maintain a federal prohibition that applies at the border.

According to Owen, Customs and Border Protection (CBP) officials are not planning to go out of their way to interrogate every Canadian traveler about marijuana. “Our officers are not going to be asking everyone whether they have used marijuana, but if other questions lead there — or if there is a smell coming from the car — they might ask,” Owen told POLITICO. “Likewise, marijuana residue, which can linger for weeks inside a car, could be detected by CBP inspection dogs and lead to further questioning.” Owen also added that if travelers lie about past drug usage, they could risk a lifetime ban.

But still, if a traveler admits to past use of any illegal drugs, they will be found to be inadmissible into the United States, having the opportunity to voluntarily withdraw from the border, or else face expedited removal. Then, said traveler would have to apply for a waiver to lift the lifetime ban, which costs U.S. $585 and requires several months to process.

Besides usage, it isn’t uncommon for border agents to ask about travelers’ occupations and any Canadian who admits association with the cannabis industry will not be permitted entry either. Investors, too, are at risk. While CBP has not identified a specific minimum level of investment that could trigger a ban, Owen explained that investors from other countries, such as Israel, have been denied entry in the past.

In June alone, Canadians made 3.8 millions trips to the U.S. It’s yet to be seen how this border trouble will affect both Canadian and U.S markets when legalization reaches the north on October 17, but it is likely that at least some disruption will take place.

These updates come in the wake of backlash from a variety of lawmakers pushing back on the border bans.

Hemp Cake As An Alternative Ingredient For Sustainable Meat?