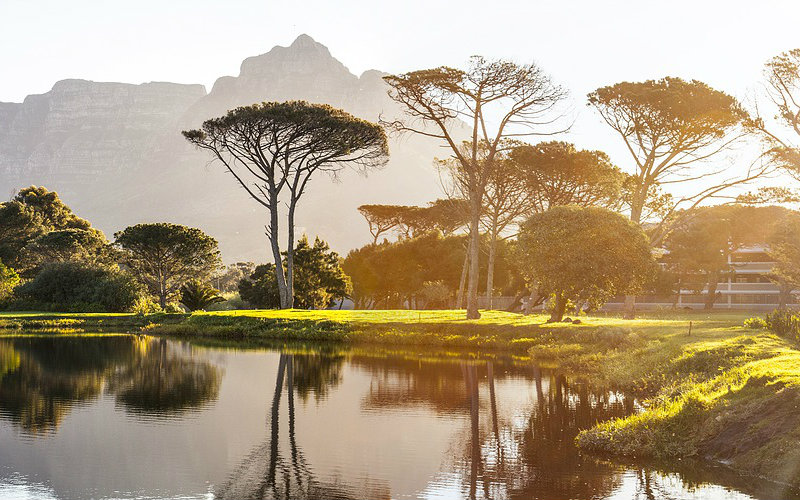 A ruling by the South African Constitutional Court opens the way for decriminalizing private use of cannabis, locally known as “dagga”. It marks a definitive shift in a century of notoriously punitive drug policy, recognized in the recent judgement to be “replete with racism”.

In 1922, cannabis was officially classified and designated for control as a “habit-forming drug” through a national Customs and Excise Act. Consequences of this legal development were not only local: they were global.

A year after the national law was passed, the government under Prime Minister Jan Smuts, approached the League of Nations’ “Dangerous Drugs” committees requesting that cannabis be included within the same registers as opium, morphine and cocaine. Two years later cannabis was placed within international drug protocols.

This begs the question of why and how cannabis came to hold such political significance for colonial rulers in South Africa. What was behind the 1922 law? And how did that history shape subsequent cannabis politics?

Cannabis has a deep precolonial past in southeastern Africa. It didn’t, however, feature in the intoxicant repertoires of Anglophone settlers. After British victory in the South African War (1899-1902) against the Boer republics dagga came under imperialist scrutiny. Colonial officials registered ongoing confusion about the uses, effects, and cultural meanings of cannabis. They often conflated it with the indigenous species leonotus, also known as lion’s tail and wild dagga. The leaf is widely used for medicinal purposes.

No Colonial Consensus on the Cannabis Question

When the country was politically unified from four colonies into the Union of South Africa in 1910, there were, in fact, widely diverging official views about dagga lawmaking.

In the Cape, dagga was grown commercially. Its bulk sale was advertised in the Cape Times newspaper until around 1898. Although brought into the pharmacy law’s “poison” schedules in 1905, it’s regulation through medical professionals was contested by politicians representing dagga-growing constituencies. Pharmacists were accused of setting dramatically reduced wholesale prices and profiting from their monopoly. For some, it became a roaring, “non-medicinal” trade.

After unification, Cape physicians, police, government officials and wine farmers cooperated to lobby for more stringent controls. They claimed it was a substance that diminished the work ethic of agricultural laborers, increased crime, and encouraged sex across the color line.

In the Natal colony, early in the century, white settlers in towns along with African Christians and political activists, such as African National Congress’s first president, John Langalibalele Dube, called for dagga prohibition on similar grounds. Yet the Native Affairs Department stood firmly against this idea deep into the 1920s. It viewed the smoking of dagga as a cultural practice that should be regulated informally, through customary structures of patriarchy.

The department argued that dagga was used by respectable Zulu-speaking men “who should not be made criminals by a stroke of the pen”. And it warned it would be impossible to enforce and would likely produce rebellious sentiments.

Meanwhile, some traditional leaders proposed a law that would prohibit youth and women from smoking dagga, but would allow the practice among senior men.

In the Transvaal province during this period, the official concern about intoxicants was related to laborers in the gold mining sector. In contrast to Cape fruit growers, Witwatersrand mine inspectors surveyed in 1908 and 1911 firmly advocated tolerance for dagga-smoking in worker compounds.

There, new meanings and values around dagga smoking were being shaped by a dangerous and alienating work environment. Cannabis was seen as a source both of sociability and relief from anxiety and pain. For young migrant workers, smoking dagga was a cultural symbol of personal freedom and mature manhood.

Dagga Tacked on to Opium Laws

Meanwhile, from 1912, international governments began to negotiate on protocols for the control of the trade in opium, the controversial financial base of the British Indian colony. South Africa’s government came under ongoing pressure from London to conform to international agreements by passing a national anti-opium law.

In 1916, the Union government drafted the “Opium and other Habit-Forming Drugs Regulation” bill. It now used the leverage provided by international opium agreements to overrule dissenting voices on cannabis. The government also included both leonotus and cannabis species as “drugs” to be controlled, with punishments of £100 fines and six months of prison.

While provincial governments had sought dagga controls through Noxious Weed legislation and upscheduling in existing pharmacy law, dagga was now to be declared a “habit forming drug” under national authority.

As other scholars have observed, racist public panics around dagga in the early 1920s helped to push prohibition through parliament in 1922. Yet these had been ongoing from earlier in the century. For a variety of reasons, it suited the Smuts government to respond that year. Not least of these was the opportunity to represent government as responding to the race populism of its white electorate. This followed Smuts’s heavy-handed assault against striking white workers earlier that year, violence that killed 200 people.

Contestations within the white colonial government are important to note, because they proved consequential in the social and political effects of cannabis suppression into the 20th century. Those against the new law were offered an informal “compromise”. Native Affairs Department administrators were assured that, although the new law empowered authorities to police urban workplaces and “white” residential zones, it would “avoid drastic or ill-advised” control in “remote localities” – essentially the areas governed by traditional authorities.

The law, in other words, rested on segregation, a division of racial geography. As the century progressed, the effect of the laws’ unevenness shaped the illicit cannabis economies that developed in the wake of prohibition.

Communal (“tribal”) land became important for cultivating dagga. Through collusion with some police and white landowners, it was smuggled into urban and industrial spaces. Over time, many livelihoods came to depend on dagga cultivation and trade, precarious though these were.

More stringent policing and extensive raids began in the late 1950s. The law’s reach had dire consequences – overwhelmingly for black South Africans. It compounded other aspects of apartheid’s carceral politics.

The Constitutional Court’s ruling offers possibilities for reducing harms that have accompanied decades of punitive law enforcement. It follows trends of decriminalization world wide and introduces issues of dignity and rights into an ongoing debate.

This article was written by Thembisa Waetjen, Associate Professor of Historical Studies, University of Johannesburg and originally published on The Conversation under a Creative Commons license. Read the original article.