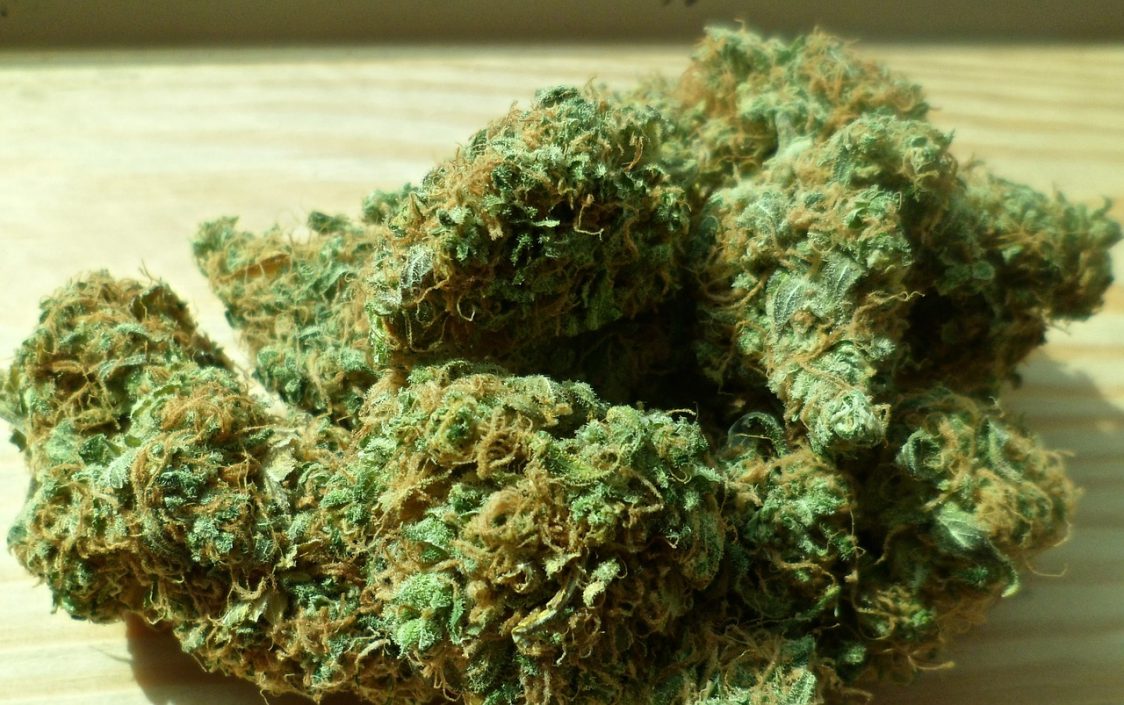 For decades, the marijuana industry operated underground, outside the confines of the law.

But even though at the federal level, possession and the use and sale of marijuana remain illegal, 29 states and the District of Columbia now allow medicinal marijuana to be sold for the treatment of specific diseases. Moreover, nine states now permit its recreational use.

As a linguist, I’ve been interested in exploring how legalization has changed the way we talk about the drug – specifically, how new dispensaries are marketing their product.

A drug that’s ripe for slang

Marijuana terminology is vast, with as many as 1,200 slang words used to describe the drug and its various strains.

Slang develops for several reasons. It’s a form of in-group signaling – a way for people who share a similar set of interests to communicate with one another. But it also allows people engaged in criminal activities to conceal their illegal pursuits.

Slang can quickly change. Once the general population becomes aware of the meanings behind certain words – and they become adopted in everyday speech – users feel compelled to create new lingo in order to remain subversive (or mask unlawful behavior).

Given marijuana’s decades-long status as an illegal drug – and its popularity relative to other drugs – it’s no surprise that a rich lexicon has developed over time.

Some of the marijuana slang is ephemeral, while others have endured for decades and tend to still be used in popular culture. They can be organized into six categories: Strains that reference geographical designations (Kona gold, Texas tea), names that reflect the strand’s color (blue sage, green goddess), terms derived from the word “marijuana” (Juanita, Mary Jane), words that reference the effects of the strain (giggle weed, dry high), how the marijuana is packaged (bale, doobie) and deceptive code words (astroturf, broccoli).

These words are metaphoric and graphic, conjuring up striking images that allude to the distinctive features of the drug and its iterations.

But now that marijuana has become legalized, there’s been a shift in the way the drug is marketed and sold. No longer is it peddled in parking lots and apartments. Instead, storefronts are cropping up on main streets in cities and towns across the country. And many of these dispensaries have vague, clinical-sounding names that are the exact opposite of weed’s vibrant, slangy jargon.

A few years ago, linguist Will Styler wrote about a gift certificate he had received from a family member for a “Wellness Center” in Denver. He immediately thought it was a gift certificate to a marijuana dispensary, but it was actually for a therapeutic massage. He wondered why he had made the assumption. After looking up how often the word “wellness” was used by dispensaries, he found that 65 out of Colorado’s 424 dispensaries (at the time) used the word.

His blog post inspired me to write an article that analyzed the names of Colorado’s medical marijuana dispensaries.

I found that many have vague names that don’t exactly alert the passersby to the product being sold. If you were to drive by “Advanced Medical Alternatives,” “Alameda Wellness Center,” “Kind Pain Management,” “New Age Management” or “Colorado Care Facility,” you might think you were passing a doctor’s office, physical therapist or homeopathic treatment center.

Other dispensaries allude to the organic nature of marijuana – the fact that it’s a plant cultivated just like tomatoes and corn that you purchase at the market: Emerald City Organics, Lucky Farms and LEAF Locals Emporium Farms.

Why are dispensaries advertising themselves this way?

Terms that make reference to the organic nature of marijuana might be signaling the fact that the marijuana is locally grown, which is good for the community and environment. Other dispensary names – those that include words like “wellness” and “care” – could be highlighting the product’s medicinal value. Together, they signal that stores are serious, legitimate enterprises – which is a way to avoid antagonizing locals who might not be fully on board with legalization.

Nevertheless, there are still subtle nods to the drug’s linguistic tradition of deception. For example, two dispensaries – Tender Healing Care and Total Health Concepts – have the initials “THC,” an abbreviation for tetrahydrocannabinol, the active ingredient in marijuana.

And because Colorado was at the forefront of the legalization movement – in 2012, it was the first state to authorize the legal sale of marijuana for recreational use – some of the state’s dispensaries have quirkier names that could appeal to tourists: Happy Camper Cannabis Company, Smokey’s 420 House and Bud Hut.

The potential branding of marijuana and its strains creates another new aspect of the language of cannabis. A brand name assigns a specific and unique personality to a product; it also creates a stable image so consumers know exactly what they are purchasing.

But since marijuana is an illegal drug at the federal level, the U.S. Patent and Trademark Office doesn’t grant requests from marijuana producers for trademarks.

Nevertheless, as a 2017 Forbes article points out, even though the trademarking of cannabis isn’t legal, the issue of branding will need to be addressed at some point. Without rules in place, it will be too easy for competitors to deceive consumers and advertise knock-offs, especially as competition grows.

In the meantime, from a linguistic perspective, these language tweaks taking place signify changes in not only how the public views marijuana but also how marijuana marketers want the public to view their product: as a safe substance used to alleviate pain, nausea, and anxiety.

As a once-illicit drug becomes folded into the mainstream, so does the language used to describe it. And so while people once needed to buy “dimebags” from their “kushman,” they can now purchase a package of cannabis cookies at their local “wellness center.”